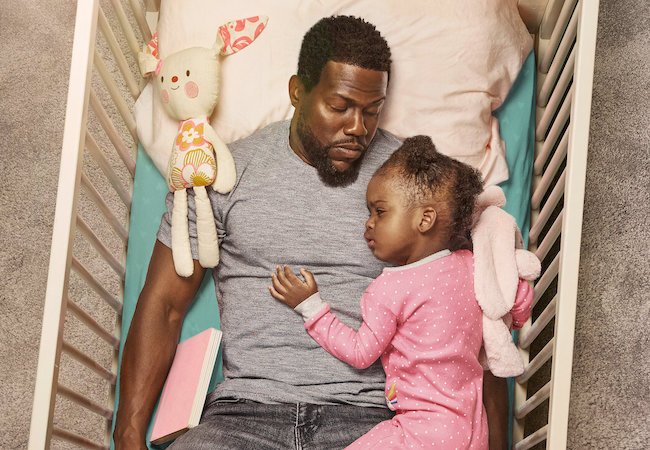 In today’s Movie News Rundown: A story about moviemaking with “Batman” and a reputed mobster; let’s discuss Kevin Hart’s Fatherhood; that multi-part documentary trend may have peaked. Plus: Ghosts.

‘You’re Gonna Get Punched in the Face’: Indie director Alex Ferrari, host of Indie Film Hustle, gives some blunt and very helpful advice about the cold realities of moviemaking. He says his misadventures include making a movie for a mobster, with an actor who played Batman, as he explains at the 3:25 mark below. Check him out in the episode of Demystified, from our friends at StudioFest:

Dads on Fatherhood: In the latest episode of the Low Key podcast, dads Aaron Lanton and me and non-dad Keith Dennie discuss Fatherhood, the new Netflix Kevin Hart movie about a dad who suddenly becomes a single parent when his wife dies sooner after giving birth to their daughter. We talk about diapers, walking, dumb day-care centers — dad stuff. And also about how moms are the best.

Shorter Docs: After embracing more and more multi-part documentaries, “major platforms such as HBO, Netflix and Amazon are seeking shorter series or the traditional 90-minute, one-off documentary,” Variety reports, adding, “viewer data structures and algorithms have convinced doc buyers that more is not necessarily better.” I guess it depends on the documentary.

‘You Can’t Become Stagnant Where There’s an Ocean Outside Your Door’: The new Netflix docuseries Sophie brings us a genre I can’t believe I’ve never seen before: Irish true crime. The Irish reputation for colorful turns of phrase and deft storytelling adds a sad beauty to the tragic story of Sophie Toscan du Plantier, a French woman murdered in West Cork around Christmas 1996. Many of the local residents interviewed for the production deliver lines that could be stenciled on pillows, including the woman quoted at the start of this item, who artfully explains that living by the sea makes one more open-minded.

Also: There is a ghost angle.

Is It Too Soon to Talk About Ghost Dad? I saw the 1990 Bill Cosby comedy in a theater as a youth. He plays a dad who sort of dies in an accident caused by a Satanist cab driver but is still able to communicate with his kids and become a better dad than he ever was when he was alive. Think Mrs. Doubtfire, but a ghost. Anyway, what happened yesterday was a legal disaster whether you believe Cosby should have served his full sentence or that he’s an innocent man who never should have gone to prison in the first place.

Anyway: What a fine ten-part documentary this will be.