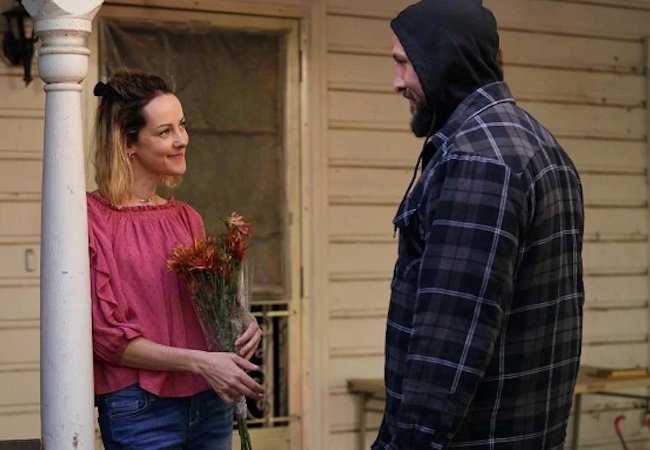 When Sabrina Doyle was casting her film Lorelei — a working-class fable about a biker, a mermaid, and three shades of blue — she had Emmy nominee Pablo Schreiber (Orange Is the New Black) and Golden Globe nominee Jena Malone (The Hunger Games).

What she didn’t have were the three child actors who are crucial to the film.

“Finding the kids was kind of key to pulling off this film and making this family feel like a real family. And that was a challenge because we were casting locally, and we brought Pablo and Jena in, but everyone else who had to be a local hire,” she said on the latest episode of the MovieMaker podcast, which you can listen to above or on Spotify and Apple.

Hiring locally meant that they could only cast children from the Portland, Oregon area. Producers Kevin Chinoy and Francesca Silvestri had worked with director Sean Baker on The Florida Project and knew that he had scouted for child actors at grocery stores — so Doyle tried the same approach, and with great success.

“We kind of just would go to theater camps, summer fairs, you know, anywhere where people congregate and children congregate, and just kind of hand out flyers and say, ‘We’re making a movie, we’re looking for three newcomers,'” she said. “You can spot a sort of charismatic child who’s a leader from a distance — you can kind of see that they have a sort of quality that makes people pay attention to them.”

Also Read: Creation Stories and the Birth of Brit Pop: A Q&A With Ewen Bremner, Jason Isaacs and Nick Moran

And she didn’t want to compromise on specific details of the character’s identities. The children, named after different shades of blue, are played by Parker Pascoe-Sheppard, Amelia Borgerding and Chancellor Perry.

“Two of the actors were sort of bigger challenges to cast. Dodger is biracial, and casting, as I said — Oregon is a very white state,  and so there was a sort of smaller pool of young biracial actors to draw from there. And then obviously I wanted the Denim character to be a child that truly was non-binary. But we got very lucky,” she said. “I’m just so proud of these kids. I mean, they’d never acted before this movie. And the two younger ones haven’t acted at all.”

It also helped the children to have a fellow former child actor on the Lorelei set to guide them through the process.

“Jena [Malone] was a child actor herself and kind of understood from her own experience what these kids were going through and really mentored them and encouraged them to be questioning onset and not just absorb information and absorb directives and commands and direction from me, but to ask questions and to actively engage in the process,” she said. “She encouraged them to do that, which I think was a great piece of advice.”

Malone was also a big help in the scene in which Parker Pascoe-Sheppard’s character Denim spits on Malone’s character, Dolores.

“That was obviously a really hard scene for a polite, lovely child to spit out an adult. It’s not something you ever do in real life. But Jena made it really fun,” she said. She turned it into a game and she really walked Parker through that scene and she said, well, let me see how much spit you have. Is that all you have for me? She turned it into a game and kind of encouraged them to swirl the spirit around in their mouth, collect it, spit it out, and it was really, you know, she made it fun. And I think it became less taboo.”

Lorelei, directed by Sabrina Doyle, is now in select theaters and available on demand.

This story was originally published in June when Lorelei screened at the Tribeca Festival, and has been updated.