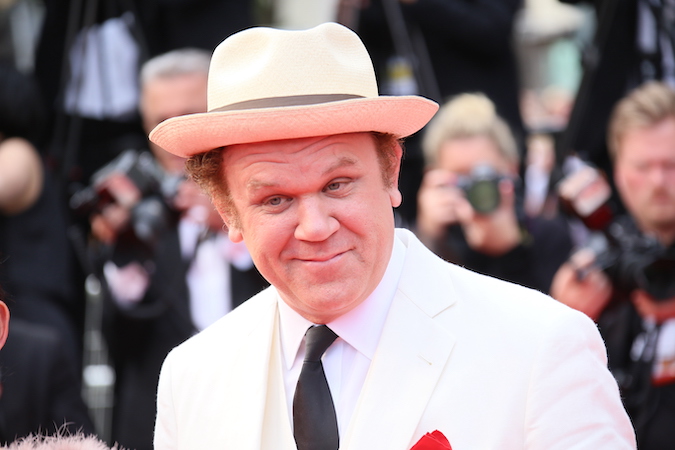 Reilly appeared in all three of Anderson’s first three films — 1996’s Hard Eight,  1997’s Boogie Nights and 1999’s Magnolia — and goes back to the San Fernando Valley (setting of Boogie Nights and Magnolia) to speak a couple of lines in a Licorice Pizza scene set at an event called the Teen-Age Fair.

It’s a 1973 teenage dream: an event that features such then-red hot pop culture icons as Herbie the Love Bug, the Batmobile, and The Munsters. (All three were products of the ’60s, but classics have a way of maintaining popularity through the years and decades.)

The Teen-Age Fair section of the film is short but crucial: Not only does it give us a great window into early ’70s life, but it also sets up 15-year-old main character Gary Valentine (Cooper Hoffman) drawing the concern of his 25-year-old love interest, Alana Kane (Alana Haim).

Valentine turns up at the Teen-Age Fair to promote his waterbed company — uncomfortably named Soggy Bottom, which was the original name of Licorice Pizza. (Foggy Bottom, meanwhile, is a neighborhood near the Watergate complex, which gave its name to the Watergate scandal that was in full swing at the time the film takes place.)

But the Teen-Age Fair section would be a delight even if it served only to highlight Reilly’s hilarious decision to play a 1960s sitcom character for a few fleeting seconds in his friend Anderson’s love letter to the 1970s San Fernando Valley of his youth.

IMDb and other sites have said that Reilly is playing Fred Gwynne, the actor who played Herman Munster, but it’s uncertain whether that’s actually the case. In the film, Reilly’s Herman Munster insists to a fan that he is the real Herman Munster, while shooing him away. But he doesn’t sound like Fred Gwynne: He sounds like John C. Reilly.

Would the real Fred Gwynne have made time for Teen-Age Fair in 1973? It’s possible. He has no film or TV credits listed for that year. He was, however, a prolific actor until his death in 1993 at age 66, and was very good as the judge in My Cousin Vinny in 1992.

Nearly half a century after the Teen-Age Fair, the Munsters are again maneuvering for the hearts of Teen Agers of all ages: Rob Zombie is rebooting the monstrous family, with Jeff Daniel Phillips in the coveted role of Herman Munster.

A rep for Reilly did not immediately respond to a request for comment.

Licorice Pizza is now in theaters.

This post was originally published Dec. 1, 2021 and has been updated throughout based on our delightful second viewing of Licorice Pizza.