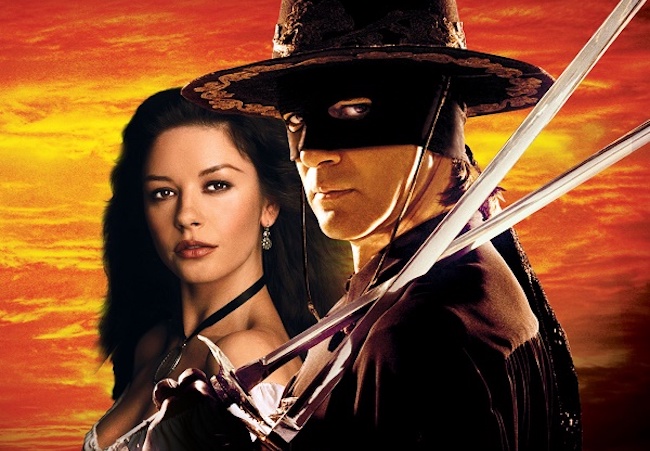 Again With the Masks: Los Angeles County will begin requiring masks indoors again, starting at 11:59 p.m. Saturday, regardless of vaccination status. This comes one month after California dropped its statewide mask mandate, and after the highest number of new infections since early March, ABC 7 reports.

Proof of Vaccination Required: Deadline reports that some Hollywood events, such as the Ted Lasso Season 2 premiere, are requiring guests to share ““proof of full-vaccination and a negative COVID-19 test.”

May I Editorialize?: Good for these Hollywood events! Vaccinations and tests are very easy to get now. Remember a year ago when we were desperate for a vaccine and tests were a huge and expensive hassle? And if you’re complaining about a two-tiered society, one for the vaxxed and one for the unvaxxed, well…  you have no Constitutional right to attend the Ted Lasso Season 2 premiere.

All Newsletter Are Terrible, Except This One. Sign Up Here

Also? I haven’t lived full-time in L.A. in more than a year (family reasons, not COVID-19 related), but I’m thinking of all my friends there, and hope you can stay calm and resist outside pressure to be pessimistic. There’s a tendency in our news and social media to assume things will turn out as badly as possible, but they usually don’t. You’ve already made it through some very hard months, and that was before these widely available vaccines and tests. Be strong, and love you guys.

More Ted Lasso: Jason Sudeikis, the show’s star and co-creator, wore a shirt to the premiere that read “Jadon & Marcus & Bukayo,” a reference to three Black players, Jadon Sancho, Marcus Rashford and Bukayo Saka, who have been targeted for racist vitriol after missing penalty kicks in the Euro 2020 final.

Antonio Banderas Joins Indiana Jones 5: That’s it, that’s the news. No other details at this time. Okay, if you insist, here is the Variety story.

Related: If you like Indiana Jones, you would love Banderas in 1998’s The Mask of Zorro. In one of my favorite reviews ever, The Wall Street Journal‘s Joe Morgenstern called it “a gift from the movie gods.”

Mad (About Dogs) Man: In Boston, Jon Hamm is walking around playing with people’s dogs. He’s in town to film the new Fletch reboot Confess, Fletch in which the intrepid investigative reporter played by Chevy Chase in the ’80s finds himself… suspected of murder.

Weinstein Investigation Film She Said Gets a Release Date: The film, starring Carey Mulligan and Zoe Kazan as Megan Twohey and Jodi Kantor, The New York Times reporters who exposed Harvey Weinstein’s abuse, will be out Nov. 18, 2022, according to this excellent TheWrap story by former MovieMaker intern Loree Seitz.

‘Kissing, Spitting and Puking: The Highs and Lows of Cannes’: Is the headline of this spirited Cannes roundup by France 24. The last part is what Renate Reinsve, the breakout 33-year-old Norwegian star of The Worst Person in the World, did in nervous response to all the attention she’s gotten for the film. France 24 helpfully adds: “Lesbian movies are definitely having a moment, though in very different ways.” The reference is to Paul Verhoeven’s nunnery-based drama Benedetta and, also to Julia Ducournau’s Titane, in which “the lead character’s interest in women is perhaps trumped by the fact she manages to get pregnant by a vintage Cadillac.”

Tell Me More About This, How Do You Say, Worst Person in the World: Neon just announced it has won the North American rights to distribute the film, which is the third in Joachim Trier’s Oslo trilogy and follows four years in the life of young woman trying to figure out her love life and career.

Some [Folks] Are Always Trying to Ice Skate Uphill: For whatever reason many MCU aficionados really want a third cinematic run at The Fantastic Four and this piece in The Hollywood Reporter argues that the Loki season finale could be setting one up.

I Love L.A.: People love to tell you that this whole song is ironic, and a searing critique of L.A., but L.A. is so satire-proof and indifferent to critique that “I Love L.A.” has transcended whatever Randy Newman originally intended to now serve simply as a synth-drenched love letter.

Main Image: Catherine Zeta-Jones and Antonio Banderas in The Mask of Zorro, “a gift from the movie gods.”