In “Kung Pao Corpse,” A Delivery Driver Talks Prejudice With a Zombie 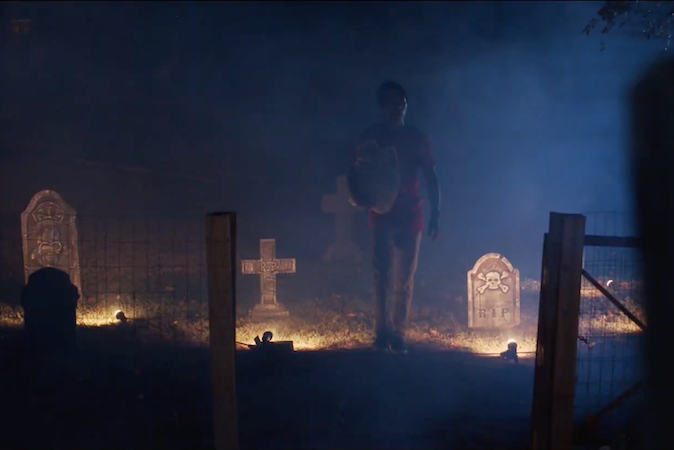 Also in the “Hazardous Duties” block was my favorite short of the evening, “Kung Pao Corpse,” which delivers on what makes great horror — it took something inherently frightening and twisted it into something socially relevant. Director Zach Burkett’s artfully crafted short was born out of an idea ignited driving by a Savannah cemetery: “What if a food delivery driver talked about prejudice with a zombie?

“Who are the two most different personalities you could imagine that could come together?” Burkett further clarifies at the festival.

While written in less than a day, it’s seems clear this is something Burkett was ruminating on for some time. The zombie in question is actor and producer Kevin Saunders — whose role as the Black zombie helps comment on the inherent prejudice of interracial communication.

Burkett and Saunders are roommates who met their “Kung Pao Corpse” cinematographer at another Atlanta film fest housed at nearby Dad’s Garage Theatre. Saunders and Burkett are fast at work on their next collaboration. “We’re actually in the process of shooting our next short, which we start filming Friday,” says Burkett.

The Atlanta Horror Film Festival runs from October 14 to 17.

NFMLA Showcases Female Cinema With 6 Jessicas, Best Friends at a Bar, and a Political Mom
The World’s 50 Best Genre Festivals 2021, Presented by FilmFreeway