Kasi Lemmons: Harriet Is ‘a Savior Movie and Not a Slavery Movie’ 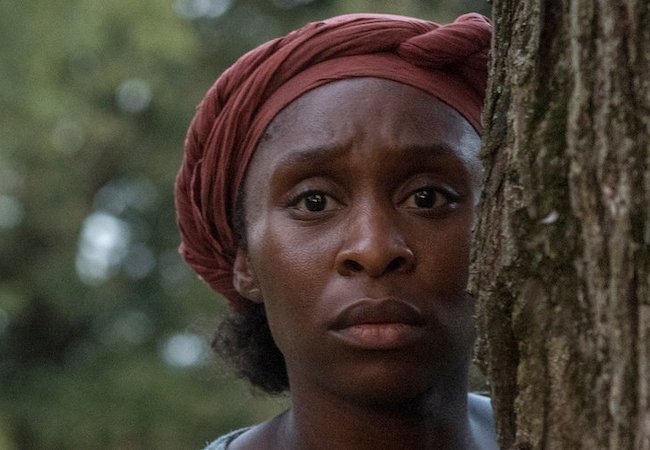 “If I ask you, ‘What is the story of Harriet Tubman,’ what are you going to say?” Lemmons said. “The story to me is about freedom, it’s about movement, it’s that she escaped. She escaped slavery and then she went back to liberate others. Escaping and liberating others. I really concentrated on it being a savior movie and not a slavery movie.”

Despite being one of the greatest heroes of American history, Harriet Tubman has never received the biopic she deserves. Lemmons set out to correct that with Harriet, which stars Cynthia Erivo (Widows, Bad Times at the El Royale) in the title role.

After starting out as an actress in the late 1980s (her roles included playing Ardelia Mapp in Best Picture winner Silence of the Lambs), Lemmons went on to write and direct 1997’s Eve’s Bayou, which launched her career as a writer and director.

Lemmons talked to MovieMaker about the film’s long journey to the screen, why Hollywood is finally ready to tell the story of a black heroine, and how she crafted the film to make sure “a sophisticated ten-year-old could see with his grandmother.”

Daniel Joyaux, MovieMakerMagazine (MM): Harriet Tubman is a massive historical figure. Why do you think she hadn’t gotten the biopic treatment yet?

Kasi Lemmons (KL): It definitely wasn’t for lack of trying. It’s hard to get any film made, and part of my career is that it’s hard to get black dramas made. Especially a black period drama with a female protagonist. But that time has come. The powers that be are ready to see that there’s an audience for black female-driven movies. That should have been a no-brainer, but it’s been a tricky contest.

We’ve been told over and over again that these things are very difficult to get an audience for. Part of what aligned the stars to get this one made is that we had a great actress attached, but I think its time has really come.

MM: Did you and co-writer Gregory Allen Howard work together, or did his script already exist and you rewrote it?

KL: Gregory was really ahead of his time. He first wrote the script 20 years ago. He tried to get the film made at Disney, and then about five years ago he approached [producer] Debra Martin Chase and said that he really wanted to get this film made. When they came to me 2 ½ years ago, it was with the understanding that I would rewrite the script, because it really hadn’t been rewritten in 20 years. So I came to it with the mission of really trying to get to her womanhood.

KL: We didn’t. We knew we wanted to do theatrical. That was the goal and the dream of the producers. And that was also something that Focus Features said to us: “Whatever you do, do it theatrical.” That meant a lot to me, because we should be able to do this movie theatrical, and it should be able to get an audience. I wanted a movie that a sophisticated ten-year-old could see with his grandmother.

MM: Was the goal always to get it to two hours, or were there times where you imagined Harriet as a more expansive, Malcolm X-style epic?

KL: Well certainly I did once I started doing my research. My treatments were very long. So there was a process of honing it down to get it to a manageable length. And frankly, we shot a lot more. My first cut was much longer, as first cuts often are.

MM: Cynthia Erivo went from not having been in a film to suddenly being in several. When she became your target for Harriet, had she already been cast in Widows or Bad Times at the El Royale? Had she shot either of those films yet?

KL: I was introduced to Cynthia at my first meeting on Harriet. I knew [the producers] had been talking to somebody, and I don’t know what I was expecting but I wasn’t expecting to be impressed. But just looking at her told me they were serious. This was somebody who realistically could play Harriet Tubman. I knew of her even though I hadn’t seen her on Broadway. But very quickly I could educate myself.

She was shooting Widows when I had my first meeting, and when I signed on she was shooting El Royale. So I didn’t really start meeting Cynthia until I was diving into my research. That’s when I started to have a really clear picture of who Harriet was, and who she was physically. And I could tell Cynthia had the fire in her to play the role.

MM: Cynthia had already won a Tony, and you knew she was a knockout of a singer. When did it first get broached for her to do a song for the film?

KL: She sings as Harriet in the movie, so we had already been listening to her and we had been talking about what purpose music had in the film, and in Harriet’s life. It’s not about prettiness, it’s about communication. I was listening to a lot of demos from artists, and hearing some really great stuff but not quite hearing what connected to me, or to the old traditions I wanted to draw from. And then I heard a song written by Joshuah Campbell—the tribute he did to John Lewis—and I asked him for a demo and he did the first draft of the song. Then Cynthia came on and they wrote together.

MM: Your cinematographer, John Toll, is known for films like Braveheartand The Last Samurai—historical epics with a classical sense of heroism at the center. Is that deliberately what you were going for?

KL: Yes, it’s certainly not a fluke that he came on Harriet. It’s a small film by certain standards, but I wanted it to have a big movie feel. We were trying to make an audience-friendly film and I wanted it to have scope. I knew that was something he could deliver. Obviously John is a pro and a genius, and I was very lucky to get him.

MM: You’ve tended to work mostly with the same composer and editor [Terence Blanchard and Terilyn A. Shropshire, respectively], but often work with different cinematographers. Where do you find the balance between having continuity with your key collaborators or having new voices? And how do you decide which spots on the crew you want steadiness with and which spots are open to those new voices?

KL: I love working with people I’ve worked with before. I really adore it. But sometimes it’s important to get out of that to see how everything holds up with different collaborators. I’ve worked with different cinematographers on most of my films, which is deliberate in some ways but in some ways is incidental. When I start to do a film I look at who’s available and what kind of photography relates to that specific film. I loved working with Stéphane [Fontaine] on Talk To Me—I think he’s fantastic. And I love John Toll. But they’re very different cinematographers and those two movies are very different in the types of camera movement that I wanted. It’s a question of what the story really calls for, and of what I’m seeing when I’m imagining the movie.

MM: Your filmography perfectly switches back and forth between period pieces and contemporary-set films. Is that by design or something that you consciously think about?

KL: [Laughs] It’s not something I consciously think about. I really do love period pieces, but I also really like contemporary pieces. It usually just starts with a character that I’m interested in or fall in love with. The period just becomes how the story tells itself to me. So it just depends.

MM: The one small complaint I had about Harriet was that I worried for a film about slavery, it didn’t go far enough in showing the cruelty. Obviously that’s a sensitive subject, and you also said you wanted to make a film that was more accessible to broad audiences than, say, 12 Years a Slaveor even Django Unchained. How did you find that balance without also shying away from the truth of the story you were telling?

KL: It’s super important to talk about the violence of slavery, but there are different types of violence. I really wanted to talk about the violence of family separation and the choices that people had to make. I felt that a lot has been said, and very eloquently, in film language about the damage done to people’s bodies. I really wanted to talk about family and the sacrifices that people made. It was very moving to me to find out about the stories just within her family—her sister not wanting to leave her children, her other sisters being sold away, and her brother leaving his wife in childbirth. Those stories were very important to me and it was a different kind of violence that I was interested in. …

And even though I would never want to downplay cruelty in slavery, I was trying to talk about it in a different way. It wasn’t about shying away from violence, even though at a certain point I realized I wanted kids to be able to see it. It seemed to me that it would be tragic to take the film away from young people. But it really wasn’t shying away so much as I really did want to focus on the story of Harriet Tubman, her family, and the move toward freedom. That’s what I think the Harriet Tubman story is—a freedom story.