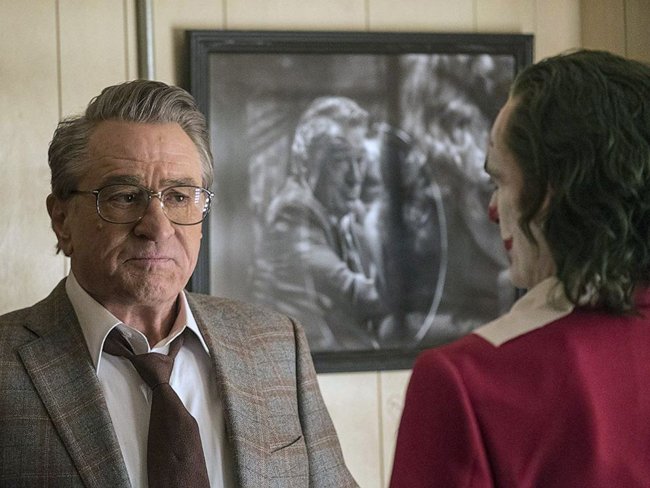 Martin Scorsese’s The Irishman has no bigger challenger this Oscar season than Joker, a film heavily inspired by Scorsese’s own Taxi Driver and King of Comedy.

If Joker beats The Irishman in any of the major categories, it will be a strange case of a veteran being beaten by a film heavily inspired by two films he made decades ago.

It would also be striking given that Scorsese said last year that comic-book movies are “not cinema.” Though he was referencing Marvel blockbusters, some fans took it as a criticism of all comic-book-inspired movies. Joker is a DC Comics character, though the film isn’t connected to other recent DC Comics movies, like Wonder Woman and Justice League.

The plot of Joker, about a man named Arthur (Joaquin Phoenix) who loses his mind in a city without empathy, closely parallels the plots of Taxi Driver (1977) and King of Comedy (1983). Both Joker and and Taxi Driver feature an isolated man obsessed by a woman who isn’t interested in him, and both Joker and King of Comedy involve a man fixated on a talk show host.The Irishman star Robert De Niro, who stars in both films, appears in Phillips’ film as a late-night talk show host similar to the one Jerry Lewis played in King of Comedy.

Joker takes place in 1981, right in-between Taxi Driver and King of Comedy, and the Joker of 1981 closely parallels the gritty, crime-ridden New York of the late ’70s and early ’80s.

Scorsese was even named as a possible executive producer on Joker, when it was first announced in August of 2017. But he backed out, and his producing partner Emma Tillinger Koskoff took over as a producer for Phillips’ film.