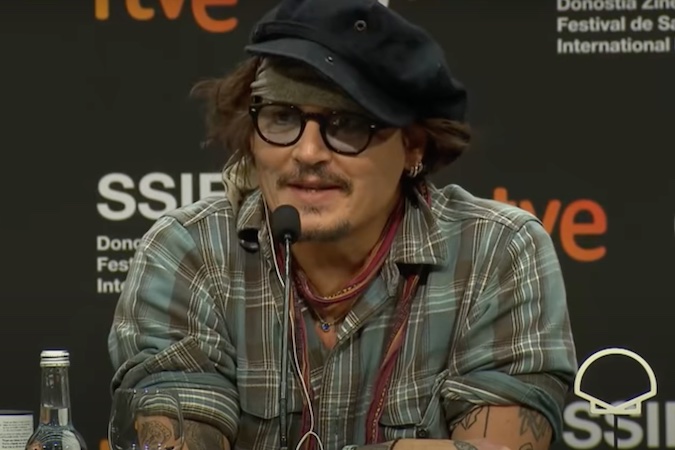 Johnny Depp criticizes cancel culture as reporters hang on his every word; a strike by IATSE’s 150,000 members looks increasingly possible; R.I.P. to Melvin Van Peebles, an icon, revolutionary, and baadasssss.

Cancelled: Johnny Depp bemoaned yesterday that “no one is safe” from cancel culture, while speaking into a microphone to a room filled with journalists.  “It takes one sentence and there’s no more ground, the carpet has been pulled,” he said, according to dozens of articles by news agencies across the globe. “It’s not just me that this has happened to, it’s happened to a lot of people,” added the tragically deplatformed actor, while speaking from a platform. Depp spoke at the San Sebastian Film Festival, where he was presented with an award. One reporter viciously started the massacre by congratulating Depp on the award, adding, “Thank you very much for all of your performances in your career.” Will no one cut Johnny Depp a break?

Where Can I Watch This? Here is a video that has been watched so far by 10,000 people.

Recommended: Variety spoke with Charlese Antoinette Jones, whose costume design credits include Judas and the Black Messiah, and script coordinator Shawn Waugh, who worked on Fear the Walking Dead, about some of the hardships they and others in the industry have faced. It illuminates the issues that could lead to a strike. Jones notes that she only started being paid scale two years ago. Waugh says he once had to step out of a funeral to deal with a script problem, with no warning. There’s much more.

R.I.P. Melvin Van Peebles: The iconic writer, director and actor, dubbed the Godfather of modern Black cinema, has died at 89. After working as a critic, playwright and author, among other jobs, he released his first feature, The Watermelon Man, in 1970. The next year, he released Sweet Sweetback’s Baadassss Song, which he partly funded himself with his Watermelon Man salary. Budgeted at $150,000, it went on to earn $15 million, and earned praise from The Black Panther Party, among others, for being revolutionary in every sense. Last year, it was added to the United States National Film Registry by the Library of Congress.  Melvin Van Peebles also worked with his son, Mario Van Peebles, who played his father in the 2003 biopic Baadasssss!

Sweet Sweetback’s Significance: It broke down barriers for independent filmmakers by proving they could finance and profit from their own films, proved to Hollywood that films about Black power could thrive financially, and helped spawn the Blaxploitation genre. Van Peebles also brilliantly used the soundtrack, led by Earth, Wind & Fire, to promote the film, despite having little budget for traditional marketing.

“This Film Is Dedicated to All the Brothers and Sisters Who Had Enough of the Man”: Here’s the trailer for a rerelease of Sweet Sweetback’s Baadassss Song, with praise from Spike Lee and Black Panthers co-founder Huey P. Newton.