John Waters and Killer Rabbits: A Night at the Drive-In, July 2020 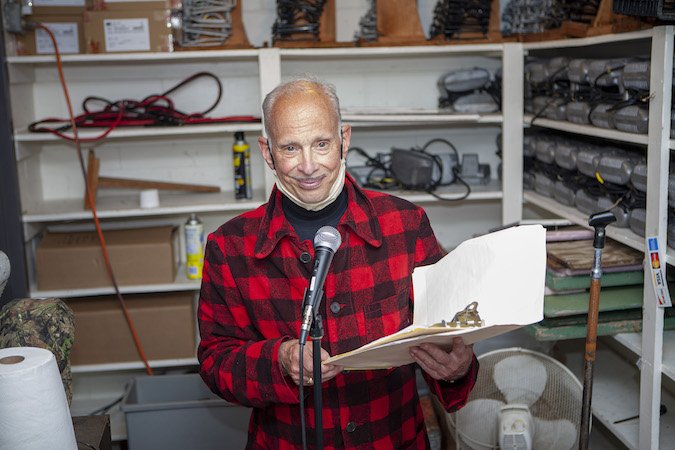 “I got my film education at the drive-in, and tonight, you will too,” John Waters said Friday night, as he introduced the two preposterous films he had programmed for the Provincetown International Film Festival.

We honked our approval.

With film festivals across the country cancelled or driven online, Provincetown, a festival in the largely gay Massachusetts artists’ colony, took advantage of its proximity to one of the country’s most beautifully preserved drive-in theaters: The Wellfleet, off a touristy Cape Cod highway, surrounded by lush green.

Almost everything in America is cancelled: in-person parties, talking to strangers, going to movies — basically, everything you might typically do at a film festival. But the past, as always, holds the answers for how to handle our present disasters.

The days of John Waters’ 1950s and ’60s upbringing were restrictive in a different way than things are now, not because of a virus but because of morality. Drive-ins used to be among the only places for people to cut loose.

“They were called Passion Pits,” Waters said. “I was arrested in a drive-in, in my life, for underaged drinking. One girl was seen urinating at the side of the car. Don’t do that tonight.” 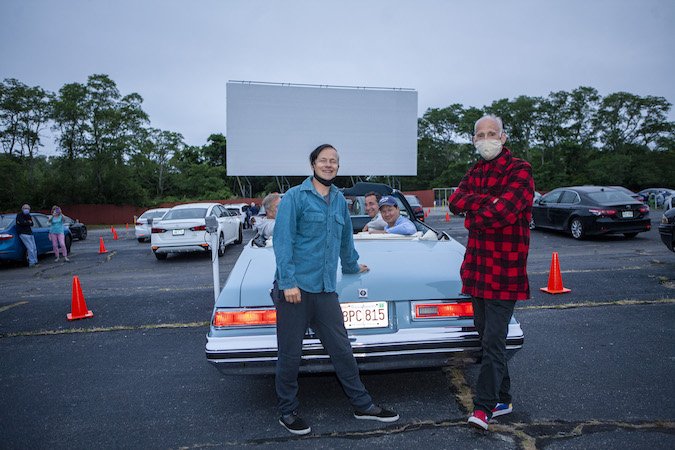 John Waters and friends at the Wellfleet Drive-In. Main image above: John Waters introduces the films Night of the Lepus and Kitten With a Whip for a special Provincetown Film Festival screening. All photos courtesy of Mae Gammino / PIFF

But on Friday, Waters made a repression-fueled trip to the drive-in fun again: We gathered in our socially distanced cars to watch Night of the Lepus (released in 1972, the same year as Waters’ Pink Flamingos) and the magnificently titled Kitten With a Whip, starring Ann-Margret as 1964’s version of a girl gone bad. We left after Night of the Lepus (we have a baby too young to be exposed to the fiery passions of Ann-Margret). But what a nice time we had.

Drive-ins have faded dramatically in popularity in recent decades as the number of indoor theaters has increased, and that’s too bad. You know how streaming services are flourishing because people don’t want to deal with the hassle of driving to the movies, parking, going inside, finding seats, getting distracted by talking neighbors, filing back outside, finding the car, etc.?

What if all the hassle could be limited to “driving to the movies” and “parking”?

Such is the joy of drive-ins.

And drive-ins are safe. At a time when every trip to the store feels like a health risk, and even masked coffee-shop employees continue to pass drinks to customers by palming their lids, where mouths go (what’s that about?), the Wellfleet is a model of cleanliness and caution: You order your food and drinks at an outside counter, then wait for them outside while people make them inside, and hand them out through a window. No contact. Perfect.

My wife and I have been to two drive-in theaters in the past week, the first time to see a revival of Empire Strikes Back. We had the aforementioned baby both times, and he cries, which makes things harder than I imagine they are for the non-babied among us. But as inconvenient as the please-be-quiet strolls and frequent feedings were at the drive-in, taking a baby into an indoor theater would have been unimaginable.

The drive-in makes family viewing possible. When baby was happy, we could sit in little chairs outside the car. When he wasn’t, we could go inside, roll up the windows, and turn on the AC. When he got tired of that, I could walk him right up under the screen, away from everyone, and show him the killer bunnies.

Oh, right: Night of the Lepus is about killer bunnies who grow to bear size and terrorize a small Arizona town. Desperately trying to contain the outbreak are Janet Leigh, DeForest Kelley, and two to three middle-aged dudes who look almost exactly alike.

As Waters summarized:”What a terrible title. No one could pronounce it. They changed it to Rabbits but it was much too late,” Waters said. “They filmed them stomping miniature sets with ketchup smeared on their faces… they even used humans in bunny costumes joining in on the supposed frightening mayhem. It was not supposed to be funny. It was a horror thriller. But how can a bunny be scary?”

We couldn’t stop laughing at the rabbits, and honking our delight. One thing we all miss about indoor theaters is that there’s something very connective about sitting in an audience among strangers and laughing together at something intended to be funny.

But there’s something even more connective, and I might say beautiful, about sitting at a distance from strangers and laughing together at something not intended to be funny.

We had to overcome physical separation and cognitive dissonance, simultaneously, and we did. We could hear each other’s laughter through half-opened windows, or register it from the honking of each other’s horns.

It was great escapism to watch the people of 1972 mishandle their deadly outbreak almost as badly as we’ve mishandled ours.  The bunny attack seemed more manageable than our own crisis. The total body count in Night of the Lepus is about 20 ketchup-covered bodies. 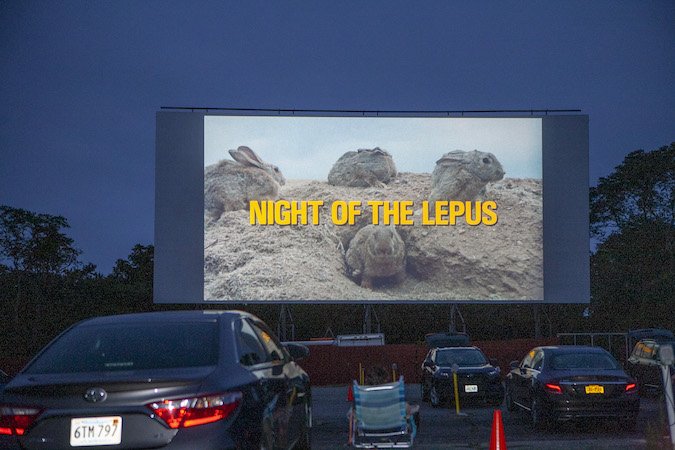 Socially distanced cars at a Provincetown International Film Festival screening of Night of the Lepus, presented by John Waters. All photos courtesy of Mae Gammino / PIFF

And Night of the Lepus also provides, dare I say it, a modicum of hope. In the climax of the film (spoiler!), a sheriff’s deputy takes the final stand against the rabbits at, yes, a drive-in theater.

He goes beneath the screen, and announces to the parked theatergoers that a pack of killer bunnies is on the way. He pleads: Can he count on them to help contain the rabbits?

They honk their horns and flash their lights to signal their pledge their commitment. So did we.

The drive-in can save us all again.

The Provincetown Film Festival is now underway online. The Wellfleet Drive-In Theater operates all summer. You should go.