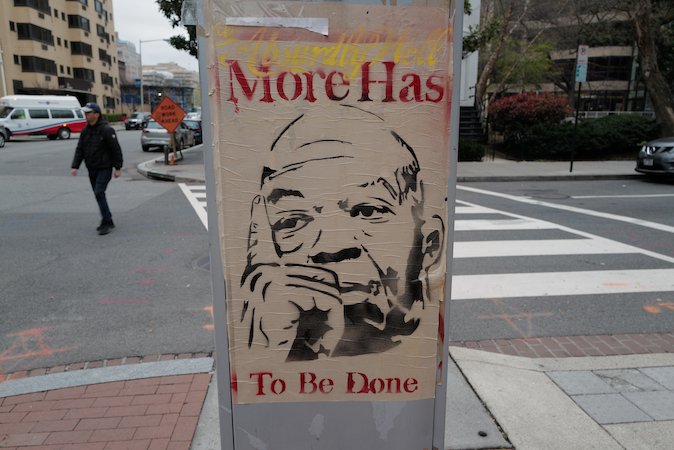 In today’s Movie News Rundown: Dawn Porter, director of the Rep. John Lewis doc Good Trouble, remembers him on the day of his funeral; John Cleese sets off a massive debate about whether critics are qualified to criticize; the Emmys are going online; and Tyler Perry details how he shot a full TV season in 11 days, in quarantine. Plus: Kajillionaire.

‘He Didn’t Focus on the Divisions’: CBS just ran a terrific interview with Dawn Porter, director of the documentary John Lewis: Good Trouble, about his lifelong fight for Civil Rights. She said that no matter how grim the circumstances or divided the country, John Lewis remained courageous — and strategic. Watch:

Civil rights icon and Congressman John Lewis “loved the promise of America,” Dawn Porter, the director of “John Lewis: Good Trouble,” says. “No matter what he was faced with, what circumstances, he could find a bit of hope.” pic.twitter.com/xWV3ErzGS0

Sweatpants Emmys: This Emmys will be virtual, Variety exclusively reports. So producers will need to find a way to cut off speeches made from kitchen tables.

Tyler Perry in Camp Quarantine: This Hollywood Reporter interview with Tyler Perry is a must-read if you’re trying to shoot a project during the pandemic, and fascinating even if you aren’t. Perry goes into the specifics about how his show Sistas became the first TV show to shoot a season in from quarantine by keeping the whole cast and crew together, testing meticulously, and making adjustments for a handful of positive test results. The show started a day behind schedule due to a delay in test results, but finished a day ahead — finishing 22 episodes in 11 days. Perry starts shooting a season of his show The Oval today.

John Cleese on Critics: The Monty Python veteran set off a massive Twitter debate when he posed a question that’s been asked of every one of us who has ever gotten a bad review: “Instead of having ‘critics’ who can’t themselves direct, write, act, sing, dance or claim any other kind of expertise, would we not get superior commentary from people who can ? Why should artistic criticism from untalented people be preferred to that of outstandingly talented ones?” Critics had some criticisms, in his replies.

He Has a Point, Though: The internet has generated a swarm of self-proclaimed critics who can’t offer anything beyond a subjective opinion that something is “good” or “bad.” The problem isn’t that they have no experience making films — they have no experience closely watching films. A real critic has empathy for both the creator and the audience, and reviews something based on whether the artist succeeds in affecting the audience as intended. A real critic also has enough knowledge and expertise to recognize the work in the context of what came before it, and society at large, and bridges creator and consumer. That takes years, and work. Some self-proclaimed critics have gained popularity because of clicks, views and upvotes dispensed by the similarly unqualified. It’s a tidy parallel for what’s happening to journalism in general: We vote with our clicks for what we hope to be true, not for stories that work hardest to be true.

Also? Moviemakers tend to be bad critics because anyone who has gone through the struggle of making something is probably more hesitant to criticize someone else who at least tried. Even bad movies are hard to make.

Kajillionaire:  Here’s the poster for Miranda July’s Kajillionaire, starring Evan Rachel Wood, Debra Winger and Richard Jenkins as a family of con artists whose hustles are disrupted by the arrival of a character played by Gina Rodriguez. The new issue of MovieMaker Magazine has a conversation with July that compares parenthood to leading a cult, and it’s haunted me for weeks. 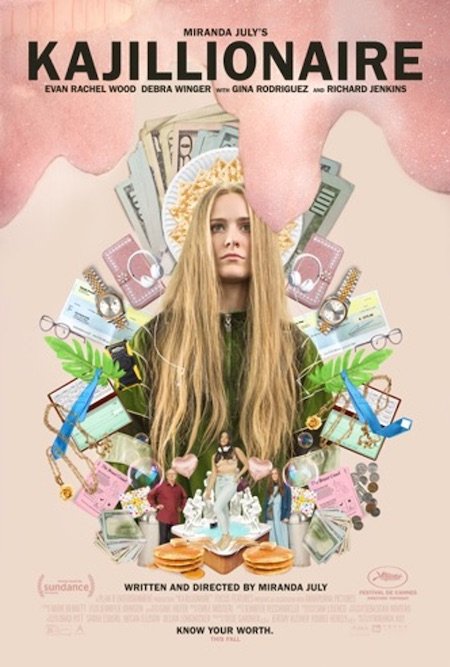