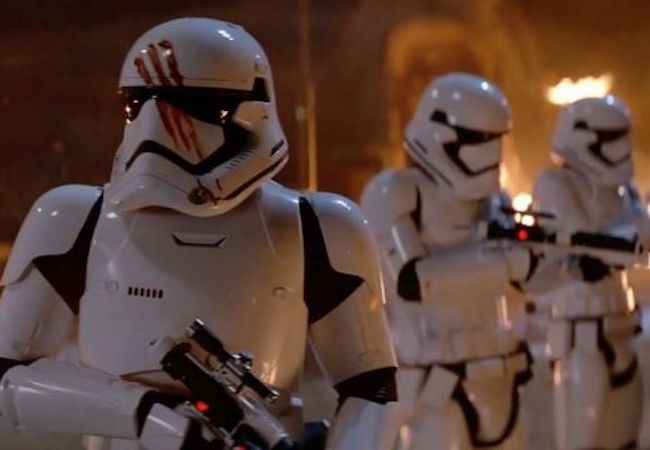 John Boyega says the new Star Wars trilogy pushed his character to the side in favor of white characters; Venice attempts to re-start in-person film festivals; the Tenet sound mix raises questions; and can you afford a train?

John Boyega: The actor, who played a stormtrooper-turned-barely-present rebel in the new Star Wars trilogy, says the films did little with characters of color, focusing on Daisy Ridley and Adam Driver’s characters. “What I would say to Disney is do not bring out a Black character, market them to be much more important in the franchise than they are and then have them pushed to the side,” he told British GQ. “It’s not good. I’ll say it straight up.”

Restart?: The Venice International Film Festival opened today, becoming the first in-person major film festival since the pandemic began. Artistic director Alberto Barbera calls it “a restart for cinema,” and The Hollywood Reporter lists all of the precautions in place, including spaced-out seating, mandatory masks, and a private red carpet. Other festivals will be watching very closely to see if they’re enough.

Carole Baskin Doing Dancing With the Stars: I mean, of course. I’ll let you know how she does as soon as my mom gets a chance to watch the show and tell me.

The Emperor Has No Sound Clarity: I thought it was just me who couldn’t make out lots of Tenet dialogue, but Variety reports that many fans worldwide are complaining about a sound mix that makes lots of dialogue hard to make out amid the music and explosions. The masks don’t help. Variety also interviewed sound professionals who are confident all of Tenet‘s choices are intentional. To be honest, Tenet is so dense with information that I don’t think I would have understood it all even with subtitles. The Dark Knight Rises sound mix was initially criticized, too, but I eventually found that struggling to hear Bane’s masked monologues made me focus on them more closely. Maybe Nolan is doing the cinematic equivalent of that cult leader trick where you whisper so everyone has to hang on your every word.

What Are You Doing?: If you have a cool project you’re working on, and if a fellow moviemaker could learn from your experience, I’d love to hear about it and write about it here. Email  Tim.Molloy@MovieMaker.com. Thank you!

Train Talk: I interviewed Jason Neulander about his debut film Fugitive Dreams, which required a train. He found one for $10,000 a day — way outside his budget — but then got one for a tenth as much with help from some little-known Texas entities. He talks about it on the new MovieMaker Interviews podcast, which you can hear on Apple or Spotify or here. The train stuff is at 11:40:

Making Sense: David Byrne apologized for using makeup to impersonate  characters of color in a 1984 promo clip for Jonathan Demme’s Talking Heads concert movie Stop Making Sense. In the deadpan skit, Byrne played his big-suited self, as well as several journalists who looked nothing like him. His lengthy statement ends with him saying, “Folks have the grace and understanding to allow that someone like me, anyone really, can grow and change, and that the past can be examined with honesty and accountability.” Spike Lee’s American Utopia, based on Byrne’s Broadway show, will open the Toronto International Film Festival this month.

‘Did I Die? Am I Cancelled?’: Speaking of The Mandalorian, Jason Sudeikis told Conan O’Brien he was surprised to learn recently that he was trending on Twitter — then worried. What had he done? it turned out to be because he had swatted Baby Yoda while in character as a stormtrooper. It’s at 4:15:

Here’s Yesterday’s Movie News: Where I was so busy counting how many audience members wore masks during my Tenet screening that I forgot to mention the sound thing.