They’re Just Like Us: Jeff Baena on Adapting a 14th-century Text for Modern Audiences with The Little Hours

Writer-director Jeff Baena didn’t have to look too far for inspiration for The Little Hours—just 14th-century Italy.

We chatted with Baena, who is known for his offbeat comedies Life After Beth and Joshy (and for co-writing I Heart Huckabees), on the plight of the clergy and the absurdity of British accents being used as a catch-all for historical adaptations.

Ko Ricker, MovieMaker Magazine (MM): How much did you draw on the actual plotlines of The Decameron while writing? What’s your personal relationship with the text?

Jeff Baena (JB): I drew pretty heavily to begin the story and start crafting a general framework for it, and then I used details from a couple stories to punctuate it. But I’d say that to some extent, it’s used more as an inspiration than a faithful adaptation.

When I went to film school, I got a minor in Medieval Renaissance Studies, and one of the classes I took was called “Sexual Transgressions in the Middle Ages and Renaissance,” and that’s where I was exposed for the first time to The Decameron. Coming from the United States, and not having a real deep connection to medieval history, I was blown away by just how funny and relatable and human the stories were. I’ve always been drawn to history, and one of the things that this has taught me was just how similar we are to people in the past, and how we sort of have this idea of historical people as being almost like actors in a play, or these rarefied beings.

Especially when it comes to the clergy: We think of them as being absolutely pious people who are almost robotically following the faith. In this class, and from my studies, it became really clear that that was not the case, that more often than not, women who became nuns were put there against their will, out of circumstance, and oftentimes didn’t want to be there. And we learned about the penitentials: the different punishments the priests and nuns were given for rebelling or transgressing while they’re in convents and monasteries. I didn’t know, for instance, that women were put in convents mainly because dad wanted to have favor with the church, or they were divorcees or spinsters. I just grew up thinking that if you’re a nun you’re super religious, and so learning that was really interesting. When you read The Decameron, you understand that cultural context, the historical context, and then you see why the nuns are acting out. I wanted to bring that to people that weren’t as familiar with it. 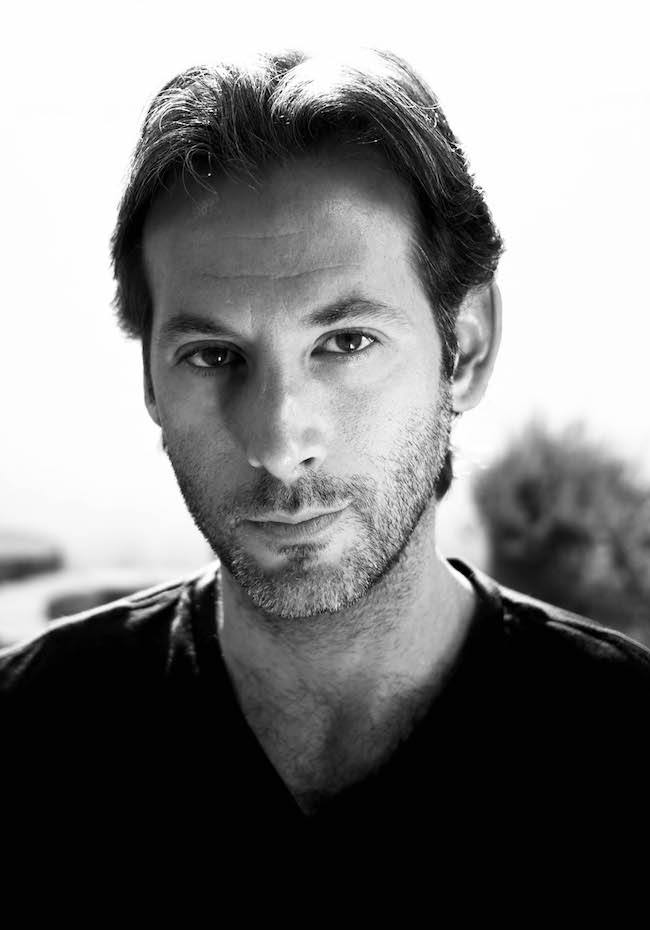 Jeff Baena, writer and director of The Little Hours

MM: Some films that are based on historical texts go for antiquated dialogue with a contemporary setting, à la Romeo + Juliet, but you did the reverse. The characters in The Little Hours speak using colloquial modern language. What was the thought process behind that decision?

JB: First and foremost, I have a problem when I watch period films—when it takes place in another country, in another time—when they’re speaking with a British accent, as if that’s sort of the default historical accent. Likewise, it didn’t make sense to me that people would be talking with an Italian accent in English. To me, if you’re in medieval Italy, you’re speaking medieval Italian. Since that wasn’t in the cards, the next best thing would be to be talking contemporarily because my ultimate goal was to take this piece of history and help people understand how relevant and germane it is to our lives today, and how these people are just like us. By using colloquial, contemporary language and excluding slang, that, to me, was the closest you get to feeling what it would have been like to be a person in that time period.

I think some people think it was done as a joke, that it’s funny hearing people talk like us, but really it’s funnier to me to hear people talk with a British accent in Italy in the Middle Ages, using words that they would never have used because they’d be speaking in Italian. Simultaneously, when Boccaccio wrote The Decameron, instead of writing it in Latin, which was sort of the traditional way of writing literature at the time, he wrote it in the Florentine dialect, ultimately trying to reach the people, the masses, as opposed to trying to create something that was a little more rarefied. To me, it felt like there was sort of a thread that I was following, ultimately coming from The Decameron itself.

Dave Franco as Massetto, a fleeing servant pretending to be deaf and mute, and Aubrey Plaza as Sister Fernanda

MM: How much of the dialogue was improvised on set?

JB: The majority of it. We were working off a 23-page outline. The scene itself and the majority of what the characters were saying was written out—it was a very detailed outline—but my express intent was to have the actors speak as if it was coming from them. As a writer I’m always trying to create dialogue that sounds real, as opposed to contrived, so that it doesn’t feel like it’s everyone’s saying the most perfect thing and having the most perfect response. I love when people overlap dialogue or botch lines, or awkward things pop up. So normally I try to allow the actors to sort out what they’re saying themselves, and I would just guide them after the first or second take, and eventually we would settle by the third or fourth take into the same dialogue that we would then repeat going forward.

MM: What were some of your comedic influences for this film?

JB: For this film in particular, it really was just straight up The Decameron. I wasn’t watching other movies, I was just reading The Decameron and trying to emulate its sense of humor, its silliness and humanism. In terms of influences for my sense of humor, I mean, it’s a really wide range. Anywhere from Steve Martin to Robert Altman and the Coen brothers, Michael Ritchie. But there wasn’t a lot of straight up emulation for this movie in terms of other filmmakers. I was primarily just trying to adapt the story.

MM: For me, it had kind of a Monty Python feel, and I was wondering if that’s something you were considering while you were writing.

JB: A lot of people have said that, and I think that is an easy thing to see, especially because of their way of talking, and particularly, Monty Python and the Holy Grail takes place in the Middle Ages, so I think people connect those dots. But I honestly haven’t seen the Holy Grail since I was 12, so unless unconsciously I was inspired by that really deep inside, I don’t think that that was much of an inspiration for this movie. I think that there are cosmetic similarities, but tonally and comically, they don’t feel the same.

MM: You shot The Little Hours on location in Tuscany. Was that really important to you?

JB: The stories take place outside of Florence, and so it seemed logical that we would shoot in the areas in which they were supposed to take place. Simultaneously, one of the investors in my first two movies is a Tuscan woman who had been asking the rest of the investors to shoot in these medieval villages that she had access to for a couple of years, and everyone sort of brushed her off because there was no need for anything like that, so when I brought up this idea that would take place in the Middle Ages, it put a lot of light bulbs off in my head. I flew out to Tuscany and checked out these locations that this woman had access to, and they were incredible. It was a mix of good fortune and intention to shoot out there.

Nick Offerman as Lord Bruno, who is cuckolded by Dave Franco’s Massetto

MM: Can you tell me about your approach to shooting the sex scenes?

MM: As you continue to build on your writing and directing credits, do you see yourself creating a filmic signature? Is there something that you’d like to be known for?

JB: I don’t really think about that stuff. I just approach each project independently. It’s one of those things where, if you say a word enough times, it starts sounding really weird. I try not to think about stuff like that because I don’t want to be in my head, I want to be present when I’m making this stuff, and I don’t want it to be too intellectualized. MM

The Little Hours opened in New York and Los Angeles on June 30, 2017, courtesy of Gunpowder & Sky.

"I Am All My Characters": Director João Pedro Rodrigues on the Transformative Delights of The Ornithologist
Medicinal Moviemaking: To Document a Spiritual Quest, Reality of Truth Zooms In On Shrooms and Other Psychedelics