Jef Taylor Unveils After You Left at Sundance

One of the most buzzed-about shorts premiering at this year’s Sundance Film Festival, Jef Taylor’s After You Left, is the painfully funny, intimate tale of a man in his mid-thirties (played by co-writer/co-producer Michael Tisdale) searching for meaning after breaking up with his long-time girlfriend.

Just before the movie’s Park City premiere on January 21st, MM caught up with director Taylor (who also co-wrote, co-produced and co-edited the film) to discuss how real life inspired After You Left.

Kyle Rupprecht (MM): How does it feel to have After You Left premiering at Sundance?

Jef Taylor (JT): Getting into Sundance is really a dream come true, particularly with After You Left, because it’s the kind of personal and in-the-moment film that I’ve always wanted to make. Sundance never really crossed my mind while we were making it. Other films I’ve worked on, I’ve always had that thought, at some point or another during the production: “I wonder if this will get into Sundance?” But After You Left––I’m still amazed we actually managed to shoot it. So to have that work accepted, it’s amazing, and somewhat overwhelming, and it has made me think a lot about hindsight.

MM: What was the genesis of After You Left? Is the film at all autobiographical?

JT: In late 2009, I was having drinks with my friend Michael Tisdale (who plays “Mat” in the film), and we were trying to understand/come to terms with long-term relationships in both our lives that had recently ended. I’d also just lost my job, and Michael was between acting jobs, so we decided that instead of sitting around and talking about our pain/anger/sadness/etc., we should just put it into a film. We didn’t have a lot of time or money, but we put together a loose outline of scenes in about three weeks and just started shooting. We were fortunate to find a group of talented people who were willing to work for free, and we managed to shoot the film in about six days for about $750. While it was certainly not an easy shoot, in the end I think the time and financial constraints worked to our benefit, because we only had to focus on the performances and the story instead of lights and costumes and set design and all that.

MM: Although you and Michael Tisdale are credited with writing the script, the film was largely improvised. What was that experience like? Did it make things easier or more difficult on-set?

JT: The film was improvised off of a loose outline––a list of scenes, really––that Michael and I put together in about three weeks. I’ve always really loved improvisation, and I’d played with it a bit in some earlier shorts, but I’d always wanted to make an improvised drama.

In many ways the improvisation made things easier, as we were able to add or change scenes based on the availability of actors and locations, and it also allowed us to develop the story in the immediacy of the moment. Post-production was a different story––we’d ended up shooting about 10 hours of footage, and Robert Pearre and I spent five months sorting through and eventually crafting it down to a twenty-minute story. In many ways, the editing was more like writing––less about finding the perfect delivery of a particular line than in finding the perfect lines and assembling them into a coherent and compelling story.

MM: You currently are developing a feature-length version of After You Left. Is it difficult to expand a feature from a short? What’s the biggest challenge you’re finding in that process?

JT: It’s been difficult for me to separate myself from my own experiences and allow the feature to be something else. Another big challenge is maintaining my sanity.

MM: Tell us a bit about Leaky Tent, the film/theater/video collective you co-founded with Michael. How did it come about? In addition to the feature version of After You Left, what are your plans for the future?

JT: Michael and I met when we were about eight years old performing children’s theater in the suburbs of Cleveland, and we’ve been friends ever since. Our paths diverged for a while after high school, but eventually re-converged in 2008 when he acted in my thesis film––COVERAGE. About a year and a half ago, I moved into an apartment down the street from him in Brooklyn, and we continued collaborating.

I think we initially formed Leaky Tent because we needed something to put in the “Production Company” blanks on SAG forms and festival applications, but It eventually became a way to define the nature of the work we make, which is to tell stories that reflect life in a unique and honest way. While our primary focus at the moment is the After You Left feature, we’re also developing a television pilot, and we recently shot the first of a bizarre, loosely-interview-based Web series––episode one involves the story of a woman wearing a box. Stay tuned.

MM: What’s the best piece of advice you’d offer to other moviemakers hoping to have their short films premiere at Sundance?

JT: Get dumped and film the aftermath. 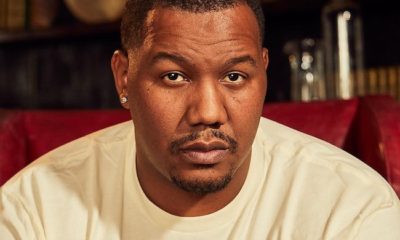