Jaws 2 Was Almost About the U.S.S. Indianapolis — Think Saving Private Ryan, With Sharks 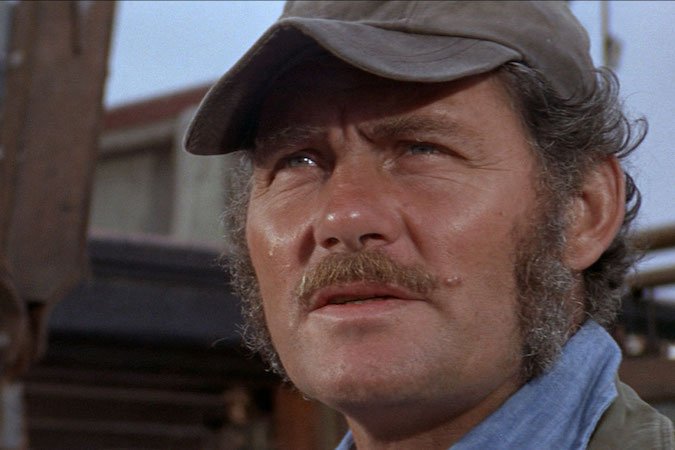 Jaws 2 almost told the backstory of Quint’s horrifying speech about the U.S.S. Indianapolis — a true story about a Navy crewman attacked by sharks after a torpedo took out their ship, plunging them into the Pacific.

We were reminded today of the Jaws sequel that might have been thanks to Jaws trending on Twitter, proving that Twitter is actually good for something. We talked about the U.S.S. Indianapolis concept for Jaws 2 on a recent Shoot This Now podcast, which you can listen to on Apple or right here:

The episode is co-hosted by me (hi) and features Mark Ramsey, host of the outstanding Inside Jaws podcast. Ramsey tells us how Spielberg seriously considered making Jaws 2 a prequel that sounds a bit like Saving Private Ryan — with sharks.

It would have told the complete story that Quint (Robert Shaw) tells in Jaws — a story that, in his telling, is almost completely factual.

On July 30, 1945, the Indianapolis was returning from a secret mission to deliver parts for the bombing of Hiroshima. A Japanese submarine torpedoed it. A quarter of the 1,200 crewmen went down with the ship, and the others went into the water.

And then they started to hear bumps under their lifeboats.

Some were eaten alive. Others drowned, or drank oil. Only 316 men survived. The sinking of the U.S.S. Indianapolis, and subsequent shark attack, was the largest single loss of life from a single ship in the history of the Navy.

Oddly, Quint says in Jaws that the attack took place on June 29, 1945, a month before the actual sinking of the Indianapolis.

Spielberg, of course, didn’t make that version of Jaws 2. His next movie was Close Encounters of the Third Kind. Director Jeannot Szwarc stepped in to make Jaws 2.

But someone did tell the story of the Indianapolis. In 2016, national treasure Nicolas Cage starred in USS Indianapolis: Men of Courage, which has a 9 percent on Rotten Tomatoes.

The Shoot This Now podcast will return soon. In the meantime, listen to all of Inside Jaws.