ITVFest: Fostering the Next Generation of Television and Web Series Producers in… Dover, Vermont? 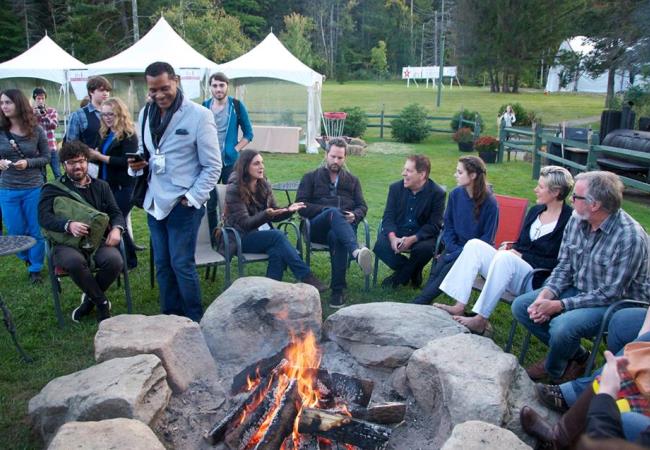 Sofia Coppola’s doing it. So is Steven Soderbergh. And Woody Allen.

It feels like on a daily basis, there’s another report of an acclaimed writer, director or actor making a TV series, or a Netflix or Amazon production. Television, it seems, is where it’s at. So it should be no surprise that a festival like the Independent Television and Film Festival (ITVFest) has been gaining traction in the industry.

Every fall, ITVFest showcases independently produced television shows, web series, multimedia content and short films. ITVFest’s mission is not only to screen content, but also to connect writers, producers and actors with executives, buyers and casting directors in the industry. Executives from HBO, Warner Bros., CBS Interactive, and Starz Digital were among some of the industry representatives in attendance this year.

Founded in 2006, ITVFest first began in Los Angeles. But when festival executive director Philip Gilpin made the move to Dover, Vermont, he took the festival with him. Although at first it might seem a bit crazy to move a festival from the heart of the Hollywood to a quaint New England town most people (even New Englanders) have never heard of, the move turned out to be the best one for the festival. There is something magical about all being together in the middle of this small Vermont town, and because of the setting, you get the feeling that the “important” people aren’t cordoned off from the filmmakers and attendees.

Gilipin called it the “Dover Filter,” saying that the relatively remote location “weeds out the true artists from the popularity seekers,” perhaps much like Sundance did in its early years. “That’s what makes it fun,” he said. “You can sit around the fire and know that you’re in a cool, creative place. That’s what this location does. It makes everybody interact on a level that you don’t get at the big festivals in the big cities.”

This year’s festival showcased an impressive array of content, including a hilarious cooking web series The Katering Show featuring a chef and her gluten, fructose and lactose-intolerant friend; a post-apocalyptic television drama The Wake; and the humorous web series Kickin’ it Caucasian that combats racial stereotypes; to name but a few.

In addition to screenings and (of course) parties, the festival hosts a number of panels and hands-on workshops. There were coaching sessions with casting director Anne Mulhall, where an actor could perform a reading and receive instant feedback. And StoryLabs and CBS Interactive hosted pitch sessions for three teams who received personalized feedback from industry executives on their performed pitches, and then went back to revise, rework and polish those pitches for another round the following day. In creating content, writers, directors and actors don’t always think through how their story will span many seasons, or how a studio or network will monetize their show—but those are the types of questions that help producers hone their pitches and perhaps actually sell their show.

“ITVFest has created a trusted doorway for indie artists to take the next steps in their career, based solely on the merit of their work and their professionalism,” Gilpin said. “Much as Sundance opened the door for indie film decades ago by directly connecting filmmakers with audiences, ITVFest is doing for TV and web.”

Seeing what Soderbergh did for Sundance in 1989, maybe it’s time to invite him to ITVFest. Then again, maybe not. MM

Michele Meek is a filmmaker, writer and the founder of newenglandfilm.com, who hosted their seventh annual Online New England Film Festival Awards at ITVFest this year. michelemeek.com