Is The Irishman’s Opening Scene a Goodfellas Callback? 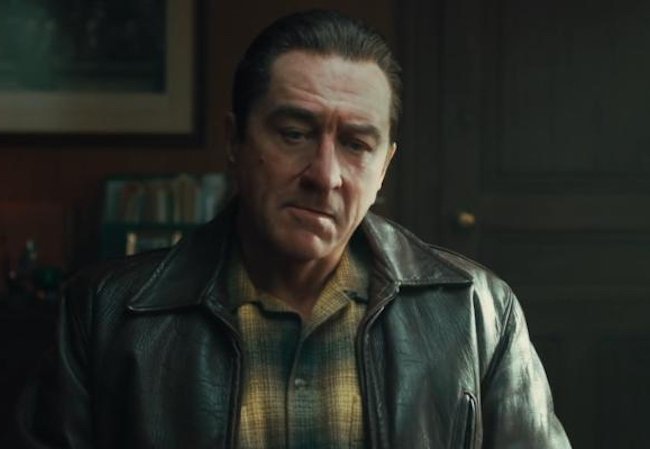 The Irishman opens with a scene that feels like a darkly comic twist on the most famous shot in Goodfellas. A long tracking shot that takes us through a nursing home, where we meet the unreliable narrator of our story, Frank “The Irishman” Sheeran, played by Robert De Niro.

The continuous shot goes on for more than a minute with no edit breaks, snaking through the minimal drama of the nursing home, showing us the low-stress activities that now occupy Sheeran’s life.

Watching the scene, it’s hard not to recall the most famous Scorsese tracking shot of all: The Goodfellas walk inside the Copacabana nightclub, in which Henry (Ray Liotta) and Karen (Lorraine Bracco) arrive at the Copa, skip the line, head down a staircase and hall, and meet a bunch of goodfellas along the way. Henry hands out dollar bills, they pass through the kitchen and into the dining room, the maitre d’ sets up a table just for them, someone sends over champagne, Henry lies abut his job, drum roll, and the camera moves over to comedian Henny Youngman, who greets the audience and delivers his catchphrase, “Take my wife, please.”

“Marty found a way to have Henry Hill not only impress his date, Karen, but to show the audience why the world of Goodfellas was so attractive and glamorous,” Goodfellas producer Irwin Winkler writes in his memoir, A Life in Movies.

The opening shot in The Irishman depicts a significantly less glamorous life. Sheeran is in his 70s or 80s, in poor health. He begins to tell the story of his times with Jimmy Hoffa (Al Pacino) and Russell Bufalino (Joe Pesci), though it should be obvious that many people would dispute his version of events.

Would Scorsese deliberately call back one of his past films? Well, sure: All of The Irishman invites the audience to think about his past movies. This is his ninth collaboration with De Niro and fourth with both De Niro and Pesci. (They also shared the screen in Raging Bull, Goodfellas, and Casino.) Ir’s his sixth collaboration with Harvey Keitel. And it’s his fifth film to deal directly with gangsters.

It’s impossible to separate our nostalgia for the past films and performances from our feelings about The Irishman, and The Irishman, from its opening scene, takes care to de-glamorize any impressions we may have formed about being a gangster.

All that said, we suspect The Irishman shot was easier to get than the tracking shot in the Copa scene in Goodfellas, for reasons we explain here.

The Irishman is now streaming on Netflix.