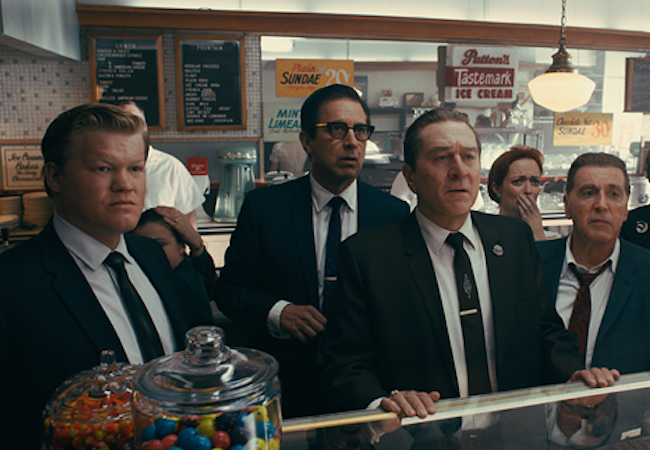 Who Frank Sheeran Is Talking To

Robert De Niro plays real-life gangster Frank Sheeran in The Irishman, and the film is based on Sheeran’s statements to author Charles Brandt for the book I Heard You Paint Houses. It seems likely that when Sheeran speaks to the camera, he’s addressing Brandt. Brandy says in the book that Sheeran spilled his guts to him after refusing to speak with Hoffa’s family or the feds, as seen in the film.

Also Read: Here’s How Old Robert De Niro, Al Pacino and Joe Pesci Are Supposed to be During Key Scenes in the Film

Burden Director Andrew Heckler Met Black Churchgoers and the KKK to Research His Film
James Mangold: ‘The Magic of Cinema Is in the Cut’