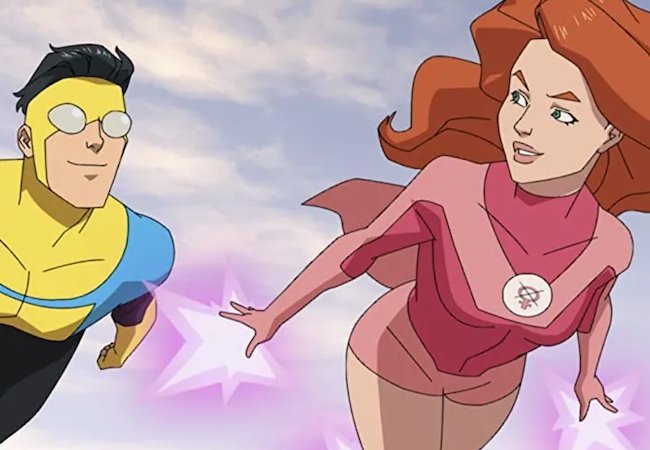 With Invincible, Amazon Prime may have managed to produce a superhero story even more brutal than its live-action series The Boys. But while The Boys often plays as a satirical sendup of the Marvel and DC cinematic universes (and our universe), Invincible is a straight-ahead, unflinching story of how easily things can go wrong despite best intentions.

The show is the focus of our latest Low Key podcast, and managed to win over even one of the co-hosts who is lukewarm on animated shows in general. (An A-list voice cast led by recent Best Actor Oscar nominee Steven Yeun didn’t hurt.) We also get into some interesting side conversations, like Warner Bros.’ insistence on a black Superman for the next DCEU film. You can listen on Apple or Spotify or above.

Adapted from the comic book series by Walking Dead mastermind Robert Kirkman, Invincible follows high schooler Mark Grayson’s journey from normal high schooler to adopting his superhero alias Invincible. Even with the help of his father, Earth’s greatest superhero, Omni-Man, he is initially overwhelmed and outwitted at every attempt to make a difference. Mark maintains his humanity and optimism despite his failures at almost every juncture.

But Mark’s true colors shine brightest when he is faced with the greatest threat the Earth has ever seen, and Invincible Season 1 closes with a satisfying conclusion that seamlessly sets up the sprawling epic to come on in the already-greenlit Seasons 2 and 3.

Nothing comes easy for any of the Invincible characters we meet, and even minor characters are given room to shine thanks to the great pacing. The show doesn’t rush its way to the action and that’s one of the reasons it works so well. Many of the unnamed human characters who live in the world also play an important role by providing glimpses of how everything is turned upside down by superhumans, devils, and alien invasions showing up without warning.

The inciting incident from the first episode builds tension by allowing the audience to know a secret only one other character knows. Once that genie comes out the bottle, viewers are given a sequence of events unlike anything that’s ever been on TV or film. If you can handle some violent sequences, the show is worth giving a shot even if animated TV isn’t normally in your wheelhouse.

Let’s just say you might end up thinking Lex Luthor was onto something by the time Season 1 closes.

The entire first season of Invincible is available now on Amazon Prime Video. If you like the Low Key podcast, we’d be thrilled if you’d subscribe on your favorite podcasting platform or tell a friend.