Based on the short story “Barn Burning” by Japanese author Haruki Murakami (itself a riff on a William Faulkner short story of the same title), Burning is at once lyrical, poetic, and mysterious. A superbly shot and sensuously scored movie, it is a long, subtle, and demanding film that requires careful attention. I had the chance to sit with Lee in both Toronto Film Festival and Cannes Film Festival and learn more about his inspiration, using the camera to distinguish the boundaries between light and dark, and the story structure of the film.

Amir Ganjavie, MovieMaker Magazine (MM): When you read Murakami’s story, it seems that nothing really special happened. It is not the kind of story that moviemakers usually pick so why did you choose it?

Lee Chang-dong (LCD): To be honest, when the writer that I worked with, Oh Jung-mi, suggested that I adapt this story, I didn’t quite see what she was seeing because the story seemed to be neither here nor there. It seemed like a play on words and a story about plays on words. At the very beginning, I didn’t even see the fact that the burning of the barns could be potentially symbolized as killing a woman. I didn’t even see that in the very beginning. What stimulated me was when Oh Jung-mi told me about reading the part where the character in the short story says that he was burning “useless barns.” Oh Jung-mi said that expression enraged her because she was imagining that referring to people and especially a young woman. Her rage stimulated me into thinking past that. I thought that this “nothing story” could be expanded to talk about other, bigger mysteries. 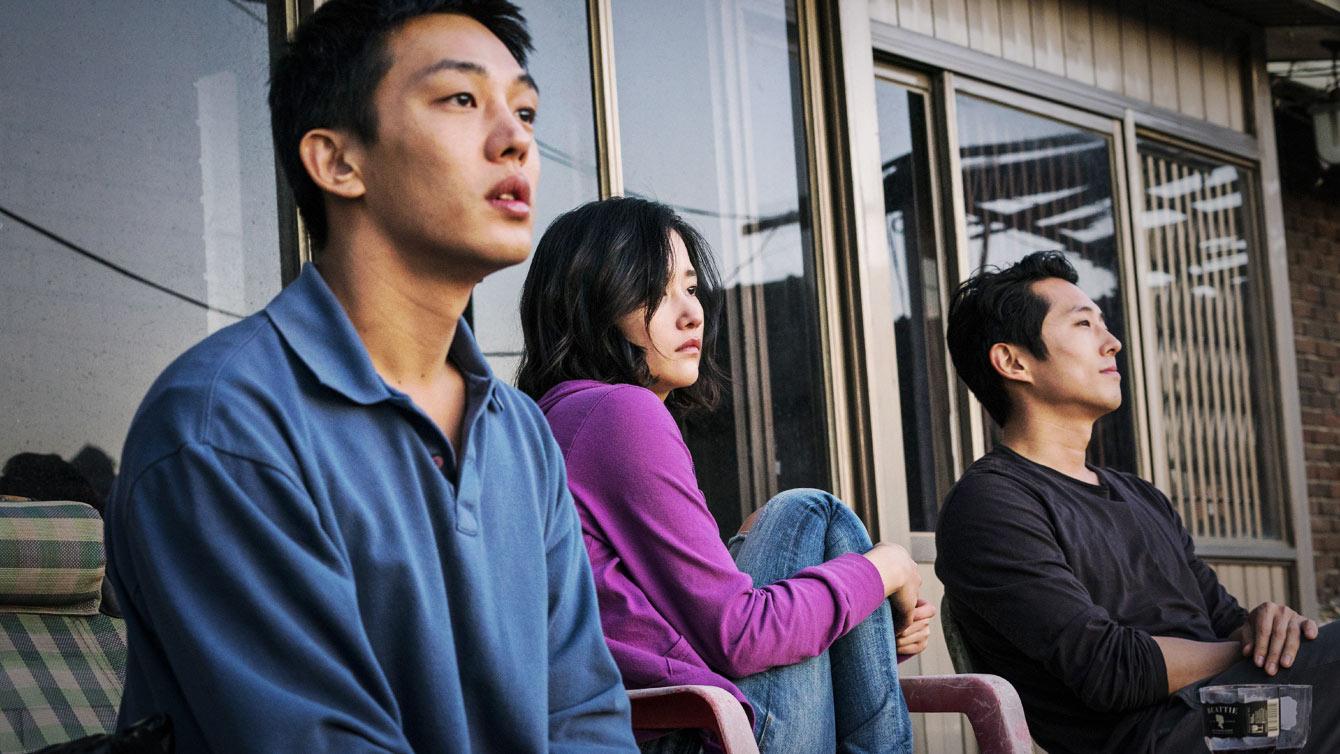 MM: You mentioned that this movie is about the rage that Korean people feel about their own country and you make a connection between this film and Faulkner. Can you say more about Faulkner’s stories and which aspects of them that you used for this film and what aspects came from Murakami? How did you try to combine them?

LCD: Yes, the movie is about Korean rage, but I also thought that this could be commentary on people from all regions worldwide and their rage. Everyone has their own reasons for being enraged whether they are rich or poor. Even people who seem to have everything can become enraged. I thought a lot about this question of why people are so enraged when I was trying to figure out what to work on next, and I even called it “Project Rage.” The world is currently in a state which can only enrage people, but Faulkner and Murakami see the world in very different ways. Both of their works have the exact same title—“Barn Burning”—but Faulkner’s story is about an actual poor enraged man who is angry at the circumstances that made him miserable. It is about a boy who has a father like that—an enraged father. Murakami’s short story, on the other hand, has the same title but this is seemingly just a play on words about a very wealthy man. Despite the fact that the stories have the same title and are looking at the same world, they’re looking at it from very different points of view. Burning is based on Murakami’s short story but is also connected to Faulkner’s original work. In that, I wanted the audience to see the world in both Murakami and Faulkner’s ways of looking at the world. Burning is connected to both works. 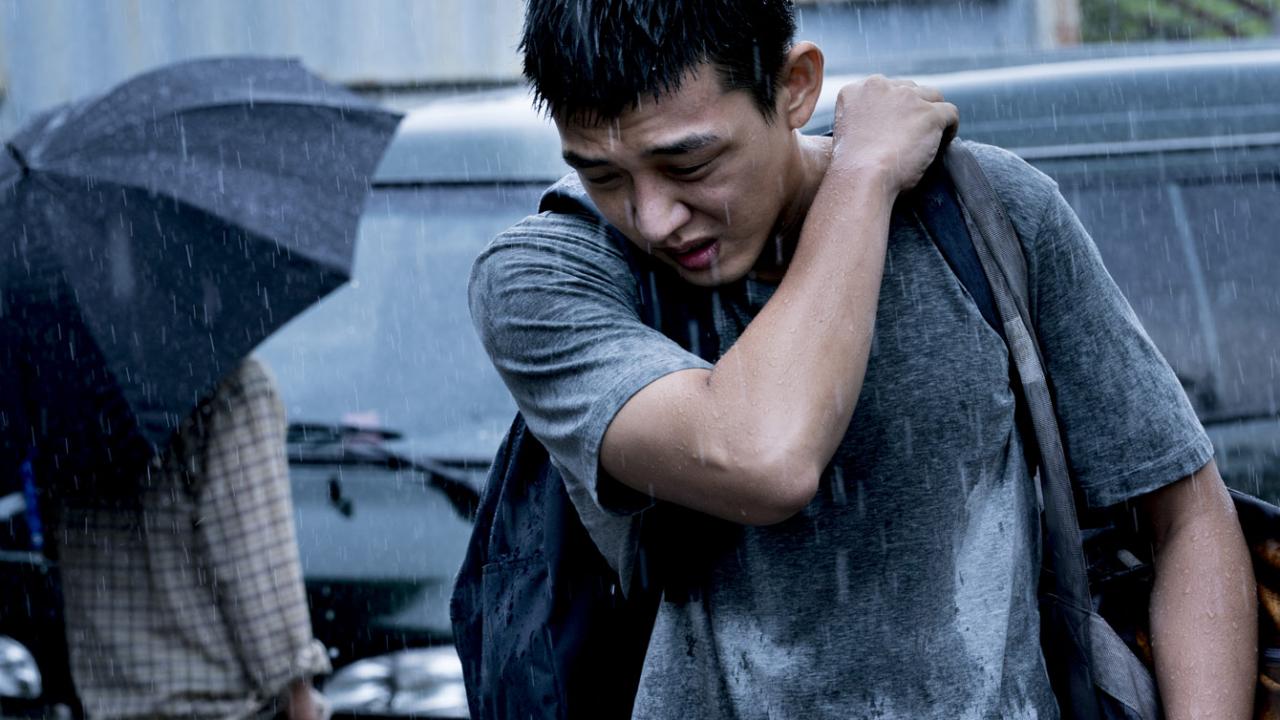 Yoo Ah-in as the quiet, but angry Jong-su in Burning.

MM: “I want to reflect on the mystique that surrounds the cinema as a medium.” This is a quote attributed to you in relation to this film. Can you clarify what you mean?

LCD: The movie can actually be seen as a commentary on “image.” In a typical thriller, you would follow the process of trying to figure out where the missing woman went. You could either discover her death or somehow in some way have the mystery be solved. On the surface, this movie also follows that structure but in doing so you confront the bigger mysteries of the world and not just the mystery of the missing woman. I wanted the audience to be able to connect the problems that people face today—the fact that the world is becoming a more beautiful and more convenient place but that there are also problems with it. I want the audience to connect that to the structure of the ordinary thriller that is embedded in the movie. I want the audience to question or try to figure out where Hae-mi went and who Ben is—all of those questions—but I also want them to make the connection between these questions and bigger ones about the mysteries of the world.

I also want the audience to think about the medium of film itself—what it means to follow the narrative of a film, and what cinema can actually show. The film, in essence, is empty. I remember watching a documentary about Woody Allen, and he says that he went to Disneyland or somewhere like that once, and he watched a movie wherein the experience was so fantastic that he went up to the screen and touched it—but what he saw was just light. A movie has a certain shape and many can provide intense fantasy of a sort but, at its core, it’s empty like a greenhouse. You see that it’s kind of translucent and has a shape but it’s also kind of shapeless in the sense that it can change depending on how you use it. If you grow vegetables inside then that is its purpose, but if you abandon it then it just becomes nothing. That similarity that he saw between the medium of film itself and a greenhouse is what he found interesting. There’s a shot in the film where Jong-su’s shadow is cast on the greenhouse and it kind of looks like an image on a screen. I didn’t necessarily mean for the audience to catch all of that but the shot was very purposeful.

MM: There were about eight years between your previous film and this one. Why is that?

LCD: I worked on a lot of projects over those eight years, and I spent time brainstorming with the writer about different stories but for a lot of stories, I couldn’t find the exact reason that I had to make them into films. That’s probably why it took quite a long time for me to come up with a new product. There were definitely elements of the political environment that made it challenging to make films in South Korea, but if I had really wanted to make a film then it could not have stopped me.

The Walking Dead star Steven Yeun expanding his range as Ben in Burning.

MM: The movie has a few references to political issues. For example, there is the Trump scene and some information about North and South Korean propaganda machines. How do you try to bring political issues into your films without making them too much like propaganda?

LCD: The film is a mystery thriller which basically follows the story of a missing woman. The mystery centers on the fact that something seems wrong, but we cannot quite put a finger on what exactly that is. We wanted to show that the political climate and political issues were also part of that mystery, especially in that scene when Jung-su finishes a meal and hears the TV broadcast talking about youth unemployment in Korea and then sees Trump talking about world politics in a very confident way. I wanted to show how politics are received by people in their daily lives.

MM: I want to know more about your choice of music, such as the jazz by Miles Davis. Can you comment a little bit about the pieces you have used for this film, and the reasons behind your selection?

LCD: I needed the music in that scene to have a sense of freedom since that’s what Hae-mi’s dance is about. I wanted to use music that has this specific quality that jazz has where it feels like there’s no beginning or end. That song is called “Lift to the Scaffold,” and I like the sort of bad omen feeling that comes from that title. In terms of the other music in the rest of the movie, typically, when music is used in films, it’s used to amplify the specific emotion in that scene whether that be tension or romantic emotions, but I wanted the music in this movie to exist as itself, and for the audience to accept the emotions that come from the music. I requested of the musical director to make the music feel like you couldn’t tell whether it was music or just noise or sound.

MM: I understand that the cinematographer told you that the key lighting for Burning was sunlight, and he did his best to find the natural light appropriate for the screenplay. Can you comment on these aspects of cinematography and its usefulness for the film?

LCD: One concept in the film is about what can be seen and not seen, and what we believe to actually exist and not exist. So it was very important to show the boundary of things and the mystery of life. In order to do that, the boundary that exists between light and darkness was also very important. There are a lot of times when the movie takes place in either an early morning or sunset, and in order to have that kind of a background for a scene what we would typically need is to add artificial light to it. However, because digital cameras are so good these days, the camera was able to capture that. We tried to use natural light as much as possible. In order to achieve and capture the ambiguous boundaries between light and darkness, I talked a lot with my cinematographer about how we could achieve that. If we had made this film using a film camera then that probably would have been quite difficult.

MM: When you shoot, is it based on a storyboard or are you making the decision about the camera on the set with your cinematographer and the image?

LCD: The cinematographer and I both discussed heavily about not meticulously planning and calculating everything. I didn’t want things to come off as planned but rather to seem organic and spontaneous. I wanted to capture the spontaneous moments rather than planning everything and that was reflected in the cinematography. I think that it’s very different from Bong Joon-ho’s style, which is more planned and very much based on the storyboards that we planned in advance.

Jeon Jong-seo in her acting debut as the mysterious Shin Hae-mi in Burning.

MM: Can you say a little bit about your choice of landscape?

LCD: The farm that you can see in the movie is very typical scenery that you see in Korea, though more and more farms are disappearing these days because of development and Jong-su’s home is not very far from Seoul. It’s actually just outside Seoul, about a 45-minute car ride from the city. We can also hear the North Korean propaganda broadcast in Jong-su’s home, which also reflects the typical scenery of Korea. MM

How They Did It: Turning Accidents Into Opportunities on Location in New York City to Make Here and Now
Fall From Race: Jason Reitman Talks Gary Hart’s Political Demise in The Front Runner, Releasing Two Films in One Year