Under the Influence: Tim Sutton on Memphis and Ezra Jack Keats 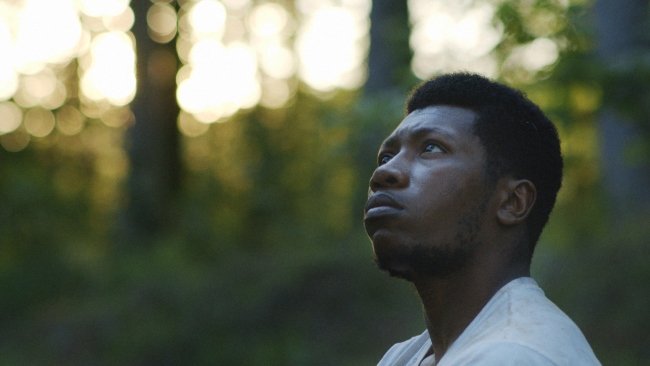 A new series on MovieMaker.com, Under the Influence charts the often-mysterious ways that art begets art, calling upon moviemakers to write about one creative work that informed and inspired their own. In this inaugural edition, director Tim Sutton talks about how a moment from a children’s book by Ezra Jack Keats elided into the making of his mystical, musical feature, Memphis, starring Willis Earl Beal.

The following image is from Ezra Jack Keats’ children’s book, John Henry: An American Legend. It is the final page of the book and it shows a man, both spiritually victorious and physically exhausted, stepping into his quite beautiful and peaceful death. It is a literal hole in the fabric of the physical world that he is stepping out of, and into a burnt orange infinity, the last bit of magic hour.

I’ve had the book since I was a child, can remember my mother reading it to me, can still feel its thin paper pages on my fingers as I poured over it countless times as a kid, and as an adult. The story of John Henry, while a well-known folk tale centuries old, felt like it was born with Keats’ illustrations and writings. He was a white artist who felt a passionate kinship to black people, their stories, their everyday and their myths. Not as a stranger, and not as a poseur, but as a graceful observer.

And that book has everything. Giant full moons glowing with premonitions, whispering winds, howling crickets, distant train whistles, a mythic American landscape, and a child born to greatness with a god-given gift who goes out searching for answers and finds a sense of salvation in his own personal way before crossing over. It is a total treasure of a book and the image is the first image I pulled from the drawer in which memory meets the artistic process as I started writing Memphis. We infused the entire film with those same sounds and ideas, but Willis—his hammers taking the shape of his voice—is a more psychedelic version of the steel driving man, and the film a more openly mystical thing, more complex in many ways simply because that last image—over years—had gained a truly mystical power in my imagination.

When we actually made the film with Willis, I let all of those ideas and details drift in and out of our approach but focused on our own story, arc, and collaborative journey. And, yet, in the story, when Willis crosses out of the urban world and into the woods, I found myself waiting for him on set, on the edge of a field where tall clover met a deep forest. The sun was dying into gold and the whole field glowed. He walked up—by that point in the production we were both in a daze—and he had truly taken the form of a legend.

And I felt like it was him. Really him. That together we had somehow conjured something of great meaning. And then we crossed over. MM

Memphis opens this Friday, September 5, 2014, at New York’s IFC Center and on September 12, 2014 at Los Angeles’ Sundance Sunset Cinemas, with a national rollout to follow.

Under the Influence: Michael M. Bilandic on Hellaware and “Yung Lean – 5th Element”