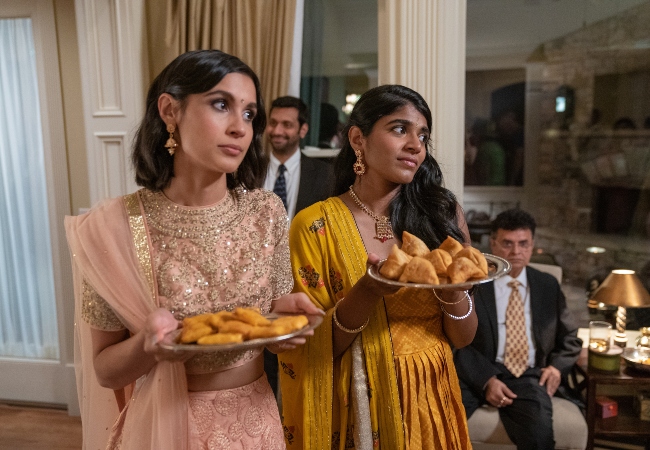 A little bit of the right kind of exposure was the secret sauce for the Aurora, Colorado native and UCLA grad, who has been working on her comedy film for more than six years. The Bleecker Street comedy makes its theatrical debut in the U.S. this Friday.

Like many indie filmmakers, she was having a hard time attracting funding — but everything changed when she was suddenly put under the spotlight.

“Initially, it was really hard. So when I finished the script in 2015, I think I did a table read at that time with just some friends, some actor friends, and I talked to tons of producers. It was an all-South Asian cast. People were really wary of taking it on. They felt like oh, we would need to get a certain budget level,” Malik told MovieMaker.

“I was like, we can just make it for whatever, whatever we find. And, you know, I’m glad I didn’t go that route. I don’t think it would have done the story as much justice. But it was hard. It was hard getting people to sign on initially. And then, in 2016, everything changed.”

The winds of luck began to blow in Malik’s favor when she won not only the Nicholl Fellowship, a coveted cash prize for excellence in screenwriting from the Academy of Motion Pictures Arts and Sciences, but also the award for best comedy screenplay at the Austin Film Festival in 2016. At the time, her movie was called Dinner With Friends.

It’s since been renamed India Sweets and Spices and tells the story of college freshman Alia Kapur (Sophia Ali) who returns home to her parents, only to discover secrets and lies that make her rethink everything she thought she knew about her family.

In the past, Malik has written and directed several shorts and the 2011 feature film, Troublemaker, about a woman who embarks on a journey to find her father. Winning those awards was the push that Malik, a self-described “scrappy indie filmmaker,” needed in order to secure funding for India Sweets and Spices.

“Once that happened, then I was able to say, like, Hey, this actually won stuff. And that was what allowed me to get reps, and those reps were the ones who led me to the producers. I signed on with this amazing independent producer, Naomi Depres, who took the script and ran with it and she was able to find us funding,” she said.

But the real joy was getting to work with one of her favorite actresses, Manisha Koirala.

“All of this stuff — this distribution, being able to talk to people about the film — it feels like icing on the cake, because for me, the real win happened when I got to make this movie,” she said. “I got to shoot this film, and the most rewarding thing was being on set and working with this amazing cast. So the woman who plays Sheila is Manisha Koirala… she’s been a hero of mine for ages. The fact that I got to meet her and the fact that I got to work with an actress of her caliber, I was like, That’s my reward. I’m good.”

“It feels awesome to be able to think back, and I feel so grateful and so lucky that not only did I get that experience of having a great cast and crew and being able to realize this vision, taking it from script to screen, but now we actually we might have an audience. Like, people will actually be able to see this.”

Malik doesn’t underestimate just how special her journey has been.

“As an indie filmmaker, you never know. It’s hard to know what’s going to happen after the movie is made. So I just feel really grateful for all that.”

Main Image: A still from India Sweets and Spices courtesy of Bleecker Street.