In Salma’s Home, Two Widows Inherit a House from the Same Husband

Hanadi Elyan, the writer-director of Salma’s Home, remembers hearing a story from her parents about a neighborhood where they used to live in Amman, Jordan.

“There were two older ladies that everybody had assumed were sisters, but it turns out they were actually married to the same guy at one point,” she said in a recent Q&A at the Austin Film Festival. “And when he passed away, they decided to stick together. Which, you know, is bizarre. And I didn’t understand it.”

Also Read: James Gray: How I Made Armageddon Time, With Help From The Beatles and Muhammed Ali

Her efforts to imagine a scenario in which two women who had been married to the same man would end up living together led her to make Salma’s Home, a captivating and sharply-honed character study about two very different widows. The film is in the midst of an impressive festival run that has included the Arab Film Festival in Dearborn, Michigan; Cinequest in San Jose; the Heartland International Film Festival in Indianapolis; and most recently the Austin Film Festival. It won the Best Feature Film Global Vision Award at Cinequest, which declared it “powerful, impressive and affectionate,” and was an Audience Award winner for best Narrative Feature at Austin. Salma’s Home is also available on Netflix in the Middle East and North Africa, but is not currently available in the U.S. 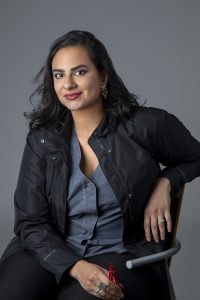 The film, set in Amman, revolves around three women with very different personalities. Salma (Juliet Awad) is a talented but struggling baker, living alone in a rambling, gorgeous old house. Her daughter Farah (Sameera Asir) is a young working mom with marital problems. When Salma’s ex-husband dies, the mother and daughter cross paths with his second wife, Lamia (Rania Kurdi), an aspiring social climber obsessed with building her personal brand online. The husband’s death reveals dire truths that bring the women together in unexpected ways, as they try to seize control of their destinies. You can watch the teaser here or above.

Elyan, who teaches film at Emerson College in Boston, balances her interest in portrayals of marginalized communities with a keen, efficient eye for storytelling. For example: though the true story her parents told her did not involve a daughter, Elyan realized that the Farah character could serve a helpful dramatic purpose.

“I was searching for answers and trying to modernize the story and seeing how I could tell something similar about women coming together today,” she said at the Austin Q&A. “And then I needed a third character, so that they can use her as a pawn between them, to switch alliances at different times.”

She borrowed subplots from stories she picked up from friends and family.

“Not one person in particular,” she clarified. “But when my brother watched this movie, he was like, ‘I know all of these people.'”

When a member of the audience inquired about shooting the film in Jordan, Elyan noted that there are advantages and disadvantages.

“Because there’s no industry, it’s tough,” she said. “But also, it has its perks. There’s a silver lining, because there’s no system — so you get away with a more.” She noted that permits in Los Angeles, for example, are very restrictive. “Whereas in Jordan, we got like a city-wide permit.”

She also noted that Jordan’s desert landscapes are sometimes used as stand-ins for other planets in big-budget sci-fi movies.

“We almost never see Jordan portrayed outside of the desert,” she said. “We never see the city itself. So I wanted to make sure that we could see something very realistic that people living there see on a day-to-day basis.”