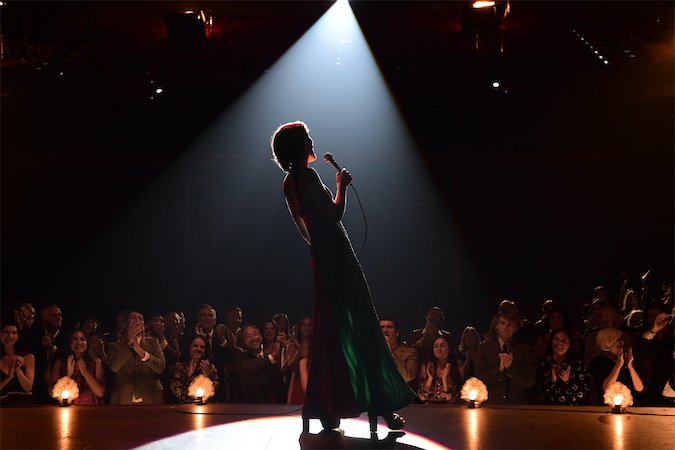 Director Unjoo Moon grew up in Sydney’s North Shore during the 1970s, and remembers the decade as a time of change and female empowerment, set to the tune of Helen Reddy’s iconic anthem “I Am Woman.” Watching her mother and her mother’s friends let down their hair in the breeze in their Volvo station wagon, Moon was struck by how Reddy’s music affected the women in her life.

“I saw a change in women when they listened to Helen Reddy, and I never forgot that,” Moon tells MovieMaker.

I Am Woman follows Helen Reddy, played by Tilda Cobham-Hervey, an Australian singer, actress and activist, as she arrives in New York City in 1966 with her daughter, $235 and a suitcase. After being denied a recording contract, Reddy befriends prominent rock journalist Lillian Roxon, who inspires her to pen the iconic song, “I Am Woman.”

Fascinated by Reddy’s ambition to move to the U.S. to pursue her dreams during a time when this behavior was rare, Moon aimed to investigate if there was enough of an arc to Reddy’s story to adapt her story to film. After the two spent almost a year together, Moon knew that Reddy’s story had the scale and scope to become a feature film, as opposed to a documentary.

“When we finally agreed that we would make it into a movie, I said, ‘Helen, I’m not making a documentary… I’m not gonna get everything right, but I will always honor the spirit of who you are, what your life has been, and what your music means to people,’” Moon says.

I Am Woman highlights Reddy’s complex relationship with her former husband and manager, Jeff Wald, played by Evan Peters, as Wald’s drug abuse leads to the demise of their joyful and collaborative relationship. In order to accurately portray Reddy’s perspective, Moon balances moments of joy and teamwork with drug abuse throughout the film.

“You really need to know why she fell in love in the first place and you need to feel her excitement as their career explodes and she gets what she wants,” said Moon. “And then you need to be with her when she feels the loneliness and the pain of having to watch someone that she really loves succumb to the addiction.”

Also read: Disney’s Mulan Is Anything But ‘Loyal, Brave, True’

While the film follows Helen Reddy through the peak of her career, I Am Woman closes with Reddy’s performance at the 1989 Mobilize for Women’s Lives March on Washington. Although Reddy’s singing career had ended, her daughter coaxes her to perform the anthem once more.

“From the minute I first heard Helen’s story, I knew it had to end at that March on Washington because it would bring together the completion of her journey as an artist and as a woman where she realizes the power of her legacy and finds strength in independence,” Moon explains.

Moon felt the power of Reddy’s legacy as she stood on the Lincoln Memorial during the Women’s March on Washington in 2016. Looking upon thousands of eager protestors, Reddy feels the power of legacy of her song, highlighting what it has meant for people and the response to those powerful lyrics, “I am woman / Hear me roar.”

Moon adds that this scene honors the women who paved the way for current organizers and protestors who fight for what they believe.

Just as Moon imagined I Am Woman as a film for mothers and daughters, as I watched the film with my mother, I felt involved in this special legacy of women uniting together to create change and hope for a better future for generations to come.

I Am Woman is available Friday on video on demand.