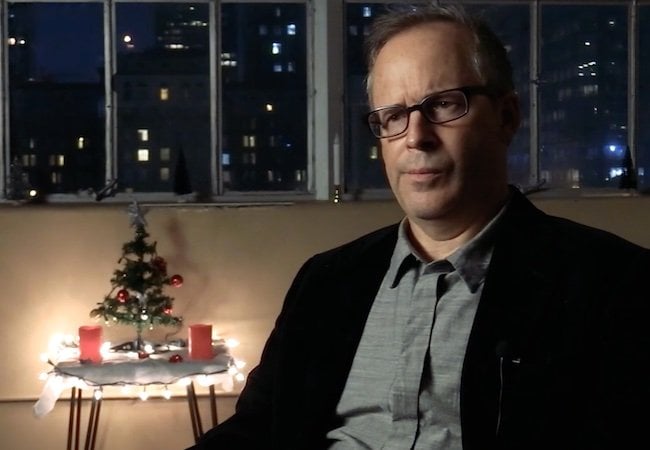 A hundred million years ago, back in March 2020 when Los Angeles first began locking down, I started reading a lot of books by David Shields. I don’t remember what especially drew me to his work at this time or which book I read first. It might have been the biography of J.D. Salinger he co-authored (mental preparation for living like a hermit) or his book about his imploding marriage (mental preparation for long stretches alone at home with my wife) or his book on Trump (mental preparation for endless cycles of think-pieces and election psychosis). Maybe I was just hoping that literature would save my life as it had supposedly saved his.

Whatever the reason, it was good preparation because David Shields contacted me a few months later. He had finished a new book called The Very Last Interview and wanted me to adapt it into a movie. I loved the book and had a so-dumb-it-just-might-work idea for adapting it that could be done relatively safely with a one-person crew, so of course I said yes.

I should state now that I had no idea we’d be making a Christmas movie. That was never part of the plan.

The Very Last Interview is an experimental autobiography told entirely through questions. A brief note on David’s composition process states:

I decided to gather every interview, going back nearly 40 years. If it was radio or TV, I transcribed it. I wasn’t sure what I was looking for, but I knew I wasn’t interested in any of my own answers. The questions interested me, however—approximately 2,700, which I collated and curated into 22 tightly focused chapters. Then the real work began: rewriting and reinventing and remixing the questions and finding a throughline.

My idea for adapting the book was to take the premise of an author being asked questions without any answers and blow it up into something even more ridiculous. What if this wasn’t a literary device but an actual interview? What if David Shields was asked a series of increasingly personal, fraught, and scathing questions but refused to answer them? What if the actor playing this “Interviewer” remained off-screen and had to rely only on her voice, while the actor playing “David Shields” could only use body language? What if it played out in real time with long, uninterrupted takes? Could this minimal and conceptual possibly work?

If it was going to work, it would require someone more talented than me to adapt the book into a screenplay. Luckily, I happen to be married to a structure-obsessed screenwriter named Rachel Kempf who was eager to accept this challenge.

I started going through David’s book and highlighting certain questions — ones I knew I wanted to keep, ones I knew I wanted to cut, ones that I wanted to use at the beginning or end, ones I could use somewhat flexibly if I needed to transition from one story beat to the next. Then I tried to figure out the basic arc of the story. I knew the Interviewer’s goal would be to get David to talk, and his silence would be a key obstacle, so I made a list of escalating tactics she could try to get what she wants (empathizing with him, flirting with him, scolding him, taunting him, etc.) and considered how David might (nonverbally) respond to each of those tactics. Eventually a story about depression, self-destruction, and the difficult beauty of human communication took shape from there.

I decided to cast two actors who, like me, came up through the Austin indie film scene: the great Chris Doubek and Ashley Spillers. This had multiple advantages, particularly the fact that Chris and Ashley have known each other for years and are incredibly comfortable working together. We were able to meet up and rehearse about once a week — and yes, we were following social distancing recommendations and rehearsed outside when weather permitted — and planned to shoot in early November. 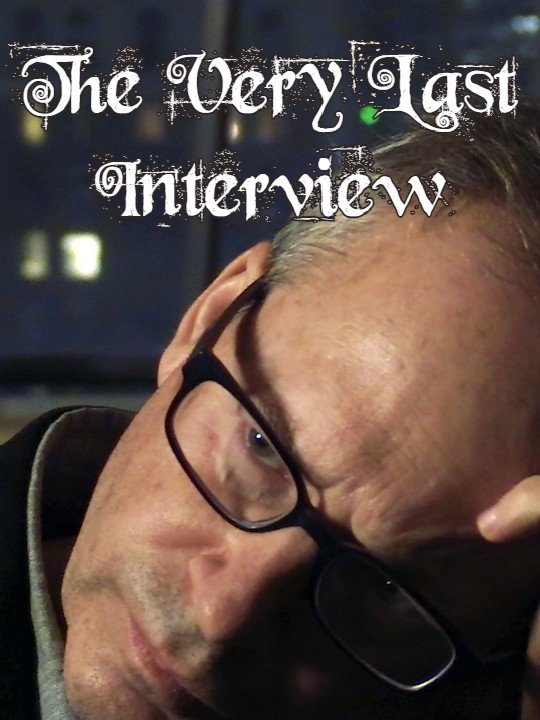 Then, of course, we had a setback. A last-minute conflict required us to push back shooting until the end of November. This also meant that we lost our original location. The silver-lining was that we got an unexpected three extra weeks of rehearsal.

The day before shooting, I went to our new location to set everything up. Since our movie essentially consisted of just one shot, getting that shot to look right was crucial. The pictures I had seen of the location showed a beautiful view of downtown Los Angeles, which seemed like another piece of good fortune from the Cinema Gods — and a much more interesting background than the brick wall at our original location. But as I set up the frame for the interview, I noticed something heartbreaking: the windows were too high to be seen clearly in the shot. No matter where I placed the camera, the shot was a bit ugly and, even worse, boring.

If we had more time, I’m certain a solution could have been found, but we had already delayed shooting once. The reality of DIY filmmaking is often that you can’t wait for the conditions to be ideal. It’s a Darwinian game of adapt or die, so I started looking around the location for something — anything — that could save this shot.

I noticed a blinking little Christmas tree in the corner.

It made no sense to have a Christmas tree in the background of this shot. David Shields is Jewish. The script does not once mention Christmas. There are no miracles, angels, or stop-motion snowmen.

And yet, that strange little tree with its erratically blinking lights looked so good in the background. I fell in love with the shot.

I couldn’t tell if I had simply become blind to my own idiocy, so I called Rachel and David to ask their opinions. Could our dark little parable about a suicidal author work as a Christmas movie? The answer was a unanimous “Yes!” In fact, everyone agreed that somehow, miraculously, this made complete sense for the movie. By setting it at Christmas, the depiction of loneliness, depression, and self-defeat in our character became all the more sad and poignant. It also made this Kafkaesque interview even more absurd.

So we did it. I surprised the actors when they arrived on set by telling them that we were now making a Christmas movie.

And somehow The Very Last Interview feels like the Christmas movie we all deserve at the end of this year that no one wanted. It can serve as a reminder of all the anxiety and self-loathing, all the isolation and depression, all the times we forgot how to be normal with each other throughout 2020. This movie is both a record of what it felt like to be alive on earth during this pandemic, but it’s also a testament to the human animal’s ability to adapt to anything and our relentless drive to connect with one another. It’s the anti-holiday special for all you bookish misanthropes out there. 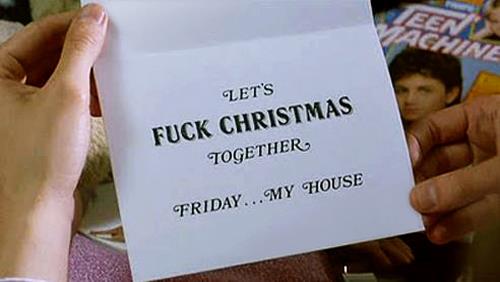 David Shields’s 23rd book, The Very Last Interview, is forthcoming from New York Review Books in March 2022. The movie is available above.