How to Do the Hustle: Use Craigslist, IMDbPro and Other Job Boards to Jumpstart Your Film Career

The daunting task of moving to a new city alone and attempting to break into the notoriously nepotistic community that is the film industry is enough to drive any well-adjusted individual to weekly existential crises.

It’s all about who you know, right? But what if you know no one?

Well, you have to start somewhere. Plenty of glorious cinematic careers have been launched by the timeless method of getting out there and meeting people, charming them, and asking if they are looking for help on their next project—networking 101.

What do you do in between parties, then? With the internet at your fingertips, you can be proactive without leaving the house, exploring all the avenues the wily web has to offer. We asked some young, resourceful moviemakers who have braved these waters for their best hustling tips, both online and off.

In a smaller to mid-size city, the local film commission really is the resource you should be using to stay informed on incoming projects. The benefits of being on friendly terms with the office (Yes, go ahead and send that “Congratulations on your kid’s bar mitzvah” card to the commissioner) cannot be overstated. Staff should be well-versed on every project requiring a local permit, and may even have a jump on projects that haven’t yet been listed on other online databases. When these productions come to town, nearly all below-the-line talent will be hired locally (since flying out PAs or art department hands is often too expensive), and the film commission assists in facilitating the hiring of these positions.

Case Barden, an associate producer on the upcoming Karen Gillan-starring indie feature All Creatures, has often been this out-of-town producer tapping a commission for hiring assistance. All Creatures was the first film to take advantage of Kansas City, Missouri’s new tax incentive (which operates without support from any state film tax incentive). He describes using the KC Film Office’s straightforward online database of local crew as “the most amazingly efficient process” for hiring. If the film commission knows your name, you’ll likely be the one they recommend when a production comes to town. 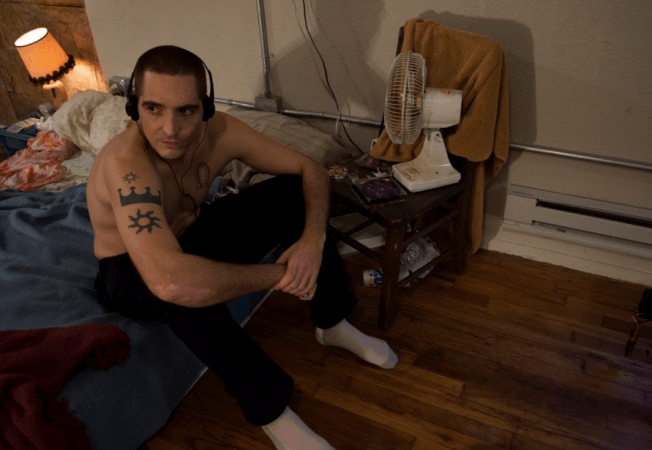 When Robert Nyerges learned that Steven Spielberg was gearing up to shoot his 2012 Civil War epic Lincoln in Robert’s home state of Virginia, he used a connection at the Virginia Film Office to obtain the production office number for Spielberg’s film, secretly titled Office Seekers at the time.

Nyerges describes his experience being a squeaky wheel: “I was very, very persistent in calling, probably to an obnoxiously annoying level. I’d call once or twice a week and say, ‘Hey, I wanted to follow up, wanted to follow up, wanted to follow up.’ And every time I’d get an excuse: ‘Oh, that person is not in.’ ‘They’re in a meeting.’ ‘They’re not here right now.’ ‘They just stepped out.’ After about six weeks of calling, they said, ‘Sure, let me transfer you real quick,’ and I talked to the person for about two minutes. And they said, ‘Great, we want to bring you on as a PA.’”

Be Savvy About Craigslist

It’s not just a resource for scoring a gently used ping pong table or Persian rug anymore—Craigslist is a great place to find entry-level (and sometimes higher-level) opportunities. Will DaRosa, a California-based freelance cinematographer, got his first Craigslist gig as an 18-year-old lensing a punk music video in Sacramento. In the years since, DaRosa has turned scouring Craigslist into a well-oiled process: He filters results using specific keywords (details are important: “DOP” is the European term for “DP,” for example), and has keyword alerts sent to his phone so he’s immediately aware of any new posts. This is because on Craigslist, timing is paramount—the uber-competitive market of Los Angeles means that a post two or more hours old is largely obsolete, what DaRosa describes as “the curse and benefit of a large market.”

Learn to trust your instincts about the quality of a job when browsing the famously unregulated Craigslist, he advises. A post riddled with grammatical errors shows a lack of seriousness and attention to detail that could foreshadow a muddled, difficult production.

In his “Craigslist Hustle” YouTube videos, Cinematography Database website founder Matt Workman highlights the key phrases and information that separate promising Craigslist opportunities from the riffraff. For instance, if the ad lists shooting dates, this indicates a project more likely to go forward, instead of something that may never leave the pre-production wishful thinking phase.

In addition to searching for jobs on the site, DaRosa has his own posts running on Craigslist advertising his services as a cinematographer. He’s reached a point in his freelancing career where the percentage of projects landed via Craigslist is fairly low—he estimates somewhere between 5-10 percent of his total work—compared to jobs obtained from previous relationships, like his shooting of recent web series Keith Broke His Leg and The Hotel Barclay. However, having Craigslist ads up (for free) is still invaluable for “the fact that your info is getting bumped around, and your page is getting hits. It’s not so much that you book the jobs, it’s that people end up looking at your reel.”

Beyond Craigslist, DaRosa also recommends Mandy’s Film and TV Production Resources, whose straightforward interface allows for an easy search across different facets of production. Mandy culls job postings from other websites, so you won’t have to check many different job boards. DaRosa avoids the “Low/No Paid” option as many gigs there are below his day rate; however, if a rate is listed as “negotiable,” he will almost always follow up with his rate.

Pony Up For IMDbPro

At $149.99 a year, it doesn’t cost nothing, but most moviemakers surveyed recommend IMDbPro as a resource for information on film projects in all stages of production. It helps you keep track of projects that you may be interested in working on, and lists the numbers and emails that will at least start your journey to the right contact.

After working on Lincoln, Nyerges decided to make the big leap and move from Ohio to LA. He got a subscription to IMDbPRO and looked up all of the other movies that the assistant directors he’d worked with on Lincoln were doing.

“The Directors Guild of America has a directory of all DGA members in the Los Angeles local. Using that, I emailed every single person the ADs I’d met on Lincoln had worked with, and basically sent a form letter. It said, ‘Hey, I just moved to L.A. I worked with this person, whom you know. I’m looking for work. Please let me know if you need any help on any upcoming projects.’ And I sent my resume—which at the time was mostly film school projects, nothing that any AD would want to look at. But the fact that I reached out to a lot of people really helped. It was a numbers game from that point.

“I think I sent around 500 emails, which I’m sure was annoying to some people. But out of those 500, I received five to 10 responses, which led to two actual jobs. Those jobs were small projects—both pilots. But I was able to meet more people, who put me onto more projects, and it snowballed from there.”

Facebook is a major player in the way people are now hired on films. A little bit of face time is required at first—after you’ve met such-and-such producer at your local repertory cinema screening and vocalized your desire to work for her, you can add her on Facebook. From there, you could ask to be added to various private Facebook groups and industry email lists where people post job openings.

Barden says that even outside of these private groups, a producer will often just post publicly on their Facebook page, asking their industry friends for recommendations for various positions. Barden messages that producer on Facebook and recommends people for the position—which will always trump a blindly submitted resume.

Work other forms of social media, of course. Tagging people in posts from a film shoot on Instagram, or even just liking someone’s posts from time to time, is an easy way to refresh their memory that you exist. (Just don’t be a stalker.)

A former career adviser at The Los Angeles Film School, Brian Tran says he would tell students to subscribe to weekly production listings. These newsletters list union and non-union productions, so you don’t have to sift through the student shorts or low-budget music videos you might find elsewhere on the web. While the fees to join can be pricey, the lists usually come in a handy PDF format, which makes sharing a cinch—so split the subscription cost with a group of other production hopefuls.

Once again, the “numbers game” mantra is key here. You are cold-calling, after all, and can’t expect a high percentage of returns. When a production office is in a pinch for extra help on set one day, however, pulling a resume out of their file beats taking the time to post somewhere. So get your resume into everyone’s file.

Below the Line Production Listings

Posting your resume on an online database can’t hurt. I once received a phone call from a producer asking me to come on set for a major network TV shoot for the next two days. She’d found my information from a post I’d created on ProductionHUB and forgotten about. Beyond the major film hubs, you can get listed on regionally based online directories, like the Mid-Atlantic Production Services Directory which includes Virginia, Maryland, West Virginia and DC.

The more your name is out there, the greater the chances you’ll get called for something. Don’t let rejection or radio silence get you down, and don’t take it personally when a connection doesn’t pan out. Cast a wide net, and keep plugging away. MM