How The Orange Years Directors Made Their Nickelodeon Doc Without Money, Connections, or Getting Slimed 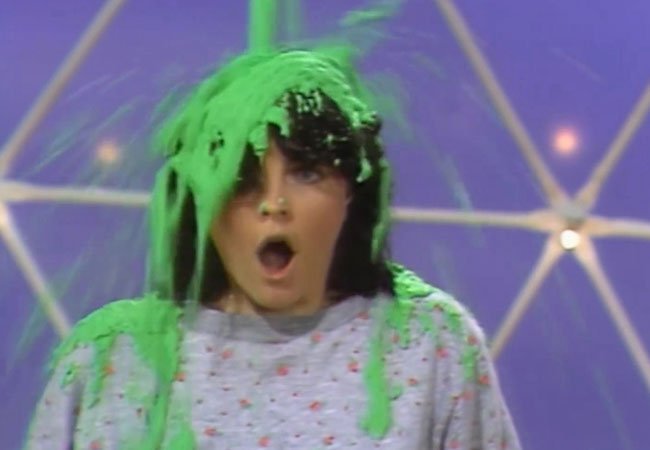 The Orange Years co-directors Scott Barber and Adam Sweeney grew up together in the late ’80s and early ’90s, bonding over Nickelodeon. When Adam’s family moved 35 miles away — the equivalent of 35 million kid miles — they kept in touch by talking about their favorite shows.

Nickelodeon also kept them close as adults. After years of collaborating on screenplays, they decided to try to make their own film, and decided to make a documentary.

The subject was obvious. The Orange Years is about the early days of Nick, and how a largely female team, especially Geraldine Laybourne, a former teacher, helped launch the network.

In the latest MovieMaker podcast, Barber tells Eric Steuer how he and Sweeney launched The Orange Years without a lot of money or connections. You can listen on Apple or Spotify or right here:

“I’m an editor, and I have a video production business with my wife in Houston. So we had all the cameras, and I certainly knew that we could edit it,” Barber says.

They set up interviews, and sometimes one would open the door to another as people they interviewed would vouch for them and their project. They knew one cameraperson on the West Coast, and one on the East Coast, who could shoot their interviews.

They used their footage to put together a trailer that they used as proof-of-concept for an Indiegogo campaign.

“We were two guys that had never made a film before. We knew it might be hard to get an investor to take a chance on us,” says Barber. “And also we kind of thought, well, this will be our litmus test. Like, if it doesn’t get funded, then there’s no interest in it.”

They hit their goal, and with that encouragement, and financial help, they finished their film.

They followed a DIY ethos that Barber knew well.

“I toured in a punk band for a little while. So I was used to doing things super, super, super DIY, and I love doing things super DIY. So we would go out to Los Angeles and just crash wherever we could. Yeah, and we would just film from sunup to sundown. I think the first time we went out to LA, we filmed like 15 to 20 interviews. So we were filming like an average of five or six a day, while because we stayed out there for maybe four or five days. And we were just filming with a skeleton crew. Sometimes it was just me and Adam, you know me behind the camera and him.”

The Indigogo money allowed them to take two trips to LA, one trip to New York, and one trip each to Toronto and Ottawa. From there, they just needed a couple of small trips for pickup interviews.

Barber goes into greater detail in the podcast. The Orange Years makes a persuasive case that Nickelodeon inspired a generation of young creators to do cool, creative projects without much of a budget.

And one of those cool projects, it turns out, is The Orange Years.

The Orange Years is now available on demand.