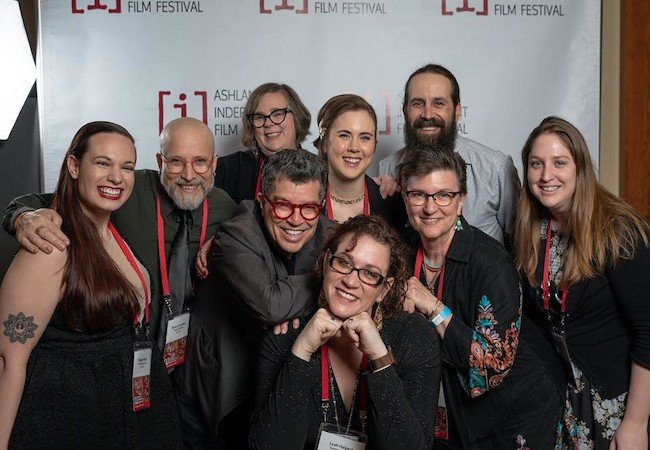 Richard Herskowitz, artistic director of the Ashland Independent Film Festival, is a native New Yorker who never saw himself moving to a Southern Oregon town of 20,000. But Ashland won him over years ago with a dedicated film community, the Oregon Shakespeare Festival  —and miles of trails.

“I feel really lucky that I, in many ways, was able to be reborn here. And in many ways, it is a different country from the East Coast. I mean, my friends would just be amazed. I hike a lot now,” he says on the new MovieMaker Interviews podcast, which you can listen to on Apple or Spotify or above.

Ashland doesn’t need a rebirth — it remains a beautiful place — but it is ready for a reset. This year has been hard on everyone, but Ashland has suffered not just the pandemic but wildfires. They have scorched tens of thousands of acres and darkened the skies of the artistic, idyllic town 20 miles north of California. The Almeda fire burned hundreds of homes.

That double tragedy hurt both the Shakespeare Festival and the film festival, both of which help drive the local economy.

“It has been like one blow after another. I think this is true all over the world. And maybe it feels like that especially on the West Coast lately,” Herskowitz says.

In January, MovieMaker listed Ashland as one of the best towns for moviemakers in the country, noting its “accessibility to larger production centers like Portland and San Francisco, and non-stop flights to Los Angeles,” as well as local film expenditures ranging between $6-8 million annually, eight regional production facilities and 14 equipment rental houses.

The town’s film love has also inspired it to innovate through tragedy, and the Ashland Independent Film Festival has made a few changes that Herskovitz believes are here to stay. Virtual film festival panels, for example, have allowed for surprising spontaneity, and some excellent spur-of-the-moment guests.

Local resident Bruce Campbell, Ash from the Evil Dead franchise, took his role very seriously when he was tapped as the host of the virtual awards ceremony for this year’s festival. (Yes: Ash lives in the Ashland area.)

“I thought he was just going to hand them the award and congratulate them, and he ended up interviewing them. And he was genuinely curious about everybody’s film,” Herskovitz says. “It was it was pretty amazing.”

You can listen to the full podcast for how Ashland — like many festivals — is improving and adapting. You can also watch videos from the festival on its YouTube channel, and learn more on the Ashland Independent Film Festival website.

Brea Grant on the Urban Legend That Inspired 12-Hour-Shift
Can Fulldome Be the Next IMAX? We Go Inside the Large-Scale Format