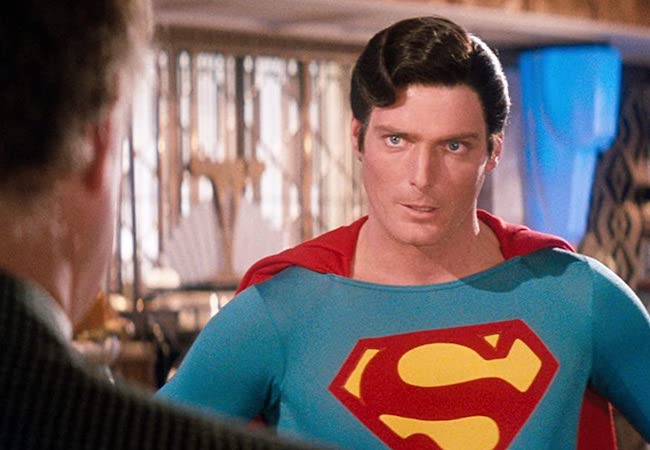 In 1987, Christopher Reeve came back from Superman retirement to make Superman IV: The Quest for Peace — a film that became widely known as a disaster.

How did it happen? Why did it happen? All is explained in the latest episode of The Industry, Dan Delgado’s podcast about Hollywood’s strangest decisions. You can listen on Apple or Spotify or here:

Reeve said in 1983, after the release of Superman III, that he was done with the role that had made him a star. Superman III had been a bit troubled, with Margot Kidder relegated to essentially a cameo as Lois Lane after clashes with Superman producers Ilya and Alexander Salkind. Gene Hackman’s Lex Luthor was nowhere to be found.

Superman IV brought them back — but the film had a far smaller budget than past Superman films had enjoyed. That limited a crucial scene at the United Nations, the special effects around a new villain called Nuclear Man, and even the way Superman flew.

So why did Reeve return for a relatively low-budget Superman movie, after very publicly hanging up his cape?

As Delgado learns in his investigation of the film, Reeve made a deal to make Superman IV in exchange for a green light for his gritty drama Street Smart. He plays a reporter in Street Smart who invents a story about a pimp, and runs into trouble with a real pimp.

That pimp is played by an Armani-clad Morgan Freeman, who was best known at the time for his work as cool-cat book enthusiast named Easy Reader on the funky ’70s kids show The Electric Company.

Freeman would later call his role in Street Smart “the first real role I had in a movie” and his favorite role ever.

But Street Smart didn’t work out as Reeve had hoped. Street Smart director Jerry Schatzberg tells Delgado on this episode of The Industry that Reeve believed Freeman was stealing scene after scene.

“The problem with Chris was that he didn’t realize how good Morgan was, and when he saw Morgan, he wanted me to change the film to lessen Morgan’s part, and I wouldn’t do it,” Schatzberg said. “Morgan was sensational, and no matter what you do, Morgan would probably be sensational.”

Schatzberg, 93, knows talent. He helped make Al Pacino a star by casting him in The Panic in Needle Park in 1971.

“Chris saw the film and saw how powerful Morgan was in the film,” Schatzberg said. “And I didn’t do anything radical to make him. He was just a great actor.”

Oscar voters agreed: Freeman earned a nomination for Best Supporting Actor. And though he lost to Sean Connery in The Untouchables, he was on his way to greatness. He  eventually won an Oscar for Million Dollar Baby.

Superman IV was enough of a disappointment that we didn’t get another Superman film until 2006’s Superman Returns. Jon Cryer, who played Luthor’s nephew in Superman IV, once told a fan on CNN that it was “sad” to work on the last Christopher Reeve Superman film, and that it ran out of money partway through.

“When they ran out of money they had to cut together an incomplete movie,” he said. “The movie is not finished… there’s effects shots that don’t make any sense. There’s huge scenes missing. I swear, the original script made more sense.”

Reeve wrote in his autobiography, Still Me:

“We were also hampered by budget constraints and cutbacks in all departments. Cannon Films had nearly thirty projects in the works at the time, and Superman IV received no special consideration. … Even if the story had been brilliant, I don’t think that we could ever have lived up to the audience’s expectations with this approach.”

Delgado reports that there may be a much longer and better version of Superman IV than the one director Sidney J. Furue had to release. He jokes that there should be a hashtag: #ReleasetheFurieCut.

Despite the troubles around Superman IV, Reeve’s legacy is secure.

He died too soon at 52, nine years after becoming paralyzed by a 1995 riding accident. He went on to become a powerful advocate for insurance reform and medical research. His New York Times obituary called him a “symbol of courage.”

“It was Mr. Reeve’s personal courage in dealing with his paralysis that transcended both his causes and profession, making him a real-life superhero in many minds,” the Times wrote.