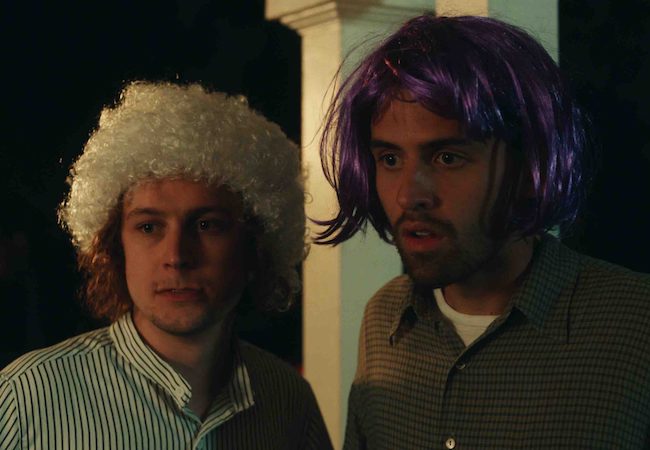 Cooper Raiff was in college when he started work on what became his acclaimed debut feature Shithouse. In this essay, he jokes that to get the shots he needed for the film, he and his team had to become “the most manipulative people in the world.”

Shithouse is a nano-budget feature based on my college experience and my relationship with this great person I love named Madeline. It’s about a homesick college freshman who goes to a party and ends up spending the night with his sophomore RA who’s had a shitty day and wants someone to hang out with. Shithouse started as Madeline & Cooper, a 50-minute crappily-made-in-earnest movie. The movies are about the same thing, but the one that came first, Madeline & Cooper, was made by three people total.

Madeline Hill, Will Youmans (another great person I love), and I made Madeline & Cooper a couple years ago, when we were at Occidental College. It was the end of February, and we didn’t have any spring break plans in place because we weren’t seniors or fun planners. So I texted them, “Hey, what if we snag a camera and a boom mic from school and make a little movie for spring break?” Madeline responded, “Buzz off man.” Will responded, “Yeah I don’t want to do that.” Then I offered them a sweet $150 and they were both like, “Curses! Foiled again!”

I wrote Madeline & Cooper in a week because it was just a matter of me translating all the iPhone notes I had jotted down during my first years at college into screenwriting software. Madeline & Cooper ended up having seven very noticeable dead pixels, but it meant a lot to me. 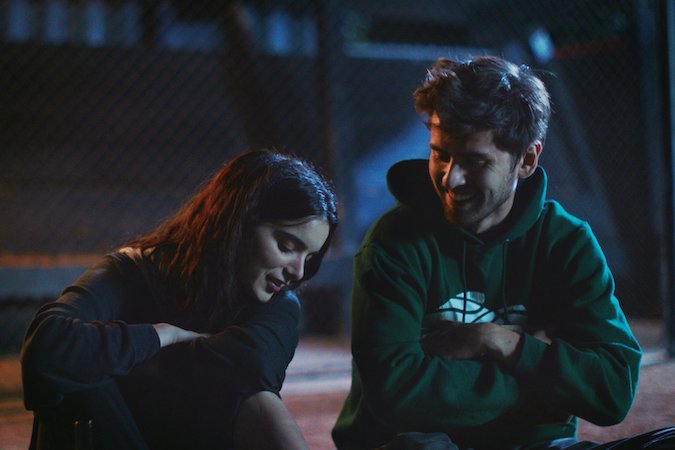 Pre-production for Madeline & Cooper only lasted one day. We got a camera and boom mic in the morning, then we walked around campus and figured out where the two characters were going to talk to each other. We rehearsed while we did this. Madeline and I weren’t SAG, so we didn’t have anything to worry about there. And we filmed everything on campus, and planned to tell security guards we were making a student film, so we weren’t worried about permits or anything like that. But I learned a lot of very basic, very important things. Here are the seven lessons I took away from my experience making Madeline & Cooper:

1. Make sure it’s going to be quiet when and where you’re filming.

3. Don’t forget about light. The only light we had was from our phones, so we had to get very creative. But being creative is fun! And it’s okay if there’s a scene or two where you can’t see a character’s face. Right?

5. Try your best to film scenes in order.

6. Cut scenes, not takes. Unless it’s going to hurt a teammate’s feelings, cut scenes if you think you’re going to be low on time. Trying to fit every scene in by doing less takes will lead to a sucky movie. Get every scene right. Even if it means you don’t have time for another scene down the road. Ask yourself if you can cut scenes, and you’ll most likely realize you can.

The finished Madeline & Cooper indeed looked and sounded like a movie made in a week by three people who didn’t know how to make a movie. Madeline and I were trading off operating the boom mic during scenes we were acting in at four in the morning, while Will was trying his very best not to fall asleep, so as not to drop the expensive camera we didn’t own. Despite its obvious flaws though, it meant a ton to me. So I got up the courage to tweet a link to Jay Duplass and was like, “Bet you won’t click on this link then email me.” No lie, Jay emailed me twelve hours later telling me he won the bet. Over the course of the next year, he helped me turn Madeline & Cooper into Shithouse.

Jay mentor-produced Shithouse, but it was by no means a Duplass Brothers Production. It was an “oh my God what the fuck are we doing” production. It was the hardest thing I’ll ever do and the least amount of sleep I’ll ever get. The MVP of Shithouse was also the MVP of Madeline & Cooper: Will Youmans.

When I told Will that Jay Duplass wanted to help me turn Madeline & Cooper into Shithouse, Will was like, “Oh no.” He knew I was going to ask him to help. And he knew he was going to say yes, because he secretly loves drama.

And, yes, there was drama. The main source of drama was the fact that we had to rush pre-production because I realized way too late in the game that we were going to have to film two weeks before the end of summer. Either that, or we were going to have to film the movie next summer. The movie is about college and we had at least two weeks of shooting on a campus, but I realized no school was going to allow us to film while students were on campus. The day after my realization, Will and I asked our college for permission to film our movie on campus right before the start of school. They actually said yes. But then they told us how expensive it would be, and we truly thought they were kidding. Without disclosing all the details, I’ll just say filming on our college campus for one day would’ve been a fourth of our entire movie budget. 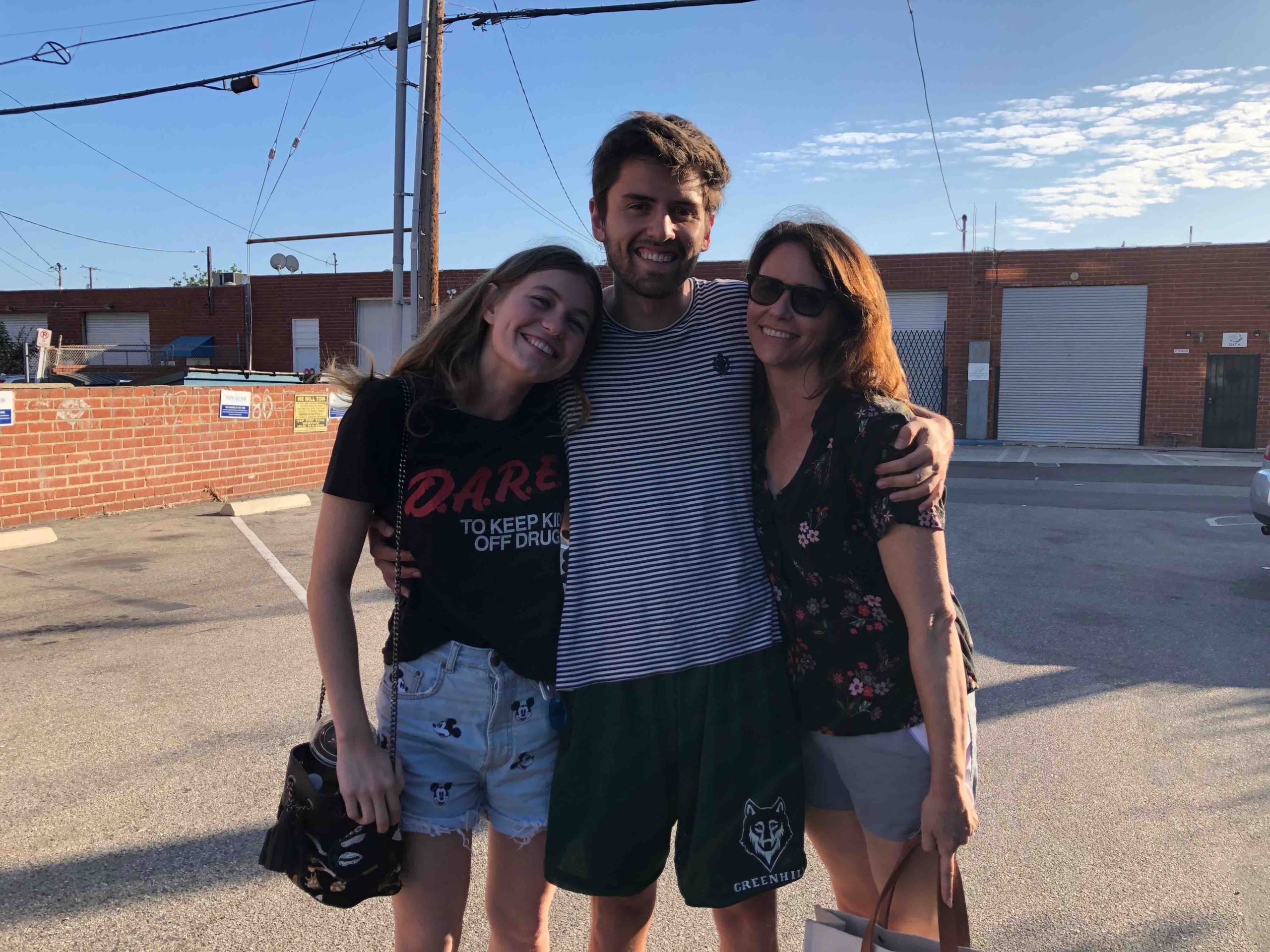 After shitting our pants (not really), Will and I realized we were basically going to have to become the most manipulative people in the world. And that’s what we did. I’m not proud of all the lies we told, but we didn’t see another way. Our movie became “a student short with no money and four crew members.” We charmed and lied and begged and charmed and lied and begged. And, again, we learned quite a lot. Here are nine lessons Will and I took away from our Shithouse pre-production experience:

1. Save every single phone number you ever call as a contact.

2. Don’t fall in love with locations before you’ve secured them or made the decision to go ahead and steal them.

3. Get auto included when you first get production insurance.

4. Be super nice to your SAG rep so they feel guilty not answering your calls.

5. Get insurance for something the second you know you’re going use it, because it can take a long-ass time.

8. Meet with every single person who is going to work on your movie. You need to have a relationship with each person so that when you’re all exhausted and pissed and need to do one more scene even though it’s already been 12 hours and you can’t afford to pay overtime, you can look at each one of them and say what you need for the movie to be the best it can be. They might not give a shit and leave anyway, but they’ll respect you and trust you as a leader come tomorrow.

9. Don’t rush pre-production. I won’t mince words, making a movie that means a lot to you for very little money sucks so hard. But! It won’t suck as much if you don’t rush pre-production. Give yourself time. More important, know what pre-production is. I didn’t know what it was. I thought it was just the block of time where you put things in place for production. But it’s much more than that. It’s the time where you’re looking out for yourself and for your teammates. You’re making sure everybody is going to be fed and rested and taken care of so you can all work together to make a movie that means a lot to every person on set.

Shithouse, directed by Cooper Raiff, opens on demand this Friday.

Time Director Garrett Bradley: Documentaries Need to Do More Than Watch
Aaron Sorkin Had One Rule For The Trial of the Chicago 7