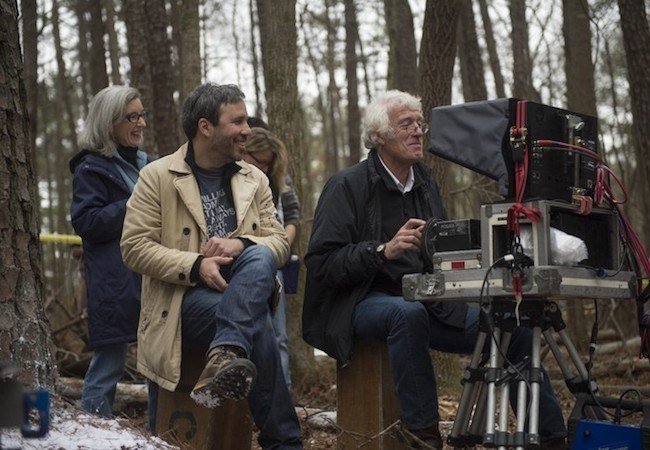 One of the most celebrated cinematographers in filmmaking, Roger Deakins has, until last night, been always the bridesmaid and never the bride. But at long last, the Blade Runner 2049 DP has brought home the gold, after nabbing his 14th Oscar nomination and first ever win.

As a cinematographer, Roger Deakins has built up quite the resume, including a James Bond film with Skyfall, nearly all of the Coen Brothers’ films, The Shawshank Redemption, The Assassination of Jesse James and now locking himself in as Blade Runner director Denis Villeneuve’s cinematographer of choice. In this video essay by wolfcrow, Deakins’ work is analyzed and cinematic techniques across his films are examined to pull out a definable style for the famed cinematographer.

One of the primary techniques pointed out by wolfcrow is Deakins’ preference for motivating light and even including it as a design element within the mise en scene of the film. Throughout Blade Runner 2049 the endless display of neon lights, billboards and towering holograms illuminate the screen, providing an endless number of designed, integrated lights. From one scene to the next, Gosling’s protagonist Detective K is lit with the neon pink of the hundred foot tall hologram of his electronic partner, Joi, or is lit by the deep green provided by the billboards outside his window. No matter the scene, there is always a new and unique source for the vibrant lighting on display.

In the above shot from Blade Runner 2049, we can see the cinematographic technique pointed out by wolfcrow at 3:04 in the video. The light on the right side of actress Ana de Armas’ face acts as the key, while the right side is lit with the fill, bathed in shadow. Meanwhile, the left side of the background is bathed in light while the right is dark and shadow, thus providing a contrast by which our attention can be drawn to Armas’ face and the emotion that she is conveying. The shot also serves a thematic purpose as the light’s effect on her face gives her a tangibly real quality. In this scene, she has been given physical substance and weight that allows her to exist beyond her natural holographic state with the light and rain on her skin being signifiers of her perceived “reality.” The contrast and contour of her face in this scene is not just a cinematographic technique but also a thematic one.

The key to the cinematography of Blade Runner 2049 is the level of variance. Deakins’ work never becomes monotonous because he is always finding new ways to light a scene, with many different looks finding themselves in service of many different scenes. The opening sequence is lit naturally and openly with whites, browns and bright, fluorescent lights—a far cry from the dark, neon world of the original Blade Runner. From here, there are many scenes lit like the original, many other lit more naturally, an entire sequence set in a sandstorm-swept Las Vegas that is entirely different than anything in the original. 2049 is a lengthy odyssey displaying nearly every trick up Deakins’ sleeve. MM