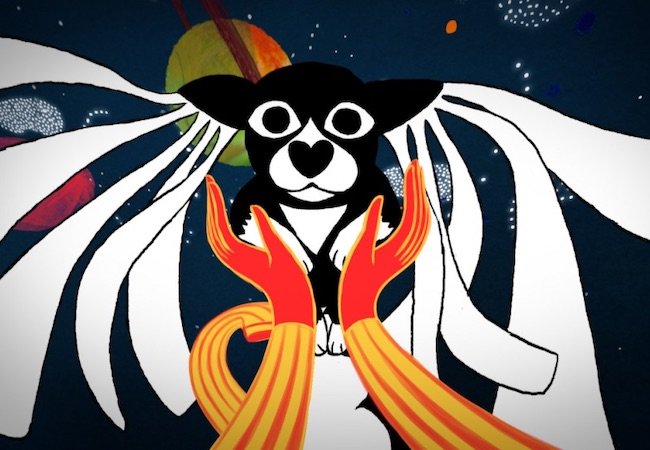 Anca Damian got the idea for her film Marona’s Fantastic Tale when she came across a stray puppy while walking her own dog.

Damian tried to find the stray a family, and she seemed to form empathetic relationships with everyone who took her in. Marona’s Fantastic Tale is an animated feature about an adorable dog, separated from her family, who ponders humans’ inability to appreciate the present as she changes from one owner to the next.

“The idea came while I was trying to find foster families for her, and eventually a family to keep her permanently,” the Romanian director told MovieMaker from Bucharest.

The stray dog’s name is now Marona, and Damian’s experience with her inspired her to make her first family movie, following her previous adult-themed animated features, Crulic – The Path to Beyond and The Magic Mountain.

Damian believes the inciting drive to tell a story has a time limit, so she hurried to materialize the concept. Marona was completed in two years, one for financing and another for production.

Her son, Anghel Damian, an actor with no previous writing experience, stepped in to work on the screenplay based on her original premise while she was caught up between two other films. A first draft was finished in weeks to make funding deadlines. Anghel shared his mother’s values and deeply understood her expectations, and his education as a thespian helped. 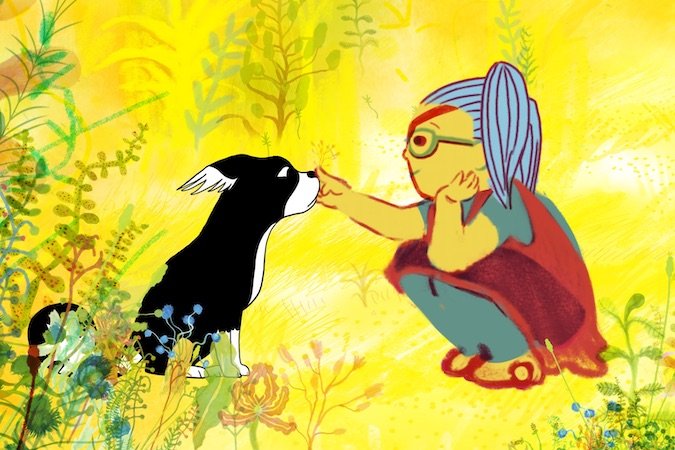 “Actors are good dialogue writers, because they write the lines they would like to say. Sometimes we writers don’t think about how the words will sound, but an actor will always have in mind what the line offers the character,” said the director. Later, she did revisions, rearranged scenes, and confidently went into production with that second draft.

Anca Damian always had an inclination for fine arts, but her parents didn’t allow her to follow that path at an early age. Trained as a cinematographer, she began her career working behind the camera and later became a director of live action features before venturing into animation. She now goes back and forth between the two mediums. Though she doesn’t draw professionally, she has a keen eye for spotting talent.

Damian came across the work of Belgian artist and cartoonist Brecht Evens while at a bookstore, and soon after reached out to him, feeling that his vibrant and freeform approach was a fit. He agreed to design the main characters and served as a consultant, but couldn’t commit to create the backgrounds, so she brought in Norwegian artist Gina Thorstensen and Italian illustrator Sarah Mazzetti as production designers.

Evens suggested Marona’s fur should be black and white to contrast with the colorful world she inhabits. He gave Manole, Marona’s first owner, an acrobat, the ability to transform his body and express emotion through the lines on his bodysuit. He drew small facial features on blue giant Istvan, the dog’s second owner, to denote his loving demeanor. 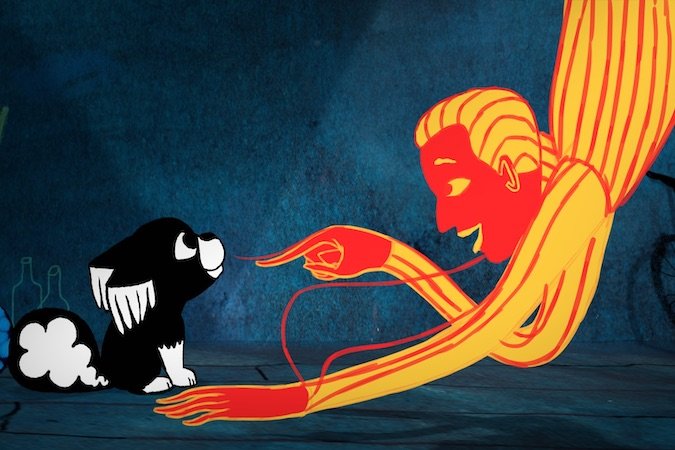 None of the core design team members, Evens included, had any experience working on an animated feature, but for Damian that was an asset, because they had no preconceived notions. Their fresh point of view ensured a stylistically unique aesthetic. “A lot of animated films look alike, and that is not what I wanted,” she said.

“If the visual artist is just executing what you are saying, that’s not enough. Their creativity should add something,” added Damian. “We created characters and spaces with elements that give them a personality you won’t forget, and at the same time these physical characteristics tell us about who they are inside.”

Marona was a co-production between several studios in Romania (Aparte Films), France (Sacrebleu Productions), and Belgium (Minds Meet), and had an estimated budget of €2.7 million (around $3 million)—a minuscule amount compared to studio animated productions in the United States.

“Everything seemed connected because there was an emotion that I could share with each one of them, even though everyone was working in different places. It was done by people who never met, but there was a synergy of energies,” noted Damian.

Damian is not interested in realistic perceptions of the world, and finds that thinking about time and space as a linear continuum is limiting. In animation she can “make the invisible visible” and explore our understanding of our reality in a way that we normally wouldn’t perceive them.

The world of Marona is fluid. Matter isn’t solid but malleable, and locations mutate throughout as we see the planets go by in front of our eyes, underscoring the limitlessness of the universe around us. 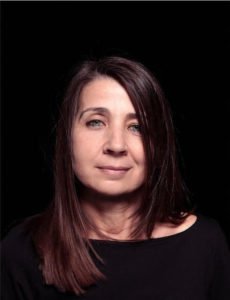 Damian gave 3D volume to the villains (dog catchers and businessmen), in contrast to the 2D craftsmanship of the rest of the film. Even if viewers don’t decode the visual language theoretically, they feel it. She’s transferred information into the images.

“I came to animation because I wanted to enrich my cinematic language, which is somewhat limited when you are shooting with a camera,” she said. “I believe the best films I’ve made are the animated ones, because I had complete freedom and didn’t have any fear of being myself. In live action sometimes I followed the way other people were making films. Only now, thanks to my work in animation, I’ve gained the mental freedom to also feel liberated in live action.”

‘A Philosophical Tale Disguised as a Family Movie’

“The four-legged heroine is given different names throughout the film — Nine, Anna, Sarah, and ultimately Marona. Damian believes we all are in a constant state of emotional and personal flux and it’s our task to seek joy and purpose in each of our iterations.

“For me, Marona’s Fantastic Tale is a philosophical tale disguised as a family movie with a sweet dog as its main character,” she said. “All dogs have a therapeutic effect on humans because they live in the here and now. The way dogs live is much closer to Buddhist wisdom than we do. We shouldn’t just project things in the future while ignoring the present.”

That profound reasoning is encapsulate in French composer Pablo Pico’s score, and in particular in the stirring credits song “Happiness (Is a Small Thing),” which speaks about the magic of the ordinary in a dog’s eyes. “The song summarizes what I wanted to say with the film,” said Damian.

The track itself exemplifies a global collaborative effort as the lyrics were written first by a Romanian poet, translated to English by a British journalist, and then sung by Swedish performer Isabel Sörling.

Damian considers herself a naïve soul. She believes art should push the world towards positive change. Since we are so used to understanding events and relationships solely from our condition as individuals, it’s her hope that a dog’s observations on how we routinely construct sorrow for ourselves can give us perspective. Dogs, creatures without malice, are better than humans at being happy.

To that point and to enhance the character’s worldview, the director chose to allow Marona to share her sharp thoughts via voiceover by Lizzie Brocheré in the widely seen French dub. The actress initially captures the innocence of childhood and then a more mature interaction with each emotional blow Marona withstands.

While Damian hopes the film floods viewers with warmth, she felt that addressing mortality in a family-oriented work was necessary for the sake of truthfulness. For her, there’s beauty in all the cycles of life, even those we don’t fully grasp, because they all give us a chance to care for one another. And Marona is a wonderful teacher.

“We discuss so many things that should or shouldn’t be taught to children that are not that important as human beings, but we don’t teach empathy or how to relate to others,” said Damian. “Our lives are a gift, and that’s best appreciated when we realize they don’t last forever. In a universe with infinite possibilities, we have the chance of becoming better every day and to learn that life is a love lesson.”