How It Ends Follows L.A.’s Overcomplicated Class on the Last Day of Human Existence 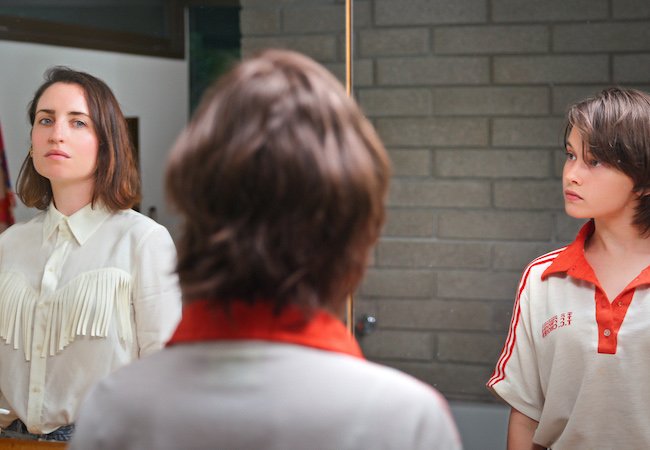 How It Ends won me over as soon as Nick Kroll’s character referred to a stockpile of marijuana as “the medicine.” This was the ridiculous phrase that dodgy doctors and paranoid weed-store proprietors had to use in those goofy years when we all pretended that all marijuana use in the city was strictly medicinal, before we dropped the facade and you started smelling it the moment you landed at LAX and seeing it on every desperate billboard. Kroll’s character is one of those Angelenos still hilariously holding up appearances long after it’s necessary, like the countless people here who still carefully apply makeup before putting on masks.

Co-writers and directors Zoe Lister-Jones and Daryl Wein said in a Q&A about their thoughtful and funny film’s Sundance debut that they wanted their film, shot during quarantine, to be a time capsule of L.A. during COVID-19. They’ve very amusingly focused on the city’s overcomplicated class of people whose problems are largely and absurdly of their own making yet resonate globally because so many in this class work in film and TV.

I thought a lot about How It Ends as I drove around L.A. today in search of a large iced coffee with whole milk. The first place I tried didn’t sell any dairy products. The second had iced coffee, but not enough to fill a cup. The third had very small iced coffees, with whole milk, which seemed like the best I could do. But I had to wait outside (no problem, happy to), and was scolded for going out the wrong door of two side-by-side doors both labeled “Exit.”

How It Ends makes the blessedly great decision not to mention COVID-19, and instead to focus on the much funnier threat of an asteroid that will soon extinguish human existence. Almost everyone handles the situation in the most L.A. way possible: acting very relaxed while not feeling relaxed at all.

Lister-Jones stars as Liza, a woman who spends Earth’s final day walking around some of the prettiest parts of the city making peace or settling scores with friends, lovers and family members. She’s accompanied by her YS, or younger self, played by a great Cailee Spaeny, who is 23 but winningly plays Liza at about age 12. She/they run into a who’s who of L.A. actors and comedians, and I had so much fun being surprised by everyone who appeared that I’m not going to ruin any of the surprises for you.

Almost every one of the lovely homes inhabited by the How It Ends characters looks like it would easily fetch $2 million in the current, weird L.A. housing market. The film does a great job of making all the characters fun to spend time with, but not so sympathetic that we feel devastated by their impending deaths. Almost no one has anything that could be considered an actual problem, aside from the end of the world.

How It Ends, directed by Zoe Lister-Jones and Daryl Wein, premiered Friday, January 29. The Sundance Film Festival runs through February 3.

Main image, above: Zoe Lister-Jones and Cailee Spaeny in How It Ends.

Cryptozoo by Dash Shaw Is the Rare Hand-Drawn Animated Feature for Adults
Jockey Director Clint Bentley: ‘No Jockey Wants Their Kid to Be a Jockey’