How I Earned the Job of Directing My Lifetime Movie, You’re Not Safe Here 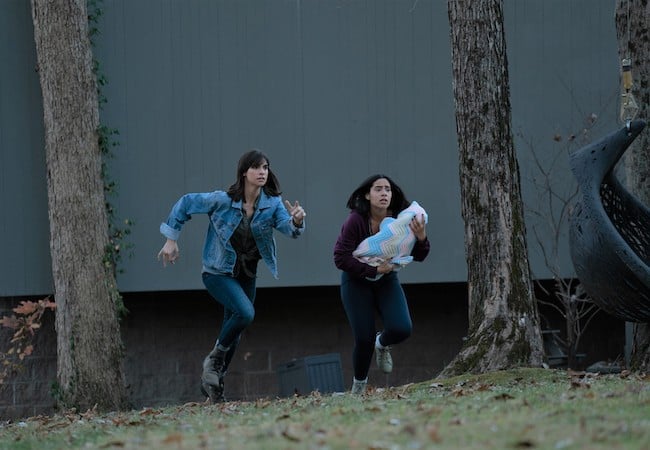 Rachel Annette Helson is a director and actress in New York City. Her directorial debut feature film You’re Not Safe Here, produced by Stargazer Films, airs on Lifetime TV this Saturday at 8/7c. You’re Not Safe Here follows Ava, a young pregnant woman, who is fleeing from her abusive boyfriend when she is rescued from a car accident by a friendly married couple. But she begins to fear they may have a sinister plan for her and her unborn baby. In this piece, Rachel explains how she cracked the code to land a job on a Lifetime movie.

Getting hired to direct film or television is a monumental task. You have to prove that you can deliver a project both creatively and financially, and it can all seem like an impossible Catch-22: no one wants to hire you until you are proven, and you can’t prove yourself until you are given an opportunity. Well, gather round my friends, because I want to tell you about a subsection of the industry that is more open to new directors than studio features or television – the wonderful world of TV movies.

I directed my first feature You’re Not Safe Here in November 2020, and not only was it fully funded and ended up being distributed on Lifetime TV, but I actually got paid to direct – which was a huge step forward for my career.

Here’s how I did it. 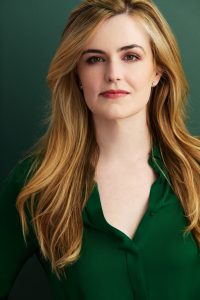 Be prepared. Give them every reason to say yes.

Before you try to book a feature directing job, study the craft, practice on smaller projects and try to get as much on-set experience as you can. I came to directing after a decade of working as a professional actor and editor, so I studied filmmaking from a performing and a post-production perspective. I also watched as many movies, television shows, behind-the-scenes interviews and Masterclasses as I could.

When I finally felt ready to dive in, I directed my first short film, a drama called Hatched, and entered it into competitions and film festivals. It was an Official Selection of HollyShorts, Film Shortage and StudioFest (where I was a finalist director) and was selected for distribution on Bitpix. I was also chosen as a New Director to Watch by Shoot Online for my work on the film.

I was interested in directing TV movies, and I saw that a production company in my hometown of Louisville, Kentucky was producing them. I went on IMDBpro and found contact information for the producers. Then, I put together my best pitch email. It included a brief description of my background, a list of the notable accolades that Hatched received, and a link to the film. At the end of the email, I asked if they would meet with me. To my surprise and delight, they emailed back and said yes!

All Newsletters Are Awful, Except Ours. Won’t You Take 10 Seconds to Sign Up?

A caveat: I have sent a lot of cold emails in my career. Nine times out of ten no one responds. Once in a while, someone does! I have found the producers and executives that work in TV movies to be particularly open and receptive to newer creatives. So, whether you’re a director, a writer, or a producer, I highly recommend reaching out and introducing yourself. IMDBpro is your best friend here, and I would try searching for successful TV movies to see which production companies worked on them. Then, create a list of executives to reach out to at those companies.

Relationships take time. It’s a marathon – not a sprint.

I met with the producers after my cold email in January of 2019, but I didn’t book my first movie until September 2020. This is a business of relationships, and relationships take time. Don’t expect to book a movie after your first meeting. I made sure to reach out via email every few months until I began to develop films as a writer with the company, so our communications became more frequent. Regardless, each time something new and noteworthy happened in my directing career, I would email with a quick update. 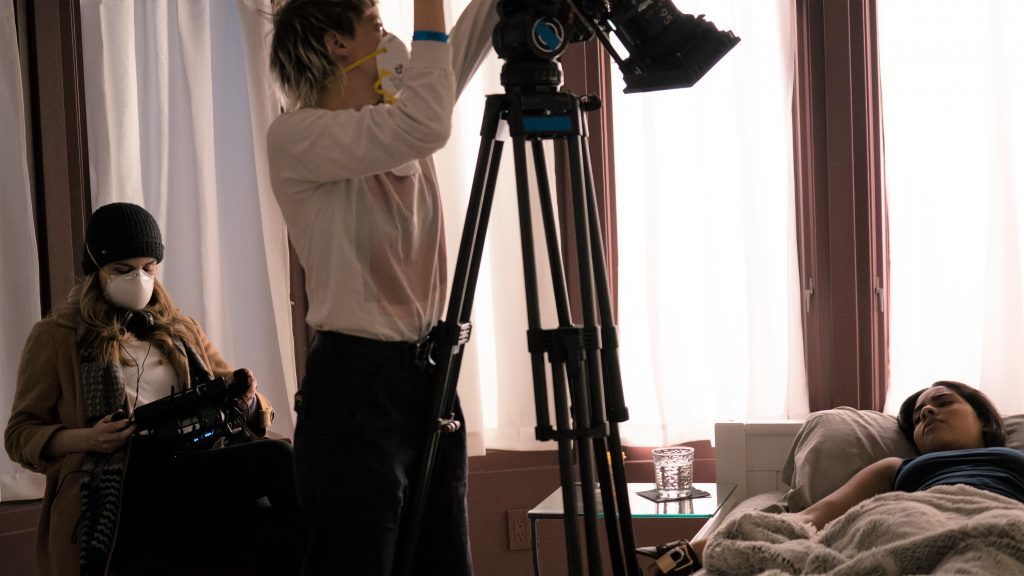 Then, during COVID-19, my husband and I came out to my family’s farm in Kentucky rather than stay in our small Los Angeles apartment. I made sure to update the producers that I was in town and available to direct.

Hatched is about a woman who suffers a loss in her life, and she deals with her grief through an obsession with why children have disappeared in a National Park. It was a female-focused project with moments of mystery that showed I could direct the tension of a thriller beat. It also had a budget of $30,000, raised through Seed & Spark donations, so I was able to hire a talented cast and crew that made the footage look beautiful and expensive. It was enough to get me in the room, but not enough to seal the deal.

During quarantine, I was hungry to create, and a writer from StudioFest sent me a terrific, COVID-friendly short film script. My husband is a really talented actor, so I was able to use him as the lead, and we made it completely in quarantine.

The two shorts combined with a pitch deck for the film turned the “maybe” into a “yes” – and ultimately landed me the feature directing job!

My story is not unique. I have heard of many first-time directors who were given opportunities to make TV movies. This part of the industry seems open and willing to take a chance on someone new, and the experience you gain directing a TV movie is invaluable. During the process, I was able to lead a great crew, work with producers and distributors to implement story notes, collaborate with our writer to develop a tight script, direct talented and experienced actors and shoot a 90-minute feature film in twelve days…during COVID! I feel prepared to walk onto my next set and take on all new challenges, and I am so proud of the film that our team created together!

Tom McCarthy and Moral Authority: Stillwater Travels to France to Examine an American Ideology
People Are Freaking Out Over Jared Leto in the House of Gucci Poster