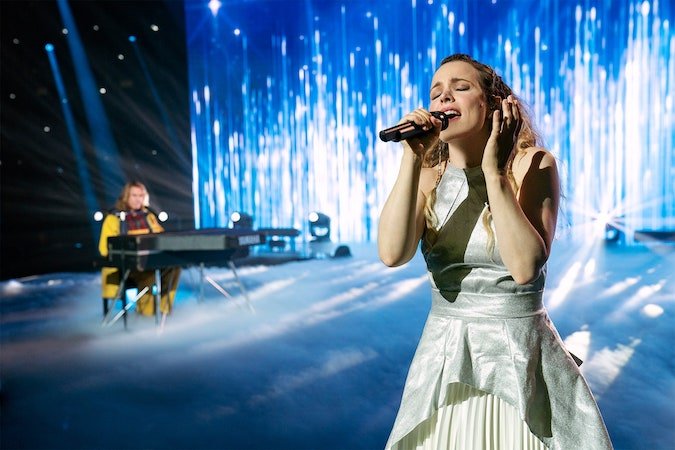 Netflix’s hit comedy Eurovision Song Contest: The Story of Fire Saga was a return to form for director David Dobkins. The veteran of Wedding Crashers and other films started out in music videos, including for Tupac Shakur. In the latest MovieMaker Interviews podcast, he talks about how he noticed Tupac’s THUG LIFE tattoo for the first time — and encouraged the rapper to show it off on-camera.

As Dobkins explained, he was invited to pitch Shakur a video concept for his 1993 single, “I Get Around.” Tupac loved the idea, Dobkins said, and so he landed his first paid directing gig.

At one point, he noticed Tupac had a tattoo across his abdomen that said THUG LIFE — an abbreviation for “the hate you give little infants fucks everyone” —  a phrase that means, essentially, children who are mistreated take it out on the world.

But Dobkins said the tattoo wasn’t on-brand with the image that Interscope Records co-founder Jimmy Iovine wanted for Shakur, who was best known for the time for the sensitive “Brenda’s Got a Baby,” a sympathetic song about teenage pregnancy.

“Jimmy hasn’t seen any of those tattoos yet so he called me at home and said ‘You ruined the video! We’re throwing the video out!’ … He had found a pocket that they believed was unique and special for him, and that portrayal of him as a gangster would ruin his momentum in that space,” Dobkins said.

He added: “I interviewed Jimmy a couple years ago and I said, you know you gave me my first job. And then you called me and cursed me because you thought I ruined it and then Tupac threatened to leave the label and then you released it and then it went platinum. He’s like, ‘Oh. I remember some of that.'”

Of course, Shakur eventually became known for what was then known as “gangsta rap” — but also for sensitive and nuanced celebrations of women, including “Keep Ya Head Up” and “Dear Mama.” 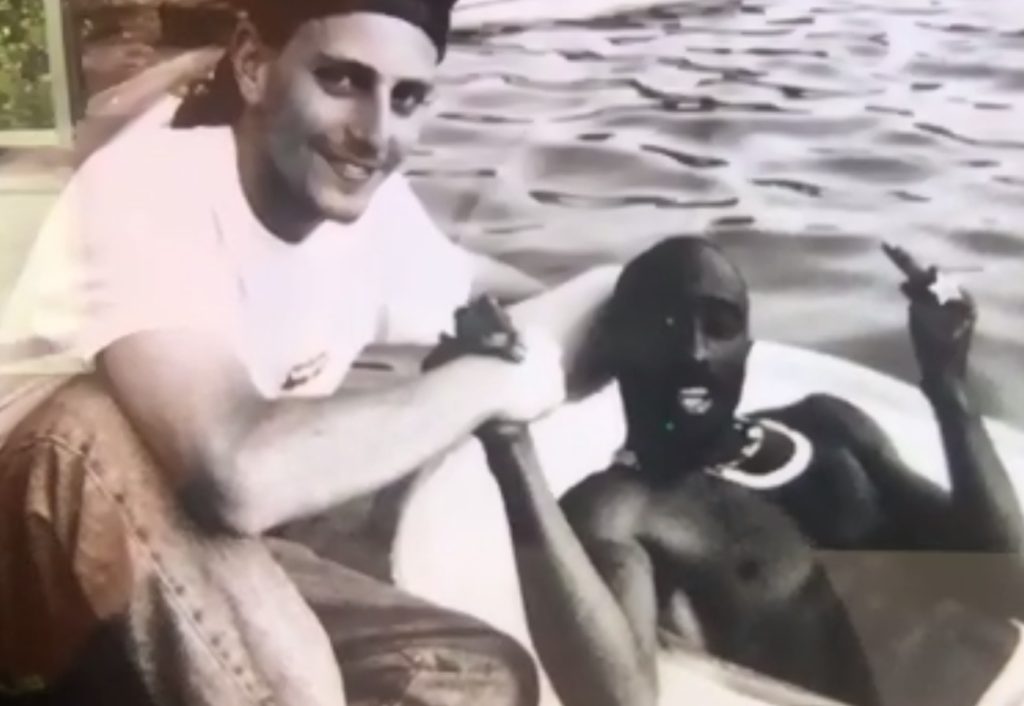 David Dobkins and Tupac Shakur in 1993, courtesy of Dobkins.

Dobkins said he brought “a ton” of his experience as a video director to Eurovision, which, like Tupac’s music, combines comedy, drama, and surprise into a compelling and empathetic story.

He said a sequence in a video he directed for Maroon 5, for the song “Girls Like You,” helped inspire the show stopping “Songalong” sequence in Eurovision, in which Ferrell, McAdams, Dan Stevens (who plays a lion-loving Russian pop sensation) run through a series of pop masterpieces with a vast cast of Eurovision contestants.

“Music videos let me try out things and explore things that I now use in practically all my filmmaking,” he said. “The biggest mistake is not to experiment.”

Eurovision Song Contest: The Story of Fire Saga is now streaming on Netflix.