First Draft: How “Done” is Your Script?

In partnership with the blog ScreenCraft, “First Draft” is a series on everything to do with screenwriting. New articles, first published by Screencraft, are posted regularly.

The final draft. The one you never touch again unless it’s gone out to Hollywood insiders, and they’ve either hired you to do a rewrite or they’ve signed you and need you to make some changes before they take it out wide.

Most screenwriters don’t know when to quit rewriting scripts. All too often, they put all of their eggs into that one basket. They’re infatuated with their own stories and can’t look past them enough to realize that it takes more than one great script to become a successful and working screenwriter.

Especially during the current Hollywood climate, one script is not enough.

But how do you know when the script is done or needs more rewrites?

Here are five quick habits that you can apply to your writing process to decipher whether or not your script is finally done. And as an added bonus, we’ll follow that up with one misconception that all screenwriters need to understand and avoid.

1. Give Yourself a Strict Deadline

Think about it. Are working screenwriters given an open-ended time frame to write a script on assignment? No. They’re given strict deadlines that they have to adhere to, or they don’t get paid.

The average Hollywood contract stipulates that a first draft be finished in 10 weeks—give or take a couple. After that, studios and production companies can either fire the writer if they’re not happy with that draft, or they can keep them on. If they’re kept on, they’ll generally get another two weeks for a second draft, maybe one to two weeks for a possible third and then less for a polish draft (which may sometimes be rolled in with that third draft). Contracts vary, but this is what screenwriters need to get used to.

Set a strict deadline of 10 weeks to finish that first draft and then perhaps another three weeks to get to a final draft. If you really want to push it, give yourself eight weeks total.

By disciplining yourself with such deadlines, you’ll not only get a finished script—you’ll be writing like a pro.

2. Lock the Script Away for One Month 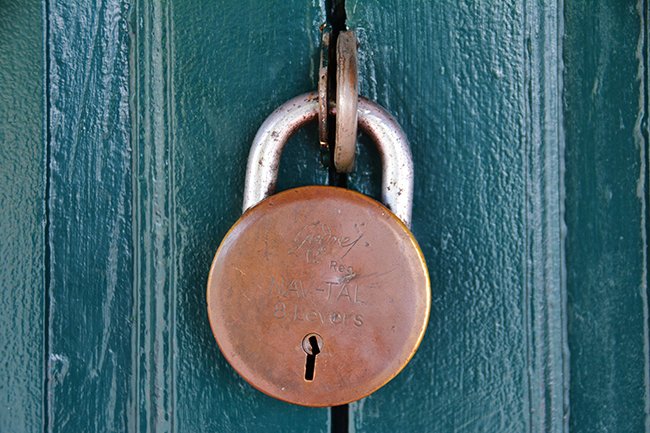 When you’ve reached the end, lock it away.

Go celebrate. You’ve accomplished something great, but when that celebration is over, lock it away for one month. Not a week. Not two weeks. Not three.

Lock it away for four weeks and take a little vacation from writing.

Don’t prepare a marketing plan for it. Don’t research IMDbPro to see where you’re going to take it. Don’t write loglines or a synopsis in preparation for taking it out. Don’t start another script.

You’ve spent X amount of weeks and months writing it. Every spare moment of thought and imagination has been consumed by it. In order to be as objective as possible with your own writing—which is the ultimate hurdle that all screenwriters need to pass—you need to be able to detach yourself from it.

Taking a month away from even thinking about it allows you to do that.

Then, when you go back to read it, you will see each and every flaw, no matter how big or small those flaws are. They’ll stick out like sore thumbs and will be easier to fix. Only then will you be able to truly get to that coveted final draft.

3. Read the Script in PDF or Hard Copy “Cover-to-Cover”

After you’ve taken that month off, the next step is to read the script from beginning, to middle, and through to the end.

No editing. No spell checking. No rewriting.

Read the script from cover-to-cover. This process allows you to experience the script as a reader. If it doesn’t work, if the pacing is off, if the tone and atmosphere are all over the place, if the characters aren’t consistent and if the story doesn’t pack an emotional punch—be it in a funny, dramatic, thrilling or scary way—then you know it’s not ready.

Now is the time for the polish draft. A polish draft is equivalent to a four-star restaurant cutting the minor bits of fat from the prime piece of meat and then dressing the plate beautifully before it goes out to the customer.

With each scene, each line of scene description and each line of dialogue, ask yourself, “Does this need to be in there?”

Be a perfectionist. Be as obsessive-compulsive as you can. Be vigilant in wanting to cut, cut, cut everything that you can from the script.

This isn’t about killing your darlings. You’ve already done that in previous drafts. This is about making the presentation of your script as pleasing to the eye and mind as possible.

Dot your i’s. Cross your t’s. Cut, cut, cut. And when you can’t cut anymore, you know you’re done.

Too many screenwriters overly rely on feedback from family, friends, relatives, peers, etc. The notion that a screenwriter must get feedback ends up being overblown and misconstrued. Yes, feedback can help. Yes, it’s nice to get another set of eyes on the script.

The issue is that, in the end, each set of feedback is just a subjective opinion. And if you continue to seek feedback from multiple people, there’s no possible way to come to one true and final consensus in everyone’s eyes.

This is what often leads to endless rewriting. This is how writing groups can hurt a screenwriter. This is where too many hands in the cookie jar can turn an otherwise great story into an utter mess.

Find one individual that you trust. Beyond that, get one film or television industry perspective if you can. The rest is up to you. MM