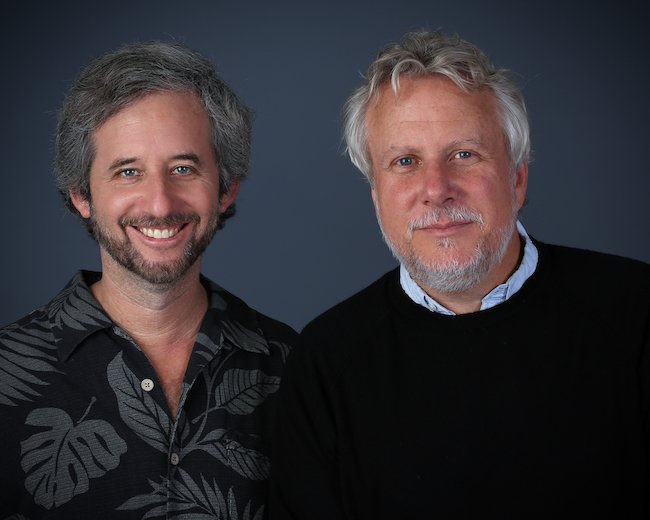 Scott Alexander and Larry Karaszewski were USC film students, waiting in line, when they struck up a conversation about horror director Herschell Gordon Lewis. Their banter led to a decades-long partnership that has produced brilliant biopics like Ed Wood, The People vs. Larry Flynt, Man on the Moon, and Dolemite Is My Name.

In our new podcast, MovieMaker Interviews, the pair often known as Scott and Larry walk us through their journey as screenwriters, dropping some fantastic stories along the way. Jokes are told. They reveal the ridiculous reason their planned Village People biopic never went forward. And Mel Brooks calls.

You can listen on Apple, Spotify, or Stitcher, or listen right here:

The podcast also includes Scott and Larry taking us through their writing process, from research to cards to first draft, and getting into specifics about Ed Wood, The People vs. Larry Flynt, Man on the Moon, Big Eyes, The People vs. O.J. Simpson, and finally Dolemite Is My Name. And they tell us how a film they worked on with Dave Chappelle helped inspire a scene in Dolemite Is My Name.

Also read: Dolemite Is My Name Has 7 Essential Rules for Moviemakers

Here are some highlights, with timestamps:

2:35: Shout out to Los Angeles’ Nuart and New Beverly theaters.

3:22: How Larry started gaming Scott from the first day they met.

12:06: Scott and Larry explain the importance of funny voices in their process.

Also read: The Best Movies About Making Movies, From Dolemite Is My Name to Day for Night

15:58: Being journalists to research Andy Kaufman for Man on the Moon.

21:30: How Dave Chappelle contributed a scene to Dolemite Is My Name.

34:30: The interesting interplay between Quentin Tarantino’s Once Upon a Time… in Hollywood and Dolemite Is My Name.

If you like MovieMaker Interviews, please subscribe, rate us, and tell a friend while you’re waiting in line.

Main image of Scott Alexander (L) and Larry Karaszewski (R) by Andy Marx. This episode originally aired in November 2019, and has been updated.