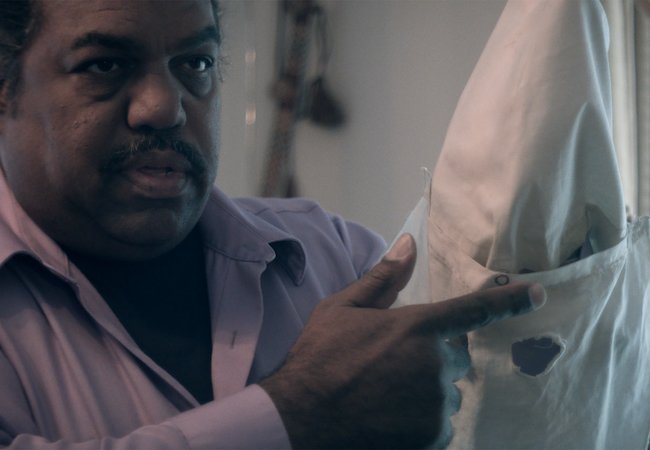 Daryl Davis was playing piano in a Maryland truck stop when a man who turned out to be a Klansman said Davis was the first Black man he’d ever heard who could play like Jerry Lee Lewis.

Davis corrected him, asking: “Where do you think Jerry Lee Lewis learned to play?”

He’s been educating white supremacists ever since. More than 200 once-avowed racists have renounced their ways, and more than 50 Klansmen have surrendered their robes to him. He plans to one day put them in a museum.

Greg Gilman wrote this profile of Davis earlier this week, so we asked if we could turn their conversation into a podcast. They agreed, and you can listen to the interview on Apple, Spotify, or right here:

Davis’ technique for helping racists see the error in their beliefs is letting them talk, at length, about their prejudices. Then he patently and methodically dismantles them, sometimes over months or years.

It’s safe to say he takes the long view of race relations. He can even find a positive in the presidency of Donald Trump, despite Trump’s championing of Confederate monuments and attacks on the Black Lives Matter movement.

“Donald Trump is the best thing that’s happened to this country, because he’s brought out all the ugliness and all the things that need to be addressed,” Davis says. “We’re starting to address them. We’re pulling the carpet back and seeing the dirt under the carpet.”

But he also imagines a post-Trump America where people unite to rebuild.