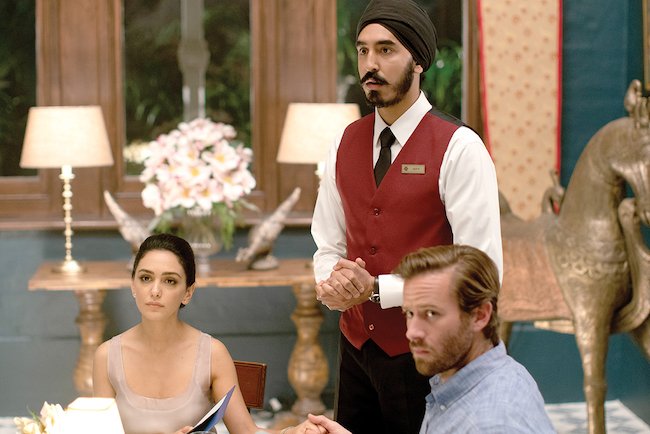 Hotel Mumbai, the feature debut from Australian writer-director Anthony Maras, deserved more attention when it premiered in the United States earlier this year. But its release schedule was complicated, to say the least.

For the latest MovieMaker Interviews podcast, we spoke to Maras about the horrific attacks that inspired the film and the heroism of the real people involved, as well as his fight for his film. You can listen on your favorite podcasting platform (scroll down for options) or right here:

Last week, the film finally premiered in India, the country where Maras had most hoped for a positive reception. Hotel Mumbai got it. (Here are a few reviews from Indian publications.)

Maras’ story is essential listening for anyone making their first film. Many surprises that seemed likely to doom the project turned out to be its salvation. He talks about how he won it back from The Weinstein Co. after the Harvey Weinstein story emerged, an injury that delayed shooting, and other hurdles. But he never loses sight of the real focus on the tragedy, its victims and its survivors.

Here’s a breakdown of our talk, with timestamps:

1:45: Anthony Maras discusses the 2008 Mumbai terror attacks, and how he decided to make Hotel Mumbai.

4:45: Maras talks about the altruism of the people targeted in the attacks. “You had kitchen staff from the Taj Hotel who were literally stuffing pots and pans and baking trays down their shirts. These were to act as bullet -proof vests as they were shielding their guests from gunfire.”

10:45: How the filmmakers made decisions about how to portray the terrorists in the film.

20:30: How Maras and co-writer John Collee researched the film, and why Dev Patel was determined to make Hotel Mumbai.

23:00: Hotel Mumbai was initially a Weinstein Co. release. The first Hotel Mumbai test screening was on the same day as the first New York Times story about Harvey Weinstein. That led to a fight to get the film back.

24:50: Why moviemakers should have good lawyers.

25:25: How an on-set accident ended up rescuing the film.

42:35: Maras’ oddest job on the road to becoming a moviemaker.

49:45: Five things Anthony Maras has learned as a moviemaker.