His House and Refugee Horror: a Haunting No One Can Escape 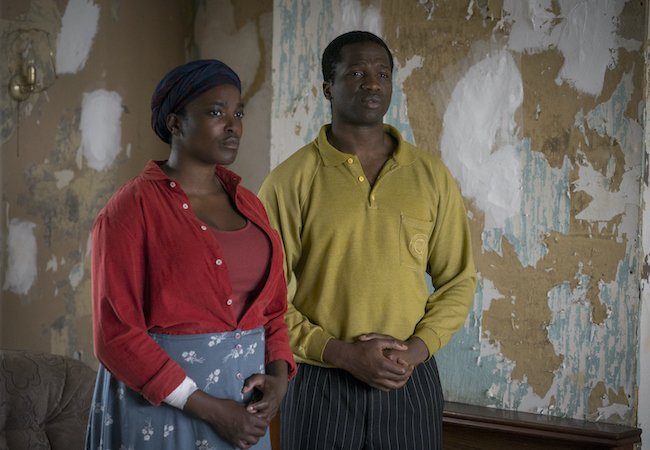 There’s an old joke in the Black community that a haunted house film with a Black cast would only be five minutes long because they would leave immediately. Speaking as a Black person, we aren’t typically curious enough about pissed supernatural phenomena to investigate the site of a haunting.

His House challenges this concept by introducing a factor that makes it impossible to leave the house: strict immigration rules. Set in the United Kingdom, His House follows the story of Rial and Bol Majur (played by Wunmi Mosaku and Ṣọpẹ Dìrísù), a married couple seeking asylum to escape the horrors of tribal violence in their native South Sudan.

The UK immigration officers provide Bol and Rial an opportunity to seek citizenship under a set of strict, unwavering rules, including staying in the home provided to them by the state and not requesting a new place to live. They will be sent back to South Sudan if they do not follow these rules, forced to face the very violence they sought to escape.

Everything stars out fine, relatively — the space is dirty and worn out but spacious. It’s better than most people seeking asylum receive, according to their supervisor. Unfortunately, the house is haunted, and the married couple must make a decision about which horrors to face — the supernatural ones, or the war back home.

In this week’s episode of the Low Key podcast — available on Apple or Spotify or above — Tim, Keith, and I discuss how the film fits into the new era of horror movies since Get Out, its parallels to American immigration politics, and how the film demonstrates that real life can be scarier than any ghost. His House is a surprisingly complicated film with a lot of laughs and scares. This episode is worth a listen but the film is even more deserving of your time.

His House is available for streaming on Netflix.