James Morosini Got Catfished by His Father. He Made a Movie About It, I Love My Dad

By Joshua Encinias
Patton Oswalt and James Morosini in I Love My Dad.

When we hear about people being catfished, it’s usually from the point of view of the person who’s been catfished. In I Love My Dad, writer-director-star James Morosini gives us the perspective of the catfish. Adding to the intrigue:  the story is based on a true account of Morosini’s estranged father catfishing him into thinking he was an attractive girl, in hopes of reconnecting.

“We don’t usually hear about the process someone goes through to employ that level of deception to connect with someone,” says Morosini. “I wanted to understand why my dad created this account and all of the mental hurdles he had to get over to do that.” 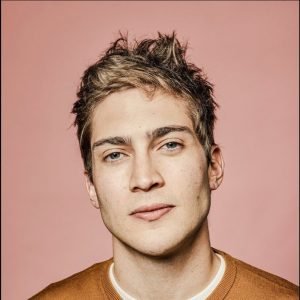 I Love My Dad follows Chuck (Patton Oswalt), who was blocked on social media by his troubled son, Franklin (Morosini). In a moment of deranged inspiration, Chuck uses the identity of Becca (Claudia Sulewski), a waitress he just met, to check in with Franklin on Facebook. But Franklin falls for Becca almost immediately. When Franklin tries to meet her in person, worlds collide, and Chuck’s scheme unravels.

“The combination of my dad’s loneliness and his worry about me sparked the decision for him to create a fake profile,” says Morosini. “For the movie, I was interested in going moment by moment through his thought process and then amplifying it as much as I possibly could.”

Morosini sat down with MovieMaker to discuss using earnest comedy to make audiences cringe, and how he created the Becca character. Morosini also talks about how attending USC and teaching himself to edit movies made him a better artist, and how everything from Jackass to the Criterion Collection influenced I Think I Love My Dad.

Joshua Encinias: I Love My Dad is a comedy, but the earnestness with which Patton Oswalt plays Chuck made my skin crawl, and it feels intentional on your part.

James Morsosini: Blending genres and pulling from so many different influences creates this unique concoction of emotion in storytelling. It makes how one is supposed to feel unplaceable, which I think creates a certain degree of porousness to the story. It allows an audience to have ownership of their experience when they’re watching it.

Joshua Encinias: Your character’s love interest, Becca, is a composite of everything Chuck is texting his son, and Franklin’s imagination’s interpretation. How did you make Becca, who is essentially an avatar, seem like a real person to Franklin?

James Morsosini: I wanted to make sure that everything she said is something that Chuck would want to message Franklin. I had to constantly keep that in mind as I was writing her. I wanted the audience to be rooting for that relationship to work out. So much of the time, when we see a romantic relationship on screen, that’s the intent of the filmmaking — to make you fall in love with these people. But in this case, we’re having to constantly remind ourselves, this is actually his dad. So we’re both rooting for that relationship to work out, but then I also wanted to show how lonely the dad was, how badly he wants to make sure his son is okay, and help him in any way he can. If I could make the audience root for the dad as well, it creates a conflict that was really exciting for me to explore.

Joshua Encinias: I saw you attended USC and I’m curious how the program helped prepare you to make movies?

James Morsosini: We actually just did a screening at USC. When I was a student there, I would go see many screenings that Alex Ago would host. It allowed me to connect with filmmakers and ask them a billion questions. I was also doing a ton of plays when I was at USC and I was making a lot of student films and obsessively watching tons and tons of movies. I studied there as an actor and I also studied writing and directing. I spent a lot of time with the stories that I would act in, and that allowed me to really understand story mechanics. It allowed me to feel these stories very deeply. It also gave me a sense of how to approach it holistically, where I’m doing the writing and directing and acting, and just putting every ounce of myself into the project that I’m working on.

Joshua Encinias: Did teaching yourself to edit movies after college make it possible for you to become a working filmmaker?

James Morsosini: It all comes down to the editing. The writing process asks, “How can I tell the story in the best way possible?” Then you shoot it, and you’re almost collecting the puzzle pieces that you’ll need in order to realize the story. But the edit is where the story is told. I think with this film, in particular, I had to shoot it with an eye toward the edit because there’s so much juxtaposition between Chuck’s perspective and Franklin’s perspective. I decided to storyboard the entire movie ahead of time so that I could understand the story in terms of units of storytelling, and how they were going to all come together and be coherent in the end. I think that all comes from my experience working as an editor and editing all of my films in the past. 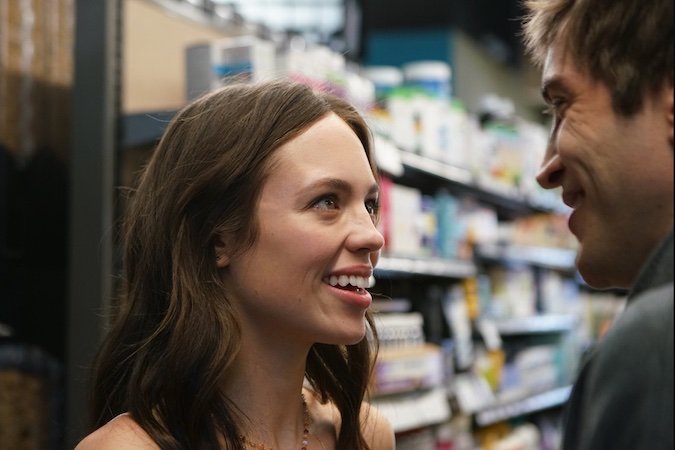 Claudia Sulewski and James Morosini in I Love My Dad

Joshua Encinias: Film schools teach “write what you know” and I Love My Dad took that to its logical conclusion. It felt like I was watching the Jackass of messed up family movies. Did you have to overcome any embarrassment or shame to tell the story?

James Morsosini: I think anytime I’m watching a movie, I’m waiting for the moment where I can really relax and trust the storyteller behind the film. In order to do so, I feel like the filmmaker needs to display some narrative authority to have control over their story. It lets the audience surrender their attention to this person’s story and suspend their disbelief. Narrative authority is something that’s very important to me. I feel like my relationship with my dad is something that I feel very deeply in my core, and that I have a lot to say about. I wanted to discover aspects of our relationship and come to terms with certain aspects of it through making the movie. I knew that no matter what happened with the movie, it was going to be rewarding to make, no matter what.

Joshua Encinias: Did Franklin’s reaction to finding out his dad catfished him mirror the situation with you and your dad?

James Morsosini: I thought about the movie in terms of metaphorical truth and emotional truth. I wanted to capture the feelings of this moment in my life, but also my feelings with my dad, and my own loneliness. I tried to keep it as grounded and true to my experience as possible, but I gave myself total license to explore and embellish if it would more accurately capture my internal experience or perspective.

Joshua Encinias: What influences did you bring to the movie?

James Morsosini: I thought a lot about movies where somebody is pretending to be someone they’re not. A lot of classic movies use that kind of storytelling as their motor. I grew up watching a lot of Jackass, but I also watched a lot of the Criterion Collection, and I wanted this movie to be a combination of those tastes colliding. I wanted to tell a father-son story, but I wanted to do it in a visceral, sometimes very funny, sometimes very heartbreaking way.

Main image: Patton Oswalt and James Morosini in I Love My Dad, written and directed by Morosini.