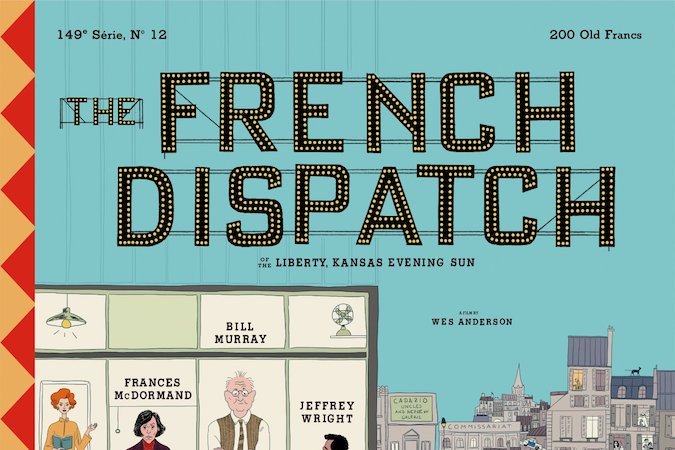 Wes Anderson’s The French Dispatch poster is out this morning, and it’s extremely Wes Anderson: 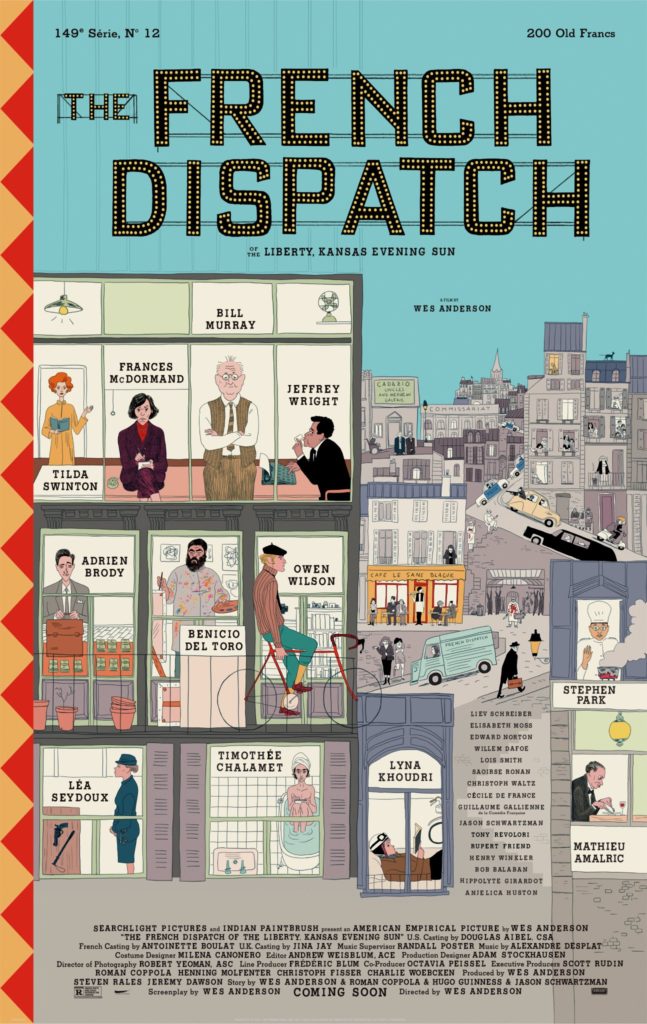 The poster includes the film’s apparent full title, The French Dispatch of the Liberty, Kansas Evening Sun — and you know that trademark Wes Anderson shot where you see a tabletop from above with all of the items meticulously arranged, and learn about the values and idiosyncrasies of the inhabitant of the desk? The French Dispatch poster is like that. Imagine it as Wes Anderson’s desk while working on the film.

Also Read: Bong Joon-ho’s Next Film After Parasite? Actually, There Are Two

Wilson’s character wears a beret and rides a bicycle, because of course he does.

You can parse the poster for other clues, but here’s one potential point of interest: That city in the background apparently isn’t Paris. A press release for The French Dispatch earlier this year said it was set “in an outpost of an American newspaper in a fictional 20th-century French city and brings to life a collection of stories published in The French Dispatch magazine.”

It’s also a love letter to journalists, who really enjoy love letters, which may explain all the warm responses to the poster this morning. Expect even more glowing dispatches Wednesday, when Anderson releases the trailer for the film.

The film marks Anderson’s return to the world of humans after 2018’s much-celebrated Isle of Dogs.

The French Dispatch poster doesn’t include a release date, but the film  is expected on July 24, a week after Christopher Nolan’s Tenet. It’s looking like a pretty good July.

What do you think of the French Dispatch poster? Use a beautiful monogrammed pen to let us know in the comments.

Bong Joon-Ho’s Next Film After Parasite? Actually, There Are Two
Film Labor Laws: What Moviemakers Should Know