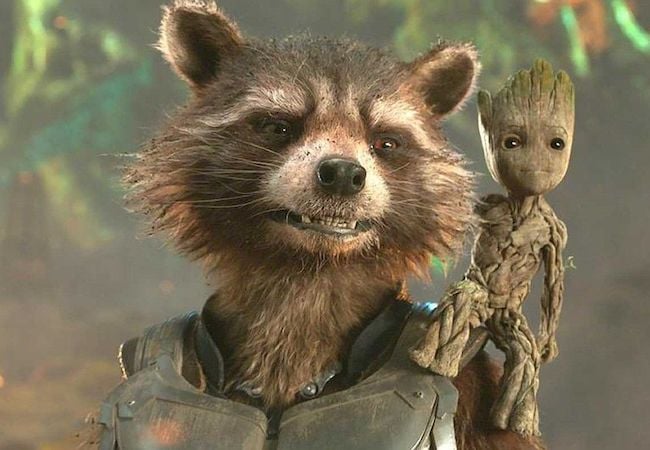 Guardians of Cleveland, meet Guardians of the Galaxy director James Gunn, who has this reaction to your new name:

“If their logo isn’t a raccoon with a machine gun I’m gonna be bummed.”

He was referring, of course, to Rocket, the alien raccoon who is one of the most violent, cantankerous and beloved members of the Guardians of the Galaxy, the intergalactic superteam whose stories Gunn told in the Marvel films Guardians of the Galaxy Vol. 1 and Vol. 2, and will continue soon in Vol. 3. Rocket is voiced in the films by Bradley Cooper.

Gunn tweeted his succinct response to the Cleveland Indians’ new name soon after the team announced it Friday, with help from special guest narrator Tom Hanks, in this charming short film:

Together, we are all… pic.twitter.com/R5FnT4kv1I

Why Tom Hanks? Because Hanks, as everyone knows, got some of his first big breaks as an actor in Cleveland, where he worked for three years at the Great Lakes Theater Festival and won Best Actor from the Cleveland Critics Circle in 1978. (Hanks was born in California, but like many Californians traveled to Ohio in order to become a movie star.)

The Guardians changed their name after years of criticism and complaints that their old name and logo were offensive to Native Americans. The new name, the Guardians, reflects the city’s proud traditions — in sports, music and industry — while also bearing a resemblance to the name of a certain comic-book saga guided by Gunn.

Gunn, meanwhile, is weeks away from premiering his first film for DC, The Suicide Squad, starring another ragtag team of super-powered people, animal-like people, and talking animals. He spoke about his journey to that film — and how he first got hired for Guardians of the Galaxy — in this Q&A with MovieMaker.

No word on whether James Gunn roots for the Cleveland Guardians, who will probably not have a gun-toting raccoon in their logo. He’s from outside St. Louis, home of the Cardinals, who are sticking with their old name.

Cousins Intertwines Māori Identity On- and Off-Screen
To Make Skater Girl, Manjari Makijany Had to Make It Clear That She — Not Her Husband or Father — Was in Charge