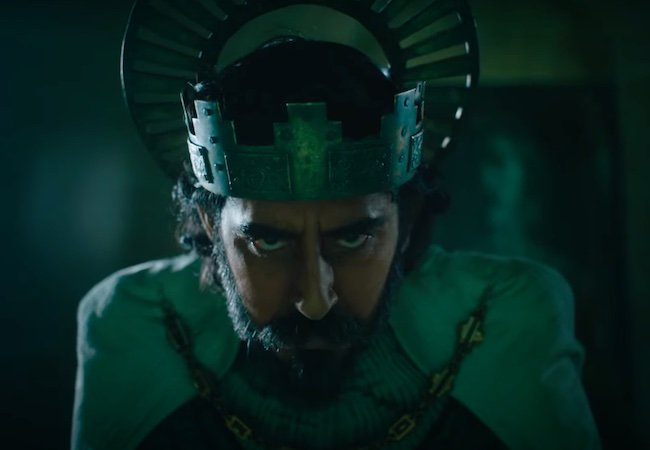 The Green Knight trailer reigns; who might benefit from the Golden Gloves mess; let’s try to decipher Tom Cruise’s motives for returning his three Globes. All in today’s Movie News Rundown.

But First: We talked to Spiral: From the Book of Saw director Darren Lynn Bousman about how “lying and cheating” helped him go from fired and broke to directing three consecutive Saw movies that went to No. 1 at the box office. He also talks with us about the only PA he ever fired, and what lured him back to the Saw films after a decade. You can listen on Apple or Spotify or here:

Golden Globes: You’ve probably heard that they’re having a bad run, accused slowness to diversify, self-dealing, and press junkets the kids might call “cringe.” The Hollywood Foreign Press Association, which puts on the awards, has pledged reforms. Still, NBC announced yesterday that it would not run the next edition of the awards, and Tom Cruise returned his three Golden Globes without comment, according to Deadline.

Cruise Control: It’s the lack of comment that makes this so good, PR-wise. It leaves us to interpret Cruise’s motives, thereby keeping the conversation going, and I’ll do my part with two theories. One: Tom Cruise has always recognized the Globes as a farce, and has worn a tense, Jerry Maguire-at-his-wedding smile for decades, waiting for just the right moment to tell the Globes to eat it. That time is now. Two: He’s looking for heat ahead of Top Gun: Maverick and Mission: Impossible 7. Either way, great.

Replaceable: IndieWire is ahead of the curve with this piece on what awards ceremonies could opportunistically rise up to replace the Golden Globes.

May I Editorialize?: Awards shows are important to the entertainment press in large part because studios buy lots of For Your Consideration advertising. Individual reporters probably don’t care if the Globes live or die — it’s just one more long awards night they have to cover — but the power brokers in the entertainment press will be determined to insert something (or several somethings) into the void left behind by the Globes. So expect to see lots of other ceremonies vying for credibility in the coming months while also trying to appear “fun,” which used to be the Globes’ thing.

Lily Gladstone Photographed With Mystery Man: Here’s a thread of some of your favorite filmmakers teeing off on the New York Post.

Invincible Is the Most Brutal and Excellent Superhero Cartoon We’ve Ever Seen
Mare of Easttown Finale Will Be ‘Satisfying and Still Surprising,’ Director Craig Zobel Says