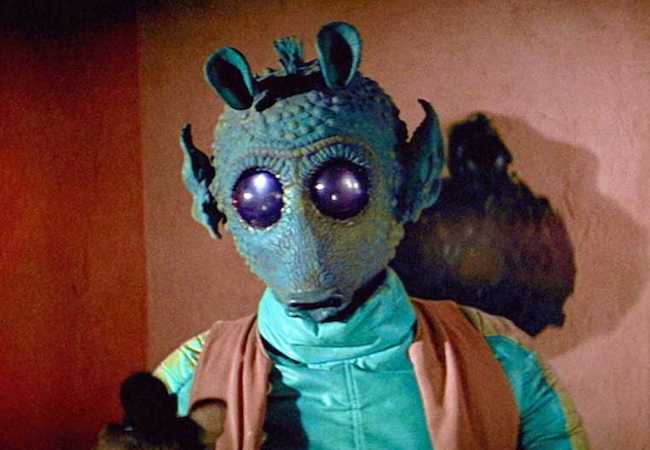 Greedo shot first… maybe? Star Wars fans who celebrated Tuesday’s arrival of Disney+ by watching the original 1977 film were surprised to see that the much-disputed “Greedo scene,” which was altered in a 1997 re-release so that Greedo, rather than Han Solo, shoots first in a cantina confrontation, has been changed yet again.

In 1977’s original Star Wars, Greedo threatens Han, and Han Solo’s tough-guy credentials are established when he shoots Greedo before Greedo can shoot him. In the 1997 re-release, a thin, achingly slow laser was inserted to make it clear that Greedo shot first, and Han fired back in self-defense.

With the passage of another 20 years+, Disney+ has altered the scene yet again by making it very hard to tell who shot first. (A 2004 version improved slightly on the 1997 version.)

There’s a popular notion that moviemakers and all artists should create their vision and then hand it over to audiences to interpret, but that notion is being challenged by corporate mega-mergers and the relative ease with which old footage can be changed.

At least James Dean hasn’t been edited into the Greedo scene. Yet.

Many fans who took to Twitter to dissect and/or mock the change were delighted by one change to the Disney+ version of Star Wars: A New Hope: It includes the original Fox fanfare, which was absent from the Disney Star Wars films but is reunited with Star Wars thanks to Disney’s acquisition of Fox.

Anyway, Star Wars fans: Have fun watching the scene frame-by-frame for the rest of the day. Thanks Disney+. At least The Mandalorian looks cool.

Here’s a tweet with all four iterations of the scene, but check back throughout the day in case it changes again: