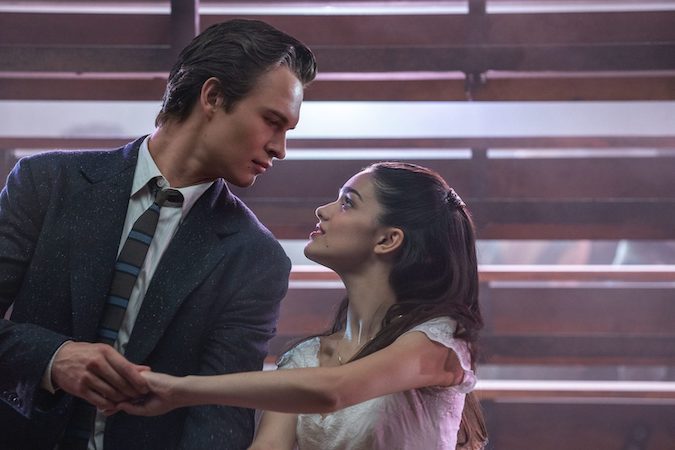 Nominations for the Golden Globes are in; A look at Steven Spielberg’s shift into hyper-topical filmmaking and why that approach failed with West Side Story; Licorice Pizza writer-director Paul Thomas Anderson makes sure his actors are stocked up on snacks. All in today’s Movie News Rundown.

Awards Season Really Kicks Off: Nominations for the Golden Globes were announced this morning. Belfast, CODA, Dune, King Richard and The Power of the Dog are the nominees for Best Motion Picture – Drama.

While: Don’t Look Up, Licorice Pizza, Tick, Tick…Boom!, and West Side Story are competing for Best Motion Picture – Musical or Comedy. Read the full list of nominees here.

When: The 79th annual Golden Globes ceremony will take place on January 9, 2022.

West Side Story Struggles: Steven Spielberg’s West Side Story opened this weekend to a disappointing $10.5 million domestic box office, but The Hollywood Reporter says that there is still hope that it will pick up steam with audiences over the holidays.

A Theory: Over at Variety, Owen Gleiberman writes that West Side Story‘s underperformance can’t be written off to “Gen Z doesn’t like musicals.” It’s an insightful piece that breaks down Spielberg’s recent shift into making what Gleiberman terms “the Metaphorical Topical Statement.”

Damn, Owen: “The truth is that we now occupy an era so scalded, so torn by division, when not just racial enlightenment but democracy itself is threatened, that the pieties of West Side Story don’t even qualify as a Band-Aid. They feel more like a hippie flower stuck in a gun barrel.”

Above All Else, Pace Thyself: Licorice Pizza writer-director Paul Thomas Anderson explains to the New Yorker‘s David Remnick that one of the major differences between directing movie stars like Daniel Day-Lewis and Joaquin Phoenix and newcomers like Alana Haim and Cooper Hoffman involves pacing on a long shoot.

Anderson Says: “Somebody that’s been doing it a long time knows how to pace themselves physically, emotionally, in the course of sixty-five days. It would have been very natural — and I could see that the amount of nerves and concentration and energy that they were putting into this — that they could have burned out quite easily.”

Bring Snacks: For Licorice Pizza star Cooper Hoffman, the managing can be quite simple. “He’s sixteen, seventeen years old. Have you eaten breakfast? Have you had a snack? Are you tired? You really do have to take care of them in that way.” Anderson also tells Remnick.

Good News and Bad News: If you haven’t seen Licorice Pizza yet and don’t live in a major market, you might have to wait a little longer. Indiewire reports distributor United Artists is slashing the Christmas wide rollout from 2,000 theaters down to around 800.

But You Said Good News: IndieWire says, “The delayed expansion hurts some exhibitors initially, but it reinforces the sense that Pizza will have an unusually long theater-exclusive play.”

Trope-a-Dope: Sippell also talks to A House on the Bayou writer-director Alex McAulay about how he smartly deconstructs the home invasion trope in his new horror thriller.

Crying: I talked with French master Bruno Dumont where he explains after seeing how easily his France lead Léa Seydoux could make herself cry, he quickly worked that aspect into her character.