In the light of Donald Trump’s recent executive order temporarily banning travel from seven Muslim-majority countries into the Unites States, we’re revisiting some films that deal directly with all the messiness that is immigration in contemporary society.

The increasingly globalized world we live in, and the multiplicity of factors (from climate change to war) that uproot societies, make immigration an ever-more compelling theme for contemporary storytellers. But, of course, the story is a perennial one: Cinema has always taken well to the image of a hero traveling to a new place in search of personal discovery and of a new beginning—or a hero who stretches out a welcome hand to that newcomer. Of the many, many films that capture the immigrant experience on celluloid, we’ve selected these seven titles, which bring a deep humanity to their characters’ plights, to rewatch this week.

With a film oeuvre that dealt with hot-button issues from anti-Semitism (Gentleman’s Agreement, 1947) to race relations (Pinky, 1949), it seemed only a matter of time before the Turkish-born Greek Elia Kazan would tackle a story of immigration. A personal film inspired by the tale of his uncle back home, this three-hour epic examines a man searching for his place in this world, and it ends with the hopeful vision of New York City being just the place for new beginnings and limitless opportunity.

The breakthrough feature from the Dardenne brothers is a personal tale filmed in their hometown of Seraing, Belgium, centered on the local issue of illegal immigration and capitalist machines that use their plight to their own advantage. The story is told through the eyes of a young boy, Igor (Jérémie Renier), who begins to recognize his father’s role in this system. He is forced to choose between loyalty to his father and the immigrant family he promised to look after. The Dardennes make it clear that in our increasingly xenophobic world, there are no easy choices. 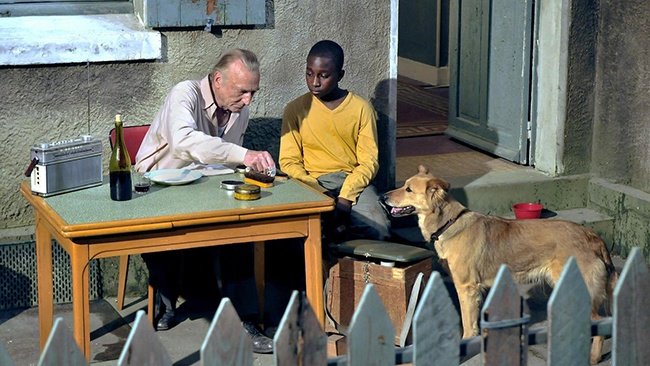 A sentimental tale about a shoeshiner who takes in a young African immigrant, and the titular working-class port city that bands together to hide the boy from the local inspector, this lighthearted farce plays well for the whole family. It wouldn’t be an Aki Kaurismäki film without his signature wit—Le Havre is full of dry laughs and a deeply humanist approach that uses film as a beacon of light, showcasing what the world can be.

In this quiet gem, Richard Jenkins plays Walter, an embittered university professor who finds out that two illegal immigrants (Syrian Tarek, played by Haaz Sleiman, and Senegalese Zainab, played by Danai Gurira) have been tricked into renting out his empty Manhattan apartment. Walter’s decision to allow them to stay turns him into their friend and increasingly impassioned protector, especially when the mistakenly arrested Tarek faces deportation. McCarthy and Jenkins both harness characteristic understatement in this remarkably un-flashy film, which nonetheless leads to a surprisingly resonant, wordless ending. 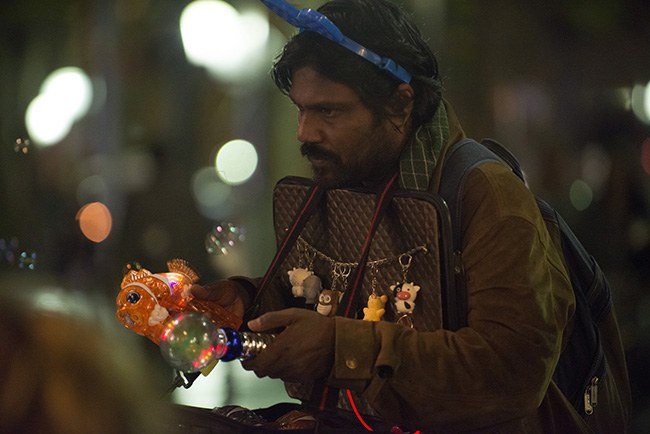 Dheepan (Jesuthasan Antonythasan) attempts to make a living selling trinkets to tourists in the city. Courtesy of IFC Films

French director Jacques Audiard has always specialized in outsiders who eventually find their place in the new systems they come to inhabit. Premiering as the refugee crisis was heating up two years ago, his film Dheepan portrays a Sri Lankan refugee who is forced to live with a hastily assembled family he does not know for the sake of securing their safe exit into France. While the third act features a somewhat jarring shift into violent action, the first two are full of meticulous attention to character detail and intense empathy for those trying to start over in a land that grants no favors.

This masterclass in comedy takes on the immigrant’s journey itself, and while this year marks its centennial anniversary,  the absurd difficulties faced by the Tramp are still painfully hilarious. Chaplin presents his character and that of Edna Purviance, fellow immigrant, as resilient survivors who will do whatever it takes it to make it in a strange new land. Empathy does not equate to pity, and this classic reinforces that idea beautifully.

Ever since artist Anselm Kiefer tore open the veil on Germany’s post-World War II amnesia, Germany has since become a place that actively engages its troublesome past, consistently questioning how it informs the country’s present. Referencing Ali: Fear Eats the Soul (Fassbinder’s provocative 1974 film examining German-Turkish relations), Akin, a German born with Turkish roots, returns to the subject with Head-On, his 2004 Golden Bear-winning drama, which tackles the second-class citizenship of modern Turkish society in Germany with the ferocity of a nihilistic punk rock band. MM

A Duel in a Different Form: Tips for Choreographing and Executing a Car Chase From the Director of The Chase
Crowd-Teasers: Donald Cried Trailer Features Scant Crying, Lots of Uncomfortable Smiling