The friendship between Azazel Jacobs and Patrick deWitt dates back to the early 2000s, when deWitt was a barback in Hollywood and Jacobs would chat with him about reggae and ska. DeWitt showed Jacobs a novel, which was never published. But Jacobs felt one of the segments would make a good film. It became Terri, starring John C. Reilly and directed by Jacobs, with a script from deWitt. Jacobs was later instrumental in getting Reilly to star in another deWitt adaptation, The Sisters Brothers.

The longtime friends team up again for French Exit, with a script deWitt adapts from his own 2018 novel of the same name. The film stars Michelle Pfeiffer and Lucas Hedges as New York City mother-son duo Francis and Malcolm, who are entrenched in Upper East Side socialite culture. After going broke, they flee to Paris with their cat, who houses the spirit of Francis’ dead husband Frank, portrayed in baritone voiceover by Tracy Letts.

MovieMaker sat in with Jacobs and deWitt as they talked about the challenges and joys of adapting a novel to a film.

Azazel Jacobs: With French Exit, I printed out the manuscript, and went to a park and read it in one sitting. This is pretty close to a finished draft, but there were some parts of it that you were leaving to be filled in. And then without wanting or needing to second-guess, I called you to put it out there: If you were up for it, I wanted to begin pursuing making it into a film.

Patrick deWitt: I think it is very faithful to the book, but I don’t think that’s owing to our being precious about it. By the time we got to French Exit, Aza and I both had been working all those years. I certainly was a little bit more relaxed about it all. If we lost scenes, I don’t get terribly fussed about it. There were a few moments where I wanted something that Aza didn’t, or he wanted something that I didn’t. We had an argument about the ending, but other than that, there really were few moments of frustration. I think of that collaboration, of writing the French Exit script, as being about as trouble-free as you could ever hope for. But it is a book that wants to be a film in some way. It lends itself to the format.

I can send Aza something and right away, he tells me his truth about what I’ve sent. He has a knack for getting to the heart of a problem, if there is a problem. But he also has a nice bedside manner, so he doesn’t insult me or make me feel like a shit, if I send him something that’s not worthwhile. I had this experience with him on Terri, but I feel like things had gelled further, both between us and in respects to our private relationships to our own areas of expertise. 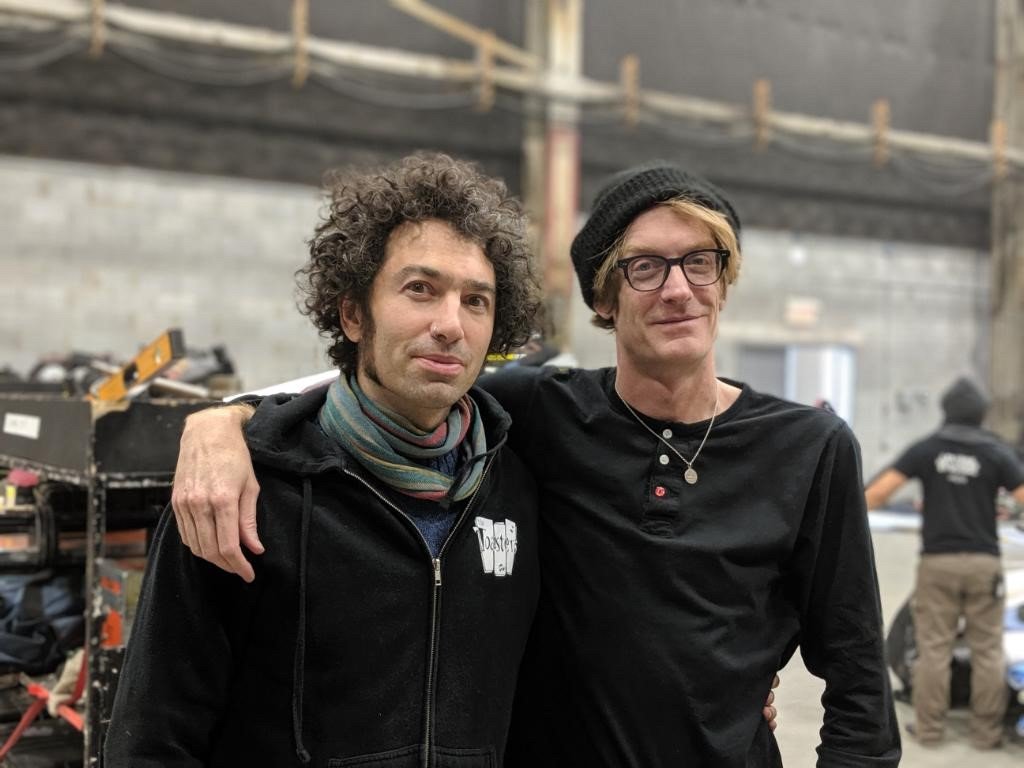 Azazel Jacobs and Patrick deWitt on the set of French Exit. Photo by Darrin Navarro

Jacobs: After Terri, we became very close friends, in communication a lot. So it wasn’t a matter of, OK, now we’re working again together or getting back to knowing each other, where it would be sometimes with other collaborators.

deWitt: If we’re speaking every day anyway, then we might as well be doing something useful, like making a film.

Jacobs: Making French Exit was such a great way for me to collaborate, to suddenly be involved in a piece of work that I love, and to also get a better understanding of how Pat works and how his writing works. There’s nothing that’s brought me closer than when you’re looking at something word by word by word. OK, how do these words fit together? And then working on that with the actors, and the actors feeling so strong about the script itself, that we’re not looking to change things — which is very natural and totally OK to do sometimes.

The particular way that Francis speaks, or the way that Malcolm observes, becomes so essential just in terms of the way that he looks at things and looks at his mom — how do you translate that into film? That has such a huge ripple effect as I started working with cinematographer Tobias Datum and with the cast members. I was always trying to make this more about what was in Pat’s head.

deWitt: Making all the emotional information visible and trackable. It’s an interesting thing that I noticed with Terri, but more so in French Exit. By the end of filming French Exit, my relationship to the book really has changed. I would know it as well as I can know it, but seeing it through the actor’s eyes, talking to Michelle and especially Lucas, who had so much to say and so many questions about the text. Lucas was asking questions like, “Why is this person saying this now? Why does Malcolm feel this way? What’s the backstory?” And this was fascinating for me, because a lot of the questions that they were asking assumed that I had an answer. I didn’t necessarily have one, and I had to come up with a logical answer.

Jacobs: We all had dog-eared copies of the book. … I remember Imogen Poots going through her scene with Susan and Malcolm in the diner, and going and looking at the internal conversation that was going on. We could always lean on that if we needed. It was like having these script notes. That was new for me.

Whoever has read the book is going to think our one argument has to do with Frank — it really wasn’t that, but it had to do more with the ending notes. 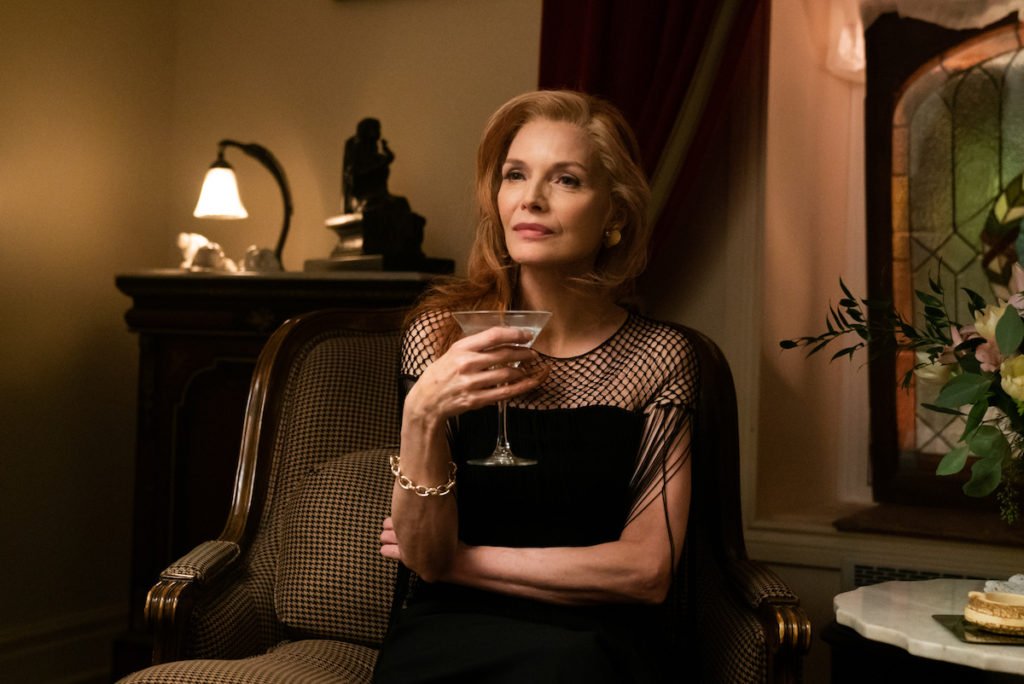 deWitt: I wanted the last page of the book to be the last scene of the film, which is just Malcolm walking through a crowd in Paris, outside of the church Saint-Sulpice. And it didn’t make sense as an ending shot in the film. And I think it was more owing to just fatigue or something: We’d gotten to the end of it, we’ve been working so hard, we’ve been cooped up in that apartment in New York City for a week going over it. I think we both just wanted to be done with it. And my nerves were a little bit frayed. But annoyingly, I found that virtually all of Aza’s notes, whenever he would come back with news that something was amiss or something could be improved on—even when I disagreed — I’d learned that he’s almost always right. And he was right in this moment, too.

Jacobs: Well, I think that is an apology, now.

deWitt: That’s as close as we’re going to get.

Jacobs: It goes back to how our friendship began, being able to show each other material that was far along enough that it can represent what we wanted, but also at the same time, I can pay heed to your notes.

deWitt: It’s a challenge with any literary adaptations from page to screen. Some novels are more steeped in mood or tone than others. My work tends to be pretty tone-heavy, pretty specific. My books are typically quite chatty, which, in theory, lends itself to the medium of film. But especially in French Exit, this is not really how people speak.

Jacobs: It felt like detective work in a way, finding the rhythms that worked, that kept it together. I realized that one of the things that I loved so much about the book and the script, and why I wanted to tell this story, is that it wasn’t going from comedy to drama, but it was doing these things simultaneously.

I came to see Francis’s dialogue like spaghetti. There would be this strand that would start one way, and you follow it and follow it, and you don’t see how it’s ever going to get to the place that it is, but then it gets to the other end. And you realize that’s actually the only way it could have gotten there. And it goes through circles and loops, and it loops into each other, and then it comes back and then there’s no wasted words there. That reflects not only Francis’ character, but also her emotional state, and that was something that Michelle was so incredible at deciphering.

Michelle had to figure out that rhythm, and now there’s no way for me to read the book without hearing those particular pauses, that didn’t necessarily occur when I had first read the book or script.

Michelle Pfeiffer and Azazel Jacobs on the set of French Exit.

Patrick deWitt: How much time did you guys get in terms of sitting down with Michelle and Lucas, just running through this thing?

Azazel Jacobs: It was quite a few months with both. With Michelle, we did an interesting exercise: We’d meet up and read through the script, we’d stop at the scene, we’d read the scene, and then we’d go to the book version of that scene, and then she would read it out loud. And then we just went back and forth, dealing with what the differences were, not talking so much about how she was going to play it.

Because I had the lead-up time, I was able to prepare in a way, getting my hands in all of these different worlds in terms of the clothes, the props, the sets — all that ended up being such a balancing act to get to this particular tone of this film.

deWitt: I knew what Malcolm would be wearing, and his clothing was right on the money in terms of what I imagined. But there’s a lot of blank spaces in the mind of an author. I don’t necessarily know what these people are wearing unless I’m specifically describing something. And oftentimes, that’s just like the color of the dress rather than the cut or the make of it. So all these things are performed by other people, and this is the collaborative nature of filmmaking. So much of it is news to me. That’s why watching an adaptation can be so jarring, because of all these things I haven’t considered, because I didn’t need to.

Suddenly somebody has outfitted these people that were only yesterday invisible or only partly visible in my mind.

Jacobs: I remember when you came to set and you saw the overdue bills of Francis Price that have been forwarded from the New York apartment to the Paris apartment. It’s something you don’t see on film, but definitely was essential to me.