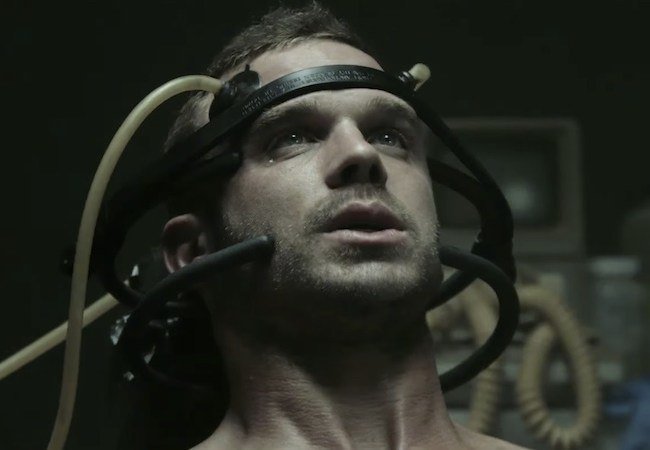 Waking dreams: Who knows when and where they end or begin?

Movies themselves are waking dreams of sorts, and no medium is better suited to tackle the subconscious-and-conscious blending subject matter of co-directors Amariah and Obin Olson’s Clockwork Orange/Parallax View-tinged sci-fi thriller, The Shadow Effect. The film, which centers on one Dr. Reese, (Jonathan Rhys Meyers) whose life’s work is built upon an obsession with gene regeneration, follows Reese down the rabbit hole of his test subject Gabriel Howarth’s (Cam Gigandet) violent dreams and toward the discovery of a rapidly unfolding government conspiracy.

In the videos below, Amariah Olson shares his commentary on shooting two key scenes from The Shadow Effect—the first depicting a creepily invasive brain scan procedure, the second involving a cabin-bound standoff between Gabriel and his wife Brinn (Brit Shaw) and Sheriff Hodge (Michael Biehn) and Deputy Truvio (Sean Freeland). Heed his warnings: Whether it’s the markings he needed to do for the CGI effects in post on the former scene or the mental stamina he and his crew needed to muster for the latter (which was done over the course of a 17-hour day), being prepared for anything was what Olson recalled feeling was most important to pulling these scenes off. Watch to see what each scene achieved—results that Olson is happy with, yet whose process he’s not hesitant to constructively critique.

What did you take away from Olson’s frame of mind? Let us know in the comments below.

The Shadow Effect was released on On Demand, VOD and DVD May 2, 2017, courtesy of Momentum Pictures.