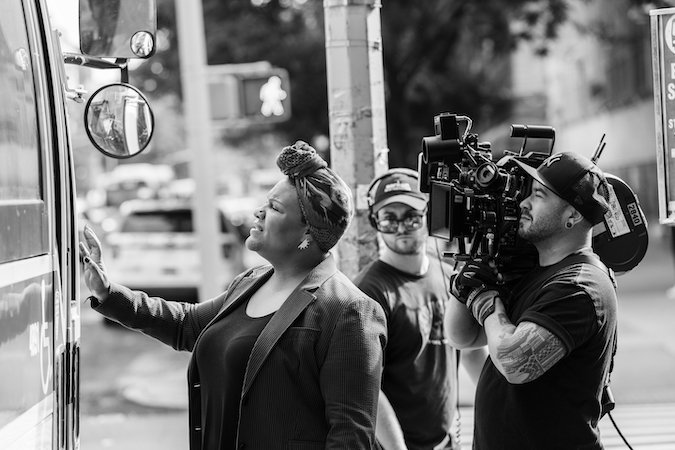 Last spring, I was tucked away deep in the bowels of Panavision Hollywood testing black-and-white filtration. I was trying to find a nice recipe for capturing darker skin tones using filters that had been primarily created for Caucasian skin in the first half of the 20th Century. Y’know, the typical nerd stuff that DPs get up to when we’re between jobs.

As I was getting into my car, an email came in asking if I’d be interested in reading a script. It was for a film titled The Forty-Year-Old Version, which was to be shot on black- and-white 35mm film, and had a cast primarily comprised of darker-skinned actors. Not only that, but it was shooting in my hometown of New York City. Talk about serendipity!

After a few meetings with the director, Radha Blank, I was on my way back to New York for the summer. Every film presents a unique set of challenges and requires different tools. Shooting on film (black-and-white film, no less) required a bit more thought regarding what I was going to throw in my bag.

This is what was in my kit. 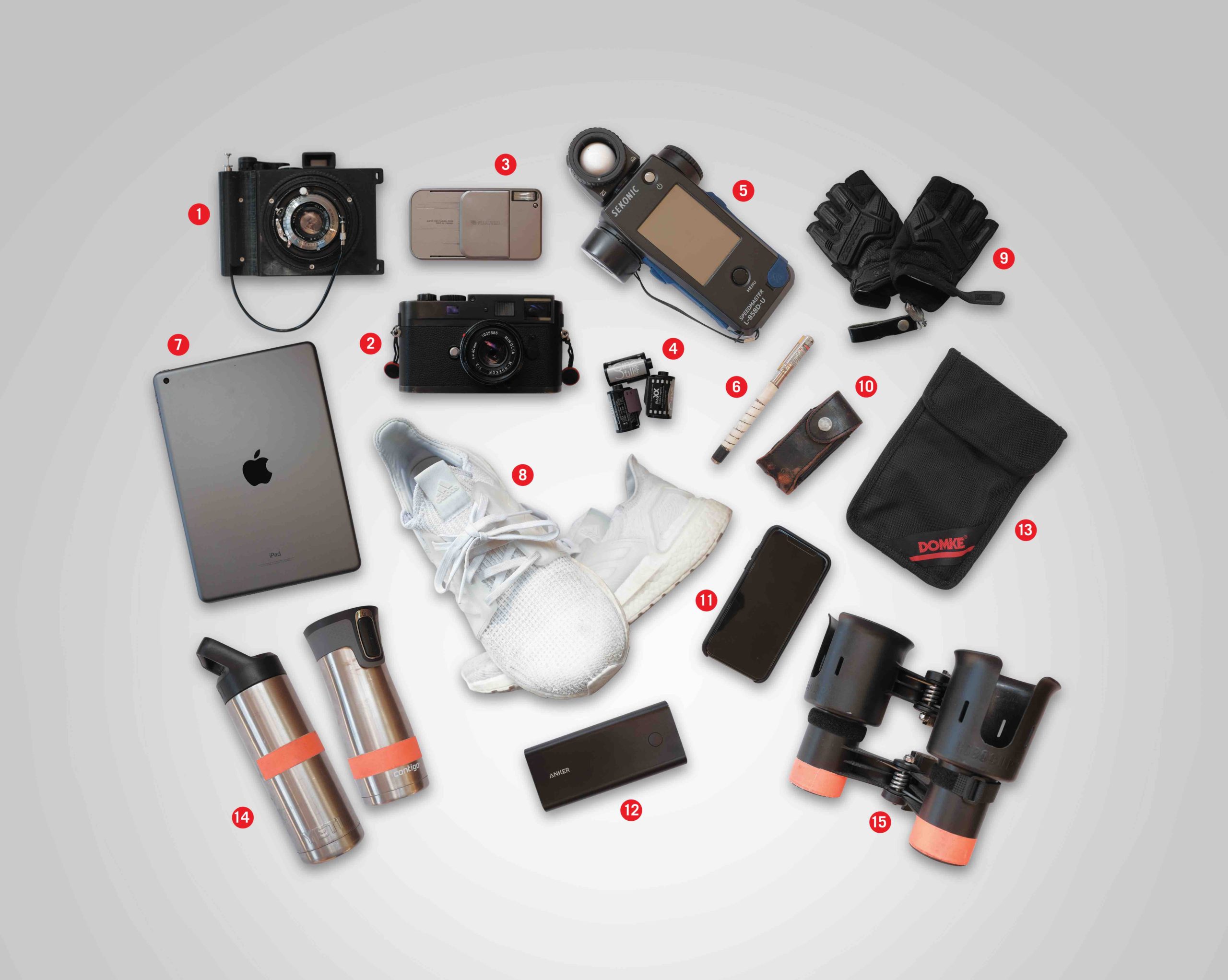 I had been looking at panoramic 35mm cameras for years, and I’d fantasized about pulling the trigger on a used Hasselblad X-Pan for a while… But the exorbitant price and fickle electronics kept giving me pause. Enter Ethan Moses of Cameradactyl. We grew up across the street from each other in The Bronx, and had developed (pun intended) parallel interests in analog photography and cinematography. He decided to challenge himself and design and 3D-print me a panoramic camera from scratch. The aptly named Brancopan arrived early on during principal photography, and never left my set bag.

I see New York City in black and white, and this camera was my everyday carry throughout pre-production and principal photography. In training yourself to “see” in black and white, I’ve found that having a digital camera allows you to quickly snap and share with the rest of the crew what the scene will look like once the dailies come back. The Leica Monochrom has a CCD sensor with it’s Bayer Color Filter removed. This results in increased sensitivity and sharpness, and the results are beautiful and filmic.

This is my trusty little 35mm point-and-shoot that I’ve had for years. The lens is sharp and contrasty, and this little guy punches well above its weight class.

This is essentially re-rolled Eastman 5222. I could’ve bulk loaded cassettes myself, but when you’re prepping a feature, the convenience of being able to purchase the stock ready-to-shoot far outweighs the cost savings of buying in bulk.

I’m part of a dying breed of DPs that habitually use a light meter on every setup, digital capture included. When shooting a feature on 35mm, that habit is rewarded tenfold. If cinematography is math, my lightmeter is my calculator. Sure, I could do the math on exposure compensation due to filtration… But I have better things to think about while shooting a run-n-gun feature.

We were shooting long takes, and often covering scenes in one shot. I kept most of my lights rigged in the sky and out of the way. This laser pointer (gifted to me over a decade ago by the gaffer I came up working for) was an essential tool in being able to pinpoint specific rigging points and communicate effectively with Gaffer Tyler Harmon-Townsend and Key Grip Scott DeAngelo.

Director Radha Blank and I shot listed the entire film in prep… But a feature film is a constantly changing beast. I had my iPad loaded up with the latest script and shot list, and was able to blast out any shot list changes to the crew instantly.

True story: I once gave myself a concussion while operating handheld in a pair of boots. I couldn’t feel the ground beneath my feet and I fell backwards into a lamp post. Since then I’ve been on the hunt for a pair of shoes that offer the perfect balance of all-day support, but also allow me to feel the ground through the shoe. I finally found them in Adidas Ultraboosts. For Forty-Year-Old Version, I bought a fresh pair in bright white, and tracked their descent to stained brown and grey on my Instagram stories. The death blow came when a background actor stepped on my foot during a take. RIP clean white Boosts.

I have a really funky way of operating handheld. I tuck the right grip into the crook of my right elbow, and wrap my fingers around the top rosette of the left grip. My left hand gently guides the bottom of the left grip for tiny moves and micro-corrections. Wearing padded gloves keeps my palms from bruising, and the backside of the glove is more useful than you’d think for wiping sweat from my brow between takes.

I’ve had this trusty guy since my days as a non-union grip in NYC 15 years ago. It’s always on my belt, ready to go at a moment’s notice.

When shooting a feature, the hours can be long and punishing. When I’m shooting on the road, I always take the time to FaceTime my daughter on her way to school, and before bed.

On a good day, this doesn’t need to come out of my bag. On a bad day, it keeps my phone and iPad topped off well beyond second meal.

I’m always on airplanes, and this lead bag gives me hope that all my film won’t be destroyed by the X-Ray machine when the TSA refuses to hand-check.

Also read: Forty-Year-Old Version Moviemaker Radha Blank: You Don’t Have to Write at Four in the Morning

Film sets are shockingly wasteful places. By refilling my own vessels for water and coffee, I can try to minimize the amount of plastic bottles and paper cups that end up in the ocean.

With permission, I kept my RoboCup clamped to 1st AC Tsyen Shen’s focus monitor. It allowed me to keep water and coffee within arms reach. Equally useful for early mornings, as well as late nights.

The Forty-Year-Old Version, directed by Radha Blank and shot by Eric Branco, is available to stream on Netflix now. You can also listen to our MovieMaker Interviews podcast with Radha Blank on Apple or Spotify or here: