Each week, we’ll explore the subjects, issues and modes and means of production that have placed moviemakers’ foreign features in the running for international Oscar gold. The Academy releases their shortlist in December and will announce the eventual nominees in January.

Faulted for her fierce autonomous pride, Félicité (Véro Tshanda Beya Mputu), a Congolese singer in Kinshasa, is willing to part ways with relatives who owe her money, to get the police involved to get paid and to confront a wealthy man in order to save her son’s life—but she will not beg. In desperation, her dignity must remain intact. The eponymous heroine in Senegalese director Alain Gomis Félicité, won’t let herself be dragged through the mud without scratching away at a society that persist in trying to punish her for treasuring her independence.

In Senegal’s first-ever Oscar entry for Best Foreign Language Film, Gomis conducts the story guided by music, both the traditional and urban blend that the heroine performs at a local bar, as well as hauntingly used opera. Félicité is only fully alive on the improvised stage. While there, she doesn’t have to mind the pervasive questioning of her identity as a woman who doesn’t need male influences in her life. She was once married, and that relationship proves to be toxic even many years later. However, when the opportunity for an emotional partnership in which the counterpart is not seeking to tame her spirit or impose traditionalist values, the possibility of an interpersonal connection doesn’t seem so daunting.

Félicité’s visual choreography, conceived as Gomis and DP Céline Bozon let themselves be guided by what was in front of them rather than trying to control it, brims with an expressive color palette. The camera is as alive as the city, and that makes the imagines resonate with immediacy. But for all the wonders of the verité approach, Gomis also includes a handful of hazy dream sequences in which the light barely penetrates the frame. In these subconscious segments the artist and fervent mother walk in between two paths: choosing to give up the fight or stride forward into the unknown.

Representing African cinema at NYFF, Alain Gomis spoke to MovieMaker about the strong female figures that, like Félicité, refuse patriarchal values, the danger of cinematic colonization when filmmakers from developing countries imitate American moviemaking, and music as guiding force. 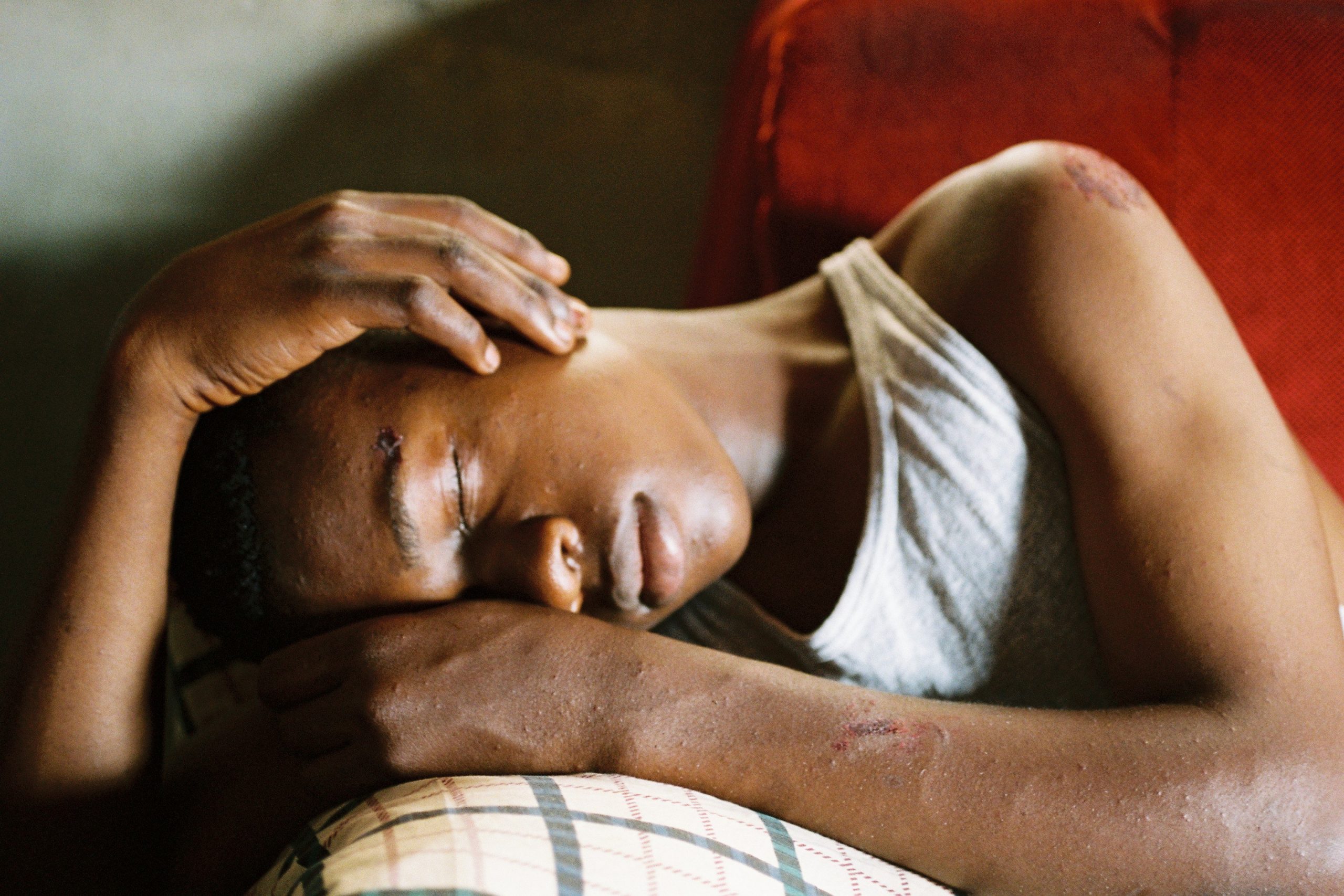 Carlos Aguilar, MovieMaker Magazine (MM): What was the inception of this project? Why did you want to make a film about a woman like Félicité?

Alain Gomis (AG): I just wanted to try to portray the kind of women that I know all around me. I didn’t see this kind of women on the screen, and for me that was surprising, so I had to do this, just to have one of these women on screen. There are millions of them.

MM: When you were creating this character, what was the most compelling element about your heroine’s journey or struggles?

AG: The journey of this character in the movie was what interested me. It was asking, “She’s strong, but maybe she too strong?” She has an ego, she doesn’t do compromises, and she has morality on her side, and she’s right, but on the other side, sometimes you have to accept the world as it is. It’s really a dialogue between her strength, her will, and the fact that maybe she has to accept things. This woman, in a way, is starting to live for real, after the accident. She’s falling down, yes, and she’s crawling back up, and maybe that’s the moment that she will begin to live for the first time.

MM: Why do you think Félicité is forced to always be stronger than everyone else around her?

AG: It’s because of the economic pressure and because a woman in this salutation, who wants to be independent, knows that everything is against her. She wants to have the minimum to survive, and I’m sure most of the people living on this planet understand that. We just have to fight every day to have the bare minimum. She wanted to stand up and say she’s proud, and she wants to be able to be independent. So she has to be that strong, because otherwise she’s going to be crushed by the world.

MM: Why was it important for the character to be a singer and someone who is so connected to music as a way to navigate her complex life?

AG: This music, for me, this mix between the traditional music and this very urban kind of playing music, this is a perfect image of what it’s like in big cities in Africa today. It’s very urban and very traditional at the same time. I wanted to be able for her to have her own voice, to not have to explain everything, and not have too much dialogue, because I had her voice also. You can hear here, and in the other way, she can remain silent, because you had her voice. You can see both sides of her.

Unleashing Mayhem: Director Joe Lynch Talks Corporate Horror, and the Joys of Shooting Outside of Hollywood Confines
How They Did It: Shooting Mr. Roosevelt in 16MM Was Masochistic, But Paid Off, Says Its First-Time Director